How Honda’s departure is leaving F1 with difficult decisions

• Honda's departure serves as a stern warning to F1 that it is on the wrong path.

Last Friday, Honda dropped 2020's biggest Formula One bombshell when they announced their intention to withdraw from the sport at the end of 2021 after a seven-year spell.

While there are immediate implications for its customers – the Red Bull and Alpha Tauri teams – the motivation behind the company's departure is unprecedented as it serves as a stern warning to F1 that it is on the wrong path.

Manufacturers dipping in and flipping out of the high-level motorsport is nothing new. A car company will walk away from high-level competition when the marketing impact and R&D outcomes of their motorsport programme are no longer seen to be in alignment with the requirements of its road car division.

So why did Honda leave this time (after stints in the 1960s as a fully-fledged team; an engine supplier in the 1980s; as a full works effort in the 2000s and finally as an engine supplier in the current era)? To mangle a quote from 2008's excellent The Dark Knight: Their involvement in the sport requires Honda to invest in technology that F1 deserves, but not what Honda as a mobility company needs right now.

Do you think it's fair Honda has decided to depart from F1 at the end of 2021? Who do you think could enter the arena to supply Red Bull and Alpha Tauri with engines at such short notice? Please email us your thoughts.

Less philosophically, but equally dramatic, Honda has declared its intention to be carbon neutral by 2050, with the requirement that two thirds of all their cars be EVs by 2030 set as the most immediate target. This commitment, viewed in light of 2040 as the year in which the EU will ban all internal combustion engines, therefore comes as a long-term survival strategy, dictating that all the company's resources – financial and technical – be redirected, and laser-focused on the attainment of this goal, and inevitably includes the brains and budgets behind the F1 programme. With the company's COO uttering cautionary phrases during the farewell announcement, like "the biggest technical challenge facing the industry in over half a century" and "the industry is going through a time of transformation that's really once in 100 years", it is clear that not only has Honda fallen out of love with F1 but, in the eyes of the automotive world, F1's chosen path of hybrids has reached the end of the road in terms of appeal, if not relevance yet, with another five long years to go before the current engine formula lapses. And there is no clear answer on what lies beyond other than a larger emphasis on biofuels.

Honda saw it and called it. As all future automotive R&D money moves into battery-electric technology – or hydrogen fuel cell-electric technology - current-gen F1 is increasingly dropping off road car manufacturers' radars from a technical and marketability standpoint. It's extremely unlikely that by 2025, F1 would have attracted a new engine supplier, but it's almost guaranteed that it would have lost another one by then. 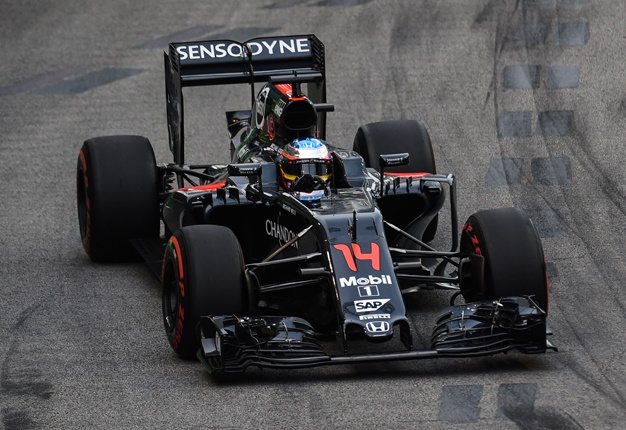 It also means that Honda doesn't fancy a return to F1 any time soon – if ever.

This leaves F1 at a life-defining crossroads, with neither of its available avenues free of obstacles.

So why doesn't F1 just fall back in line with the zeitgeist of the automotive world and become relevant again by pandering to tomorrow's technologies?

Firstly, Formula E holds 25-year-long exclusive rights to the sole FIA-recognised, all-electric, single-seater series. Secondly, technology, or rather a lack of it, prevents F1 from doing so. A Formula E car develops 250kW, weighs 800kg, and races non-stop for 45 minutes at speeds slower than Formula 3 cars. (Pole position time at this year's F3 race at the Red Bull Ring was 17 seconds slower than the equivalent F1 effort.) Those numbers fall woefully short outside the F1 ballpark, notwithstanding that the latter would require three times the power-to-weight ratio and six times the battery efficiency to achieve comparable performance. Such technology simply doesn't exist, and won't – for a very long time.

And hydrogen? Its energy density is between a quarter and a third of petrol – and that's before talking about the energy that's required to manufacture it, which, in case you're wondering, is even more than that required to produce batteries. On the other hand, if F1 stops trying to force its square peg into the round hole of mobility technology and unshackles itself from its biggest inhibitor – the obsession with road relevance in an attempt to attract more manufacturers, the series can move to less complex, cheaper engine solutions produced by private specialists, such as Cosworth, Judd or Gibson. This, while at the same time no longer standing in servitude of self-serving automotive giants who, for too long, have held way too much sway in F1's rulemaking process, ruining the sport by creating prohibitive barriers to entry through their insistence on obscenely expensive, overly complicated and now increasingly irrelevant hybrid technology.

But even this direction is flawed. Suppose F1 shuns the hybrid gimmickry and goes back to naturally aspirated engines. How would its upcoming fan base warm to irrelevant technology originating from an era before they were even born? A pining for the past blinds one for the potential of the future. And how many suppliers would be needed to prevent F1 from becoming a spec series that – like IndyCar – is powered by just two engine suppliers (of which, interestingly, Honda is one)?

As Honda departs with the satisfaction of being the only manufacturer to have tasted victory through both its customer teams, it leaves F1 stuck between the future and the past – and disappointing everyone in the process. Honda chose the future. It's time for F1, to choose, too. Tick tock!

We live in a world where facts and fiction get blurred
In times of uncertainty you need journalism you can trust. For only R75 per month, you have access to a world of in-depth analyses, investigative journalism, top opinions and a range of features. Journalism strengthens democracy. Invest in the future today.
Subscribe to News24
Related Links
Honda faces criticism from international press after showing Formula 1 the 'middle finger'
How to fix the Formula One snooze fest - for free
Next on Wheels24
'Luck' helped Lewis Hamilton win seven F1 titles, says Max Verstappen

Get the newsletter
Lockdown For
DAYS
HRS
MINS
Brought to you by
Voting Booth
Which of these factors are prohibiting you from buying an electric vehicle as your next car?
Please select an option Oops! Something went wrong, please try again later.
Prices should be more affordable
16% - 234 votes
Our unreliable electricity source
9% - 135 votes
There's not enough charging infrastructure
11% - 153 votes
All of the above
64% - 931 votes
Previous Results
Car Doctor
Hold my ECU: Owners of tuned cars remove engine control units to prevent them...