Lewis Hamilton admits to 5kg weight gain for 2019 F1 season: 'It has been great to eat bigger portions' 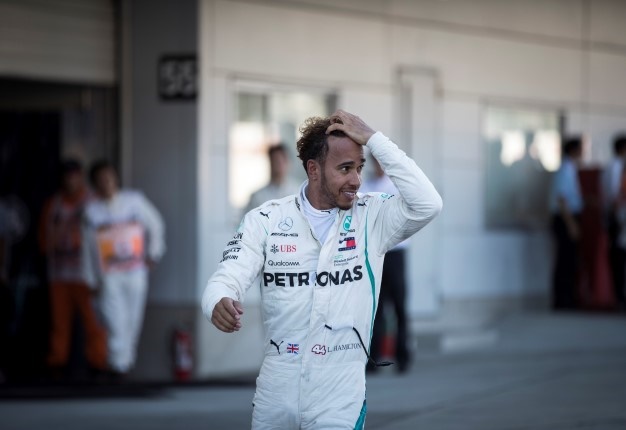 Lewis Hamilton says he has put on 5 kilograms because the weight rules have been changed for 2019.

A regular on magazine covers, the five time world champion has admitted he has enjoyed the relaxation of the rules.

It's the same story with many other drivers, who have put on between 1 and 2 kilos over the northern winter.

READ: Haas drivers admit to putting on weight for the 2019 season

"Oh, it's more with me. But I'm still within the limit, so everything's fine," Hamilton said.

Hamilton says he will be a "different athlete" for the 2019 #F1 season due to the weight-rule changes:https://t.co/oF1bP26aPK

He says he only put on muscle, but admitted he indulged in "pancakes and Cheetos".

"I am not trying to be the Hulk, but it takes time to put on muscle in the right way and it has been great to eat bigger portions," said the Mercedes driver.

"I feel in the best shape I have ever been and can lift more weights."

We live in a world where facts and fiction get blurred
In times of uncertainty you need journalism you can trust. For only R75 per month, you have access to a world of in-depth analyses, investigative journalism, top opinions and a range of features. Journalism strengthens democracy. Invest in the future today.
Subscribe to News24
Related Links
Haas drivers admit to putting on weight for the 2019 season
No comfort zone as Hamilton 'punches below weight'
Next on Wheels24
F1: Vettel needs to focus on points not trash - Ralf Schumacher