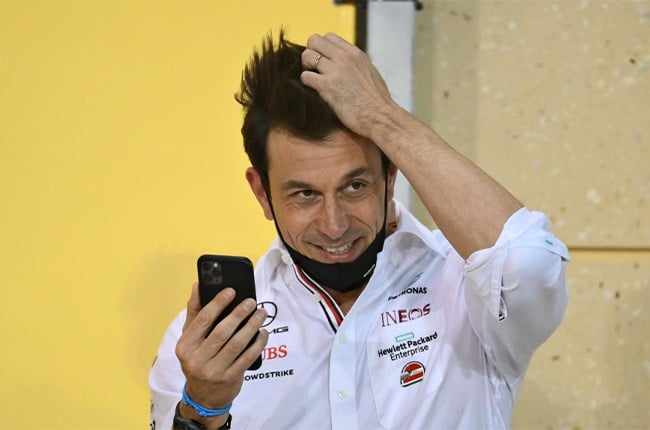 It was reported on Wednesday that Max Verstappen's father, Jos, allegedly lashed out at Merc's Toto Wolff in an interview with F1 Insider.

Jos has since denied speaking to the publication. Taking to Twitter to clear the air, the Dutch former racing driver said: "Heb helemaal geen gesprek gehad met F1 inside" (Haven't had any conversation with F1 Inside at all).

F1 Insider has removed the original article from its website without any update.


Max Verstappen's father has advised Toto Wolff against picking up the phone to him in the future.

After the Red Bull driver's huge 51G shunt and brief hospitalisation on Sunday, Max and Jos Verstappen spent the night in a motel near Silverstone before returning to Monaco.

"Max is doing well so far.  He's ok," Jos Verstappen told f1-insider.com. The publication has since removed the original story.

"But it was an extremely hard impact. Max was winded. That's why he didn't want to say anything at the beginning in order to catch his breath."

Verstappen senior has no doubt that Lewis Hamilton was entirely to blame for the incident.

"It was Max's corner. Lewis accepted a collision in a very fast and therefore dangerous corner," he said.

Do you think Jos Verstappen's comments are fair considering Lewis Hamilton had no idea Max was in hospital until after his celebrations when he found out in interviews after the race? Please share your thoughts in the comments section below.

But Jos is also furious with Toto Wolff, for not rebuking Hamilton's wild post-race celebrations while Verstappen was having his brain scanned in hospital.

"You don't celebrate a victory with such euphoria when your colleague is still in the hospital," Verstappen senior charged.

"As for Toto Wolff, we had good contact for years. He kept calling us with a honey-mouth and I think everyone knows why. But he didn't call yesterday.

"He no longer needs to call us anymore," Jos concluded.

Jos has since tweeted that he has not spoken to Fi Inside at all:

We live in a world where facts and fiction get blurred
In times of uncertainty you need journalism you can trust. For only R75 per month, you have access to a world of in-depth analyses, investigative journalism, top opinions and a range of features. Journalism strengthens democracy. Invest in the future today.
Subscribe to News24
Next on Wheels24
Verstappen only has a 'stiff neck' after huge F1 crash - Marko