McLaren CEO Zak Brown feels F1 is being 'held hostage' by 'chequebook racing teams' who have failed to grasp the concept of what a budget cap means.

In 2021, Formula 1 introduced a cost cap of $145million levelled at the likes of Mercedes, Ferrari and Red Bull to help their rivals try and compete on a more level playing field.

Brown now claims lobbying is going on behind the scenes to increase the limit, with sprint races being used as the excuse. Sprint races were introduced in 2021 for three Grands Prix. This year, six races will feature as sprint races. In a column on the McLaren website, Brown gives his opinion on issues concerning the budget cap by the big F1 teams. He wrote: "We must continue to drive economic sustainability across the sport. Some teams still look for excuses to raise the cost cap and win world championships with chequebooks.

"The ongoing lobbying by certain teams to increase the cost cap for sprint race damage is a continuing example. The Saturday sprint race initiative by F1 has added new viewers and raised the sport's profile to expand its global fanbase. However, these teams continue to demand a raise to the cost cap by an inordinate amount of money, despite the clear evidence that little damage was incurred during these races last year, in a thinly veiled attempt to protect their competitive advantage from being eroded.

"The current governance structure of the sport enables a situation where some teams, to protect their own competitive advantage, are effectively holding the sport hostage from what's best for the fans and therefore the sport at large. These teams seem unable to accept that a budget cap is in the best interests of the sport and cannot kick their habit of spending their way to the front."

The McLaren CEO spoke about how the cost cap had benefited them.

Brown added: "The combination of our talent and know-how with investments from our shareholders, partners, and robust financial stewardship has positioned us well for the next stage in our competitive journey. And our opportunity to be competitive has been underpinned by introducing the budget cap in F1.

"With the spending limit reducing to $140m this year and $135m next, the new financial regulations present us - and the sport as a whole - with a fairer framework to compete by reducing the inevitable advantage of the biggest-spending and best-resourced teams." 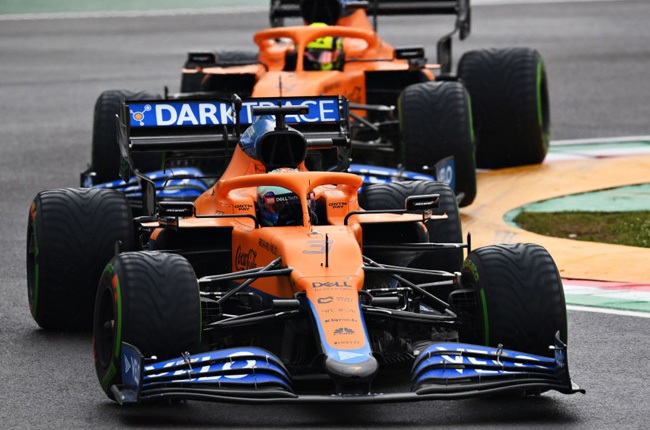 McLaren's 2021 F1 car
Getty Images Clive Mason
We live in a world where facts and fiction get blurred
In times of uncertainty you need journalism you can trust. For 14 free days, you can have access to a world of in-depth analyses, investigative journalism, top opinions and a range of features. Journalism strengthens democracy. Invest in the future today. Thereafter you will be billed R75 per month. You can cancel anytime and if you cancel within 14 days you won't be billed.
Subscribe to News24
Next on Wheels24
'Johannesburg is more likely' - SA 'close' to finalising deal with Formula One for an Africa GP

Get the newsletter
Lockdown For
DAYS
HRS
MINS
Brought to you by
Voting Booth
Do you think Mercedes will return to form later in the 2022 F1 season after two poor races?
Please select an option Oops! Something went wrong, please try again later.
Yes, don't discredit them.
33% - 453 votes
Who cares, F1 is exciting again!
44% - 593 votes
No, it's Ferrari's turn to dominate again.
23% - 314 votes
Previous Results
Car Doctor
How much it costs to replace tyres if you buy one of SA's 5 most popular vehicles