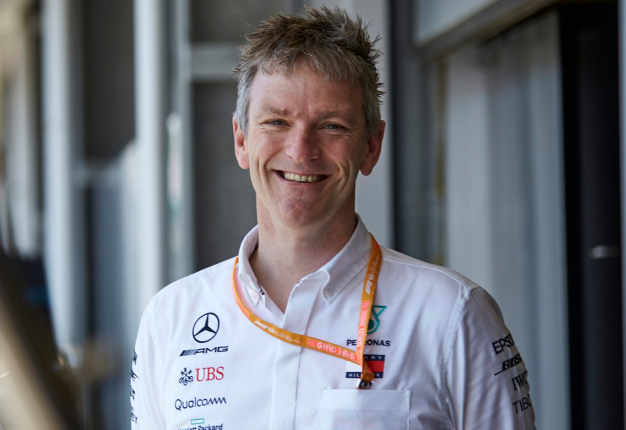 Mercedes-Benz's Formula 1 team technical director James Allison opens up what gives Lewis Hamilton the edge and discusses how hard it was to return to the sport after the death of his wife in 2016.

Allison was a guest on the team's in-house Youtube channel, and the 30-minute long chat uncovered some valuable insight from one of the sport's great engineers.

"The season gives a sense of structure, purpose and discipline to the lives of anyone who's lucky enough to be in a F1 team, the 52-year-old, qualified pilot said.

Allison shared about how he has been keeping busy in isolation, how his job has evolved over the years, on joining Mercedes, working alongside Toto, the great champions who have raced his cars, and how after 29 years he still loves F1 as much as ever.

Allison opens up about the tragic loss of his wife Rebecca who died suddenly of meningitis in March 2016, and how team boss Toto Wolff took a gamble on a 'grieving' man to join Mercedes from rivals Ferrari only a year later.

“I am still grieving today four years on, but then I was crying in the car on my way into work and crying on the way home,” Allison said.

It's really interesting to hear someone in the sport speak openly about their private life.

On Hamilton, Allison says: "He’s one of the oldest drivers on the grid now, still drives like one of the youngest but in a career of multiple championships and countless wins, you’ll struggle to find a moment on the track where you’ll see Lewis doing something ugly."

Hamilton has scored three of his six world drivers' championships and three constructors' titles under Allison. For those Hamilton-skeptics, Allison says the 35-year-old driver has not lost his one-lap intensity.

"I do think there comes a time where the driver’s racecraft is still incredibly strong but that last little extra special something that gives them the qualifying genius starts to slip through their fingers,” he said.

We live in a world where facts and fiction get blurred
In times of uncertainty you need journalism you can trust. For 14 free days, you can have access to a world of in-depth analyses, investigative journalism, top opinions and a range of features. Journalism strengthens democracy. Invest in the future today. Thereafter you will be billed R75 per month. You can cancel anytime and if you cancel within 14 days you won't be billed.
Subscribe to News24
Related Links
'I miss racing every day' - Lewis Hamilton
Hamilton ready to stick with Mercedes 'dream team'
Next on Wheels24
Ferrari's Leclerc recovers from spinning error to clinch Spanish Grand Prix pole