OPINION | 'As long as Bottas remains inconsistent, he will never beat Hamilton' - reader

• Bottas is struggling to carry his Friday performance into the race on Sundays.

In the closing stages of October 2020, Wheels24 published an article on Valtteri Bottas and under which circumstances he could have won this year's Formula 1 championship.

In it, we noted that if the points were allocated on a Friday during the first practice session, Bottas would have had the advantage over his more illustrious team mate and defending champion, Lewis Hamilton.

As always, we encouraged readers to share their opinion on the matter, to which Neil Hamilton obliged. Hamilton, not a big fan of the driver whom he shares a surname with, acknowledges that there is very little Bottas could do to overthrow the champion, and shares his thoughts on the matter. No chance at all

Neil Hamilton writes: "A seemingly refreshed Valtteri Bottas striving for his first world title vs. a dominant and utterly faultless Lewis Hamilton. Did the Fin ever have a chance? Frankly, no. Hamilton is operating on a different plane to anyone else on the grid. Bottas has started well, as he usually does, and on Fridays has topped most of the free-practice time sheets showing that he has pace.

"He has also pushed Hamilton hard for poles, although most of the time ending second on the grid by milliseconds. However, where he has consistently failed is in the race. He's been unable to prevent his Mercedes team mate taking the largest share of race wins, as well as beating any and every record in his path as he has cruised to his 92nd win - virtually cementing his seventh F1 championship last weekend in Portimao.

READ: How Valtteri Bottas could have been F1 champion in 2020 if these things went in his favour

"Why is this? Surely he has equal equipment, and indeed, he does. Mercedes does not even allow for split strategies, such as we had heard Bottas request via radio on at least two occasions (Mugello and Portimao) when it was clear he did not have the pace of Lewis. As stated, Bottas is up to speed very quickly on a Friday, through the Saturday and into qualifying. But it's in quali and in the race where Hamilton beats him. Consistently.

"It was recently stated in the media by one of the Mercedes engineers, as well as by Toto Wolff, that Hamilton operates at a too high level, and is focused on learning, adapting, and fine-tuning his car and driving to extract every bit of performance from it. He also rarely makes mistakes and is consistent to the point of metronomic boredom. 45 consecutive points finishes speak on its own. 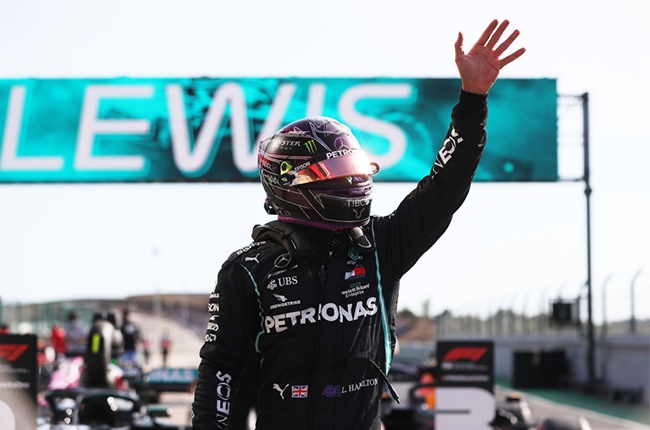 "Another area where Hamilton is good is tyre management. Yes, we hear him moan about tyres often, but I believe many times it is more for the benefit of other teams and fans, duping all to believe he has issues, when in fact he has been managing his pace and tyre usage perfectly. In fact, if there is one area where Bottas is soundly beaten, it's tyre management. He was quick in Portimao, then fell away. Hamilton himself said it was all about temperatures and tyre management, and he pre-empted that by working on his setup all weekend, and, on Sunday, after a shaky start, blew the field away with the highest winning margin of the season.

"As long as Bottas remains inconsistent, is unable to manage his pace as well as Hamilton, and doesn't put Hamilton under any pressure, he will have no chance of beating him. It says something then of what Nico Rosberg was able to achieve by beating Lewis in 2016 - and as a direct result, Lewis has come back even better.

"I'm no fan of the man, but there is no denying that of the current breed of F1 drivers, Lewis Hamilton is simply the best. The record books will say he is the best of all time. Numbers and records attest to that empirically. Some will differ, and refer to Schumacher, Senna, Prost, Clark and Fangio. The fact is eras are difficult to compare, and each was the best at his given point in history.

"For Bottas to win a title, he now needs to beat a six (soon to be seven!) time world champion, with 92 race wins, at his peak, in the most dominant car in F1 history… the odds are pretty stacked against him!

"However, I do hope I get a "to whom it may concern" message from him more often. I like Valtteri. Underdogs surprise us at times." 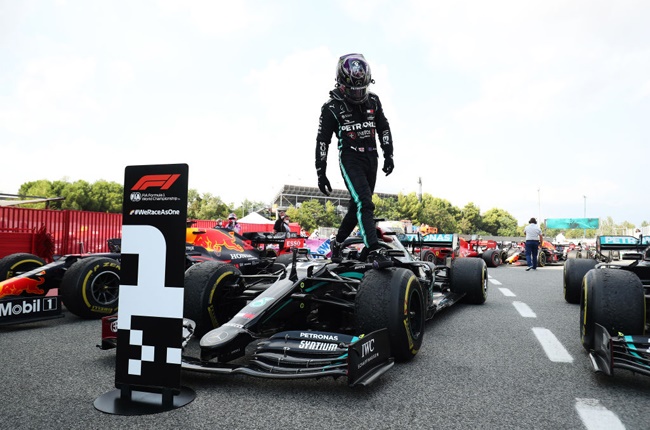 We live in a world where facts and fiction get blurred
In times of uncertainty you need journalism you can trust. For 14 free days, you can have access to a world of in-depth analyses, investigative journalism, top opinions and a range of features. Journalism strengthens democracy. Invest in the future today. Thereafter you will be billed R75 per month. You can cancel anytime and if you cancel within 14 days you won't be billed.
Subscribe to News24
Related Links
How Valtteri Bottas could have been F1 champion in 2020 if these things went in his favour
Bottas needs a 'miracle' to win the 2020 F1 title
Next on Wheels24
Ferrari's Leclerc recovers from spinning error to clinch Spanish Grand Prix pole