Red Bull and Renault to split? 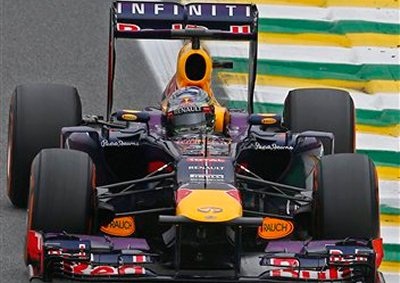 <b>TROUBLE IN PARADISE:</b> Red Bull and Renault's never-ending problems could be the demise of a perfectly good relationship - as rumours surface over a possible split between the two. <i>Image: AP</i>
LONDON, England - Inevitably, as the scale of Red Bull's crisis has become clearer, rumours of possible splits are now beginning to emerge.

Many of the reigning F1 team's problems are undoubtedly down to engine supplier Renault and the French marque's struggle with the new V6 'power unit' rules.

It is no surprise Red Bull, having won every title on offer since 2010 and every grand prix on the trot since July 2013, is supposedly on the move but team boss Christian Horner on (Mar 6) played down rumours of a switch to Honda, the incoming works supplier of turbo engines to McLaren for 2015.

It is said Honda is the logical choice for Red Bull, given the fact F1's existing engine suppliers, Mercedes and Ferrari, are arch rivals, Horner said: "There's still a huge amount of trust (between Red Bull and Renault).

"We're certainly not looking outside the current agreement we have.".

Also rumoured to be eyeing greener grass is World champion Sebastian Vettel, despite Red Bull playing down rumours he recently threw a "hissy fit" when he realised the extent of the team's 2014 problems.

But with Red Bull so obviously struggling, the Ferrari rumours were never going to be far down the road. Vettel insists: "I'm not a guy who runs away when it gets difficult.  That's the case both in my work and privately. Of course there are always those who want to tell you the grass is greener somewhere else, but we shouldn't forget the values of honesty, loyalty, the handshake.

This should apply especially when things are not going your way."

Vettel refused to pin all the blame on Renault: "Everybody has made mistakes, but we are a team that has had so much success and now we are sticking together."

He said he not setting any goals or even expecting the worst in Australia on March 16 2014, where many pundits are tipping a struggle for Vettel to emerge even from the first qualifying.

Vettel said: "Once we are there, we will do the best job we can and then adjust our goals accordingly. If we are competitive, of course I want to win again. But at the moment it makes no sense even to talk about the title."

We live in a world where facts and fiction get blurred
In times of uncertainty you need journalism you can trust. For only R75 per month, you have access to a world of in-depth analyses, investigative journalism, top opinions and a range of features. Journalism strengthens democracy. Invest in the future today.
Subscribe to News24
Next on Wheels24
How F1's checks and balances forced a zero sum game