Rosa 'proud' to be with Alonso 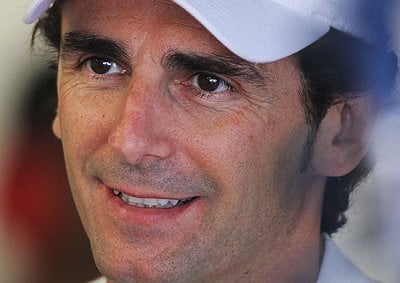 <b>RESPECTING A VETERAN:</b> Pedro de la Rosa has not had much success in Formula 1 especially in the past few years moving from McLaren, HRT and now Ferrari.
MADRID, Spain - Pedro de la Rosa said the fact Fernando Alonso "wants" to work with him at Ferrari has made him "very proud".

Test driver Rosa has joined his former McLaren colleague at Ferrari for the 2013 race season. The 2012 HRT driver said: "That Fernando wants to work with me makes me very, very proud. Not because he is Spanish, but because he is the best."

'GOOD, BUT NOT THAT GOOD'

Meanwhile, Rosa denied media reports that he was signed up by Ferrari because the Maranello-based team was developing an all-new driver simulator.

"A new simulator for me?  I'm good, but not that good! There is no such project, we have started a job and will develop what we have, which is perfectly valid.

"What is certain is that, with the number of changes to the regulations for 2014, we have a lot of work to do in the simulator, and that's one of the reasons I'm here - the amount of work F1 teams have to do is huge."