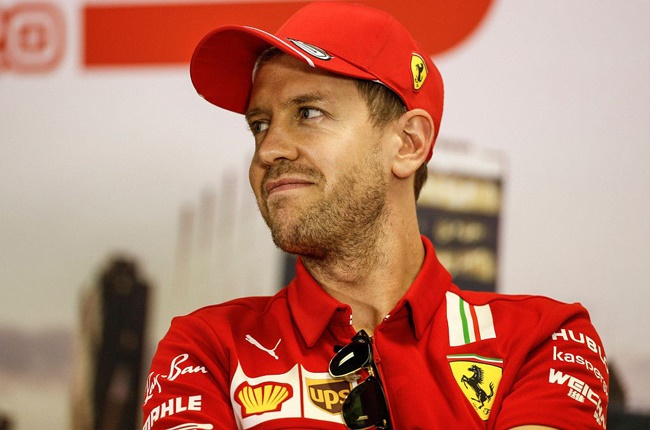 • Vettel does not have a passion for racing - Montoya

• Vettel teaming up with Hamilton will be 'spectacular'

Former Formula 1 driver, Juan Pablo Montoya, believes there are just two options for Sebastian Vettel: To sit in a Mercedes or to sit on the couch.

Vettel announced last month that he would be leaving Ferrari at the end of this season, with the two parties declaring there is no longer a "common desire" to work together.

Vettel has been linked to a move to Mercedes with fans and pundits alike keen to see him take on Lewis Hamilton machinery. However, if that doesn't happen, Montoya reckons the four-time World Champion could walk away from motorsport altogether.

Do you agree with Montoya that Vettel should quit F1 if he can't drive for Mercedes next year? Email us.

Racing not his passion

Although the last World Champ to quit F1, Fernando Alonso, has tried his hand at several other series, Montoya doesn't think just racing is Vettel's passion.

He told Motorsport.com: "For me, in his position, it is either going home or to Mercedes. It all depends on how much love he still has for motorsport. Because look, when a person like Fernando… he is like me, he likes to run. Fernando, whatever they put him in, if it has an engine, he's going to run. And so am I.

"Vettel, one does not know how much passion he has for motor racing in general or just F1."

The Colombian feels Vettel could be "spectacular" for Mercedes, especially when teamed up with Hamilton.

READ: Ferrari team boss would be 'very happy' if Vettel makes the move to Mercedes in 2021

The right nationality for the team, Vettel's arrival - should it happen - would mean the end for Valtteri Bottas, who joined the team at the start of 2017. Bottas, though, has never been a fixture at Mercedes, only ever handed one-year contracts.

Montoya says: "One thing that Vettel has with Mercedes is very good that he is German. If you look at the last years, they have always doubted to affirm Bottas. Or at least what they want from Bottas, I don't know if he has never been what they want or what it is, but if you look at Bottas it is always a year (contract) and then it is very difficult to grow when there is no stability.

"When you are thinking that they are going to throw you out all day, it is very difficult to drive fast. It depends on what Mercedes wants to do. Having Vettel and Hamilton in the same team would be spectacular for Mercedes."

We live in a world where facts and fiction get blurred
In times of uncertainty you need journalism you can trust. For only R75 per month, you have access to a world of in-depth analyses, investigative journalism, top opinions and a range of features. Journalism strengthens democracy. Invest in the future today.
Subscribe to News24
Related Links
Ferrari team boss would be 'very happy' if Vettel makes the move to Mercedes in 2021
Former team mate believes six years at Ferrari 'wore Vettel out'
Next on Wheels24
Ferrari confirms unveiling date for new car to challenge 2022 Formula 1 season with