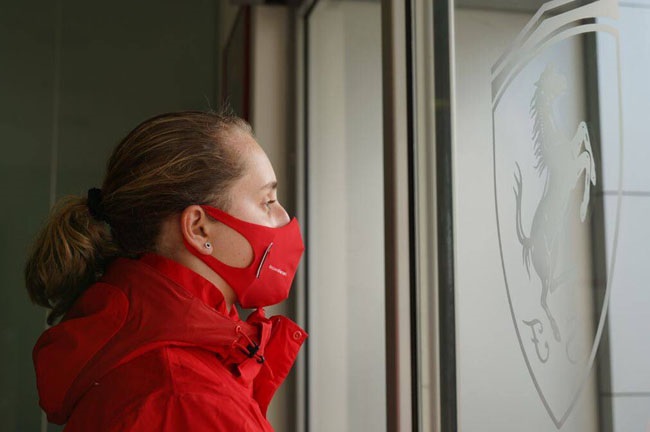 16-year-old Maya Weug is the first female to be signed up at the Ferrari Driver Acdemy.
Scuderia Ferrari/Maya Weug

Ferrari on Friday signed up 16-year-old Maya Weug, the first female to join their academy which has nurtured the talent of Formula one drivers like Charles Leclerc.

Weug, born and raised in Spain, will compete in Formula 4 this year backed by the academy which also counts Formula One rookie Mick Schumacher among its success stories.

The teenager of Dutch-Belgian origins began racing in a secondhand kart shared with her brother at the age of seven in 2011.

While a number of women drivers have attempted to qualify for a Formula One Grand Prix the last to succeed was Italian Lella Lombardi in 1976.

So happy to be going to the next phase of the @fiawim Girls On Track - Rising Stars ?? program! In a few weeks time we’ll be driving around @circuitpaulricard with the F4 of @winfieldracingschool

Massive thanks to everyone making this program possible! pic.twitter.com/JCwEByp9QK

We live in a world where facts and fiction get blurred
In times of uncertainty you need journalism you can trust. For only R75 per month, you have access to a world of in-depth analyses, investigative journalism, top opinions and a range of features. Journalism strengthens democracy. Invest in the future today.
Subscribe to News24
Related Links
Vettel was never interested in changing Ferrari's mind
How bizarre: Kimi Räikkönen’s rollercoaster ride to Ferrari’s last driver’s championship
Vettel: 'I made mistakes, but I haven't forgotten how to drive'
Next on Wheels24
'No big secrets' - Sebastian Vettel plays down selling his Ferrari road cars