That's a pretty penny! These are the 5 highest-paid Formula 1 drivers in 2021 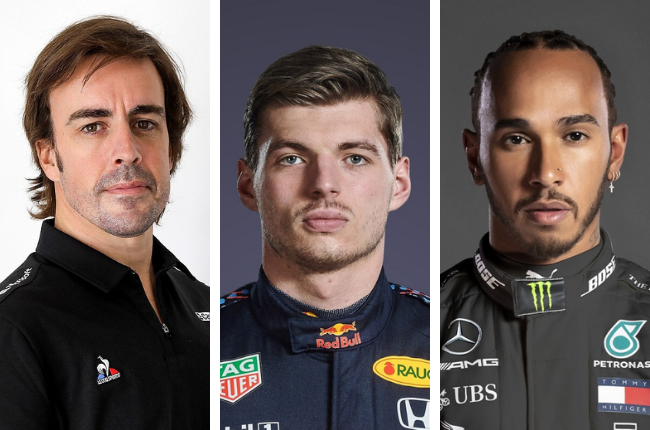 The highest-paid Formula 1 drivers in 2021

• Lewis Hamilton is the highest-paid Formula 1 driver in 2021.

• Max Verstappen and Fernando Alonso are the next best-paid drivers.

Formula 1 is an expensive sport. From track fees to broadcasting costs, and salaries to running costs, it's a costly exercise that often sees new teams fold under pressure. But depending on which team you are, one of your most significant expenses is driver salaries. Some teams, like Mercedes-AMG, spend millions on their drivers, while Williams, for instance, spends $1.0 million on each driver.

While $2.0m on drivers might seem like a large amount of money, Williams will be the last to complain when they look at teams like Mercedes, Red Bull Racing, and Alpine.

However, drivers will do all they can to extract the maximum salary out of their teams because a salary cap will be introduced in 2023. When introduced, teams will only spend $30 million on its two drivers and one reserve driver. This means that someone like Max Verstappen would have to take a pay-cut to accommodate the new rules.

Do you agree with F1's salary cap that will come into effect in 2023? Email us with your thoughts or use the comment section below. Though exact salaries are not confirmed, RaceFans estimates the class of 2021's wages.

Leading the field is Lewis Hamilton (Mercedes-AMG), with a reported annual salary of $30 million. At the end of the 2020 season, Hamilton was reportedly earning around $40m per year, but his new deal (a one-year contract with the option to extend into 2022) saw him take a reduced salary. Despite him being a seven-time champion and rewriting the sport's record books, it wasn't enough to warrant a hefty paycheck. And with Williams driver George Russell waiting in the wings to take over, Hamilton had little choice but to agree to the new deal. Verstappen (Red Bull Racing) is the driver with the next highest salary. In 2021, he will earn a reported $25m! Remember, Verstappen has not won a drivers' championship, he's won 11 races and secured four pole positions. Yet, his racecraft has made him one of the most revered drivers on the grid. Add to it that he's continuously putting in the best performance - just like Hamilton - and you have a driver Red Bull Racing would keep at any cost. Literally. Fernando Alonso (Alpine) returned to F1 in 2021 after stepping away at the end of the 2018 season. Upon his return, Alpine agreed to pay him $20m per year. In return, he'd have to help the team advance to a more competitive level (challenging Mercedes and Red Bull), but Alonso made it clear that their target should be 2022 when the technical regulation overhaul kicks in. Alonso won the F1 drivers' championship in 2005/6 with Renault (now Alpine) and is a proven race winner with 32 victories under his belt. Sebastian Vettel (Aston Martin) and Daniel Ricciardo (McLaren) are each paid $15m in 2021, despite them being different calibre drivers. Vettel won the drivers' championship between 2010 and 2013 - four on the trot with Red Bull - but has failed to rekindle that x-factor since 2014 when the new turbo-hybrid era kicked in. He left the team for Ferrari at the end of that year, ironically, after Ricciardo wiped the floor with him.

Ricciardo joins McLaren after two challenging seasons at Renault, but brings a wealth of experience the team can bank on. Both Vettel and Ricciardo are new additions to their respective teams, but both are hungry enough for more race wins. 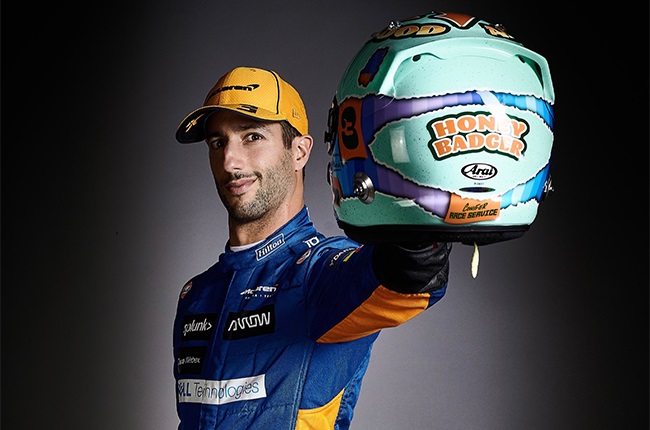 Daniel Ricciardo
Twitter McLaren F1
We live in a world where facts and fiction get blurred
In times of uncertainty you need journalism you can trust. For 14 free days, you can have access to a world of in-depth analyses, investigative journalism, top opinions and a range of features. Journalism strengthens democracy. Invest in the future today. Thereafter you will be billed R75 per month. You can cancel anytime and if you cancel within 14 days you won't be billed.
Subscribe to News24
Next on Wheels24
First Leclerc's watch in Italy, now Vettel's bag stolen in Barcelona