'The dangerous times are over' - How Senna's death made F1 safer 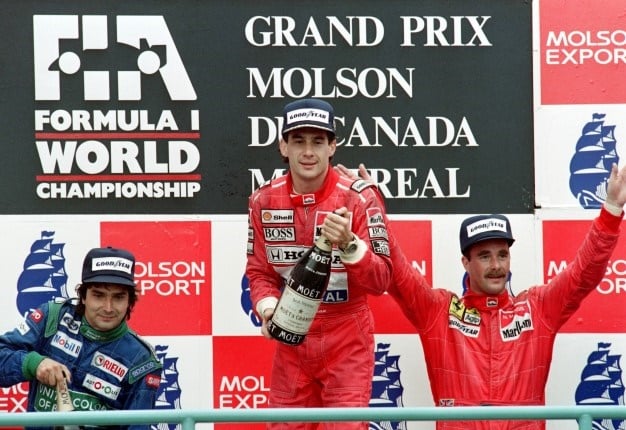 The death of Ayrton Senna 25 years ago changed Formula 1's attitude to safety to such an extent that only one driver, Jules Bianchi in 2014, has since suffered a fatal accident.

Then came the black weekend at Imola at the start of May 1994 when Roland Ratzenberger died in qualifying on the Saturday and Senna in the race on the Sunday.

Those deaths rocked the drivers and the international motorsports federation (FIA).

Senna's former teammate Gerhard Berger, told AFP: "We got too confident that the dangerous times were over. We realised that it had not changed at all and that we had got lucky for a while. That shook the FIA, the teams, the drivers. After this, everybody joined forces together with the FIA in the lead and it came to a very good result."

An Italian court eventually blamed a break in a hastily adapted steering column on Senna's Williams car for the crash.

"Regardless of whether that steering column caused the accident or not, there is no escaping the fact that it was a bad piece of design that should never have been allowed to get on the car," said Adrian Newey, who helped design the car and is considered the best F1 engineer, wrote in his autobiography in 2017.

He also wrote that the crash was linked to the instability of the Williams.

After the car hit a concrete wall on the Tamburello corner at more than 200 km/h, the right front wheel and suspension were hurled into the cockpit.

A piece of metal hit Senna's head and killed him.

In the following days, drivers, including Michael Schumacher, Niki Lauda and Berger, reformed the Grand Prix Drivers' Association and called for a reduction in speed, which was introduced for the Spanish Grand Prix at the end of May.

By Canada in mid-June, the cockpit had been lengthened and reinforced and the suspension strengthened.

The next season, 1995, brought higher norms for crash tests.

In 1996, the protection round the driver's head was reinforced. In 1998, the wheels were attached to the car by tethers to stop them flying off.

A head and neck support system (HANS), which attached the helmet to the shoulders and is designed to protect the spine, was introduced in 2003.

It was followed last season by the halo to protect a driver's head.

F1 continued to race at Imola until 2006, but the Tamburello was remodelled in 1995 to become a chicane.

More than a third of the courses on this year's F1 calendar are "Tilkedromes", tracks designed, or renovated since 1995 by the German engineer Hermann Tilke.

They are wider, have bigger run off areas on the curves and move the fans further away.

Senna's death also altered the attitude of the public.

"The biggest difference between the death of Jim Clark on the 7th of April 1968 and Ayrton Senna on the 1st of May 1994 is that the world needed to know the answers as to why it had happened, why is this man dead, why is motor racing so dangerous?" Maurice Hamilton, the long-time Observer motorsports correspondent said in '1: Life on the Limit' a 2013 documentary on the history of safety in the sport.

"The death of Ayrton Senna was relayed by television in the living rooms of million of people around the world, to people who didn't really know about motor racing but knew of him. Somebody had to be blamed."

We live in a world where facts and fiction get blurred
In times of uncertainty you need journalism you can trust. For only R75 per month, you have access to a world of in-depth analyses, investigative journalism, top opinions and a range of features. Journalism strengthens democracy. Invest in the future today.
Subscribe to News24
Related Links
Senna-Hamilton race 'would be exciting' - Massa
'I hate the Senna movie. I really hate it' - F1 legend Alain Prost
Next on Wheels24
Why Abu Dhabi consistently delivers the dullest F1 season finales

Subscribe to newsletters
Lockdown For
DAYS
HRS
MINS
Voting Booth
How should Haas' new driver Nikita Mazepin be punished for his awful behaviour?
Please select an option Oops! Something went wrong, please try again later.
He should be removed from the team
50% - 328 votes
The FIA should give him a hefty fine.
12% - 82 votes
Won't matter, Dad's money will always save him.
38% - 251 votes
Previous Results
Car Doctor
WATCH | 10 Covid-friendly tips for road-trips in SA