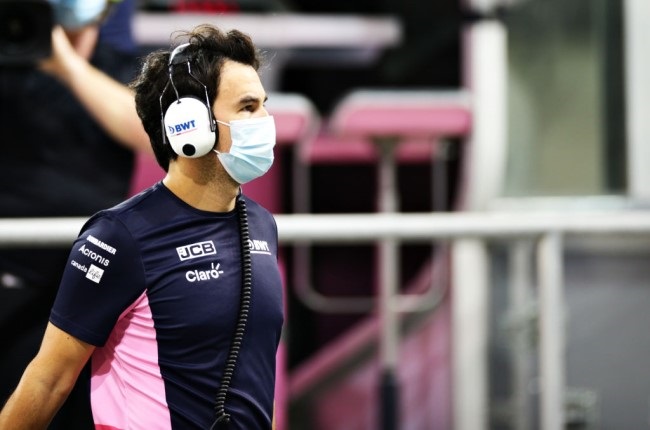 Sergio Perez of Mexico and Racing Point looks on from the pitlane after retiring during the F1 Grand Prix of Abu Dhabi at Yas Marina Circuit on December 13, 2020 in Abu Dhabi, United Arab Emirates. (Photo by Peter Fox/Getty Images)

• The Mexican driver's race ended on lap 10 after his Racing Point suffered a mechanical failure.

• 'Checo' has been linked with a move to Red Bull to replace Alex Albon.

A week after his emotional maiden triumph at Sakhir, Sergio Perez said a tearful farewell to Racing Point on Sunday when he retired from the season-ending Abu Dhabi Grand Prix.

The popular Mexican had raced from the back of the grid to win in Bahrain, but he could not repeat that trick at the Yas Marina Circuit where an engine failure wrecked his hopes.

His early retirement after 10 laps of the 55-lap contest was a setback to the Silverstone outfit's bid to finish third in the constructors championship in which they were overtaken by McLaren.

"It is sad to be leaving the team this way," said Perez, who said he retained hopes of staying in Formula 1 with Red Bull, if they chose him as a replacement for their number two driver Alex Albon.

Albon finished fourth in Sunday's race while Max Verstappen triumphed with a lights-to-flag victory in the leading Red Bull.

Not all heroes wear capes ????

"Some of them were crying at the end," said Perez.

"But, you have to remember the whole season. Well done to McLaren -- they really deserved that.

"I am leaving very happy. That team will always be my favourite team in Formula One and I look forward to seeing them winning more races.

"Who knows what will happen next? I am just looking forward to going back home. Whatever comes next, I will be ready for it."

We live in a world where facts and fiction get blurred
In times of uncertainty you need journalism you can trust. For 14 free days, you can have access to a world of in-depth analyses, investigative journalism, top opinions and a range of features. Journalism strengthens democracy. Invest in the future today. Thereafter you will be billed R75 per month. You can cancel anytime and if you cancel within 14 days you won't be billed.
Subscribe to News24
Related Links
It's the end of the road for these F1 drivers
Red Bull downplays rumours of making a move on Sergio Perez, George Russell
Next on Wheels24
First Leclerc's watch in Italy, now Vettel's bag stolen in Barcelona