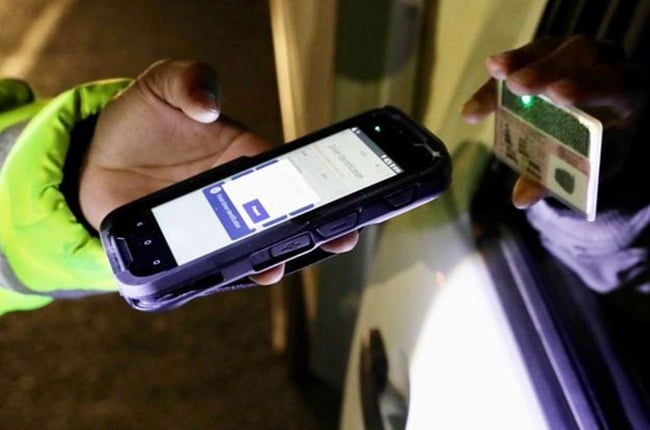 • Earlier in September the Transport department published an amendment in the Government Gazette.

• The public has until 2 October to comment about the new optional online licence card payment of R250.

• We list the various driving licence renewals costs around South Africa at the bottom of this article.

Getting or renewing a South African driving licence has always been a daunting task for many motorists, especially for those in Gauteng who are forced to use the problematic online Natis system.

Slots are never available and some motorists struggle for months before a slot becomes available - and often not in the motorist's closest area.

With much controversy, the government recently published an amendment to the government gazette, giving motorists an option to pay for their applications online instead of doing so at a driving licence testing centre.

READ | On or off? Mbalula says report of new online licence fee is 'false', but road ahead still unclear

However, we have recently discovered driving licences have various fees across the country, with Gauteng motorists paying more than double those in the Western Cape. A driving licence fee should be standard across the board. Transport Minister Fikile Mbalula tells Wheels24 why fees differ across the country. He says: "Each MEC is empowered by law to determine the fees for driving licence applications and card renewals, which explains the varying costs from province to province.

"The introduction of the online services by the RTMC (Road Traffic Management Corporation) provides an opportunity to standardise these fees because the production of the driving licence card is centralised at the Department of Transport."

This means the R250 online fee will not only apply to Gauteng or Eastern Cape motorists, but to everyone who wishes to pay for their driving licence renewal online. The time spent in a queue at a driving licence testing centre to make payment will also be cut, according to Mbalula.

When paying the R250 online optional payment, there's an additional fee of R99 to have the driving licence card delivered to your home.

We have asked Mbalula why, if the new R250 online fee is not new, is it not included in the wording of the amendment to the government gazette. The language is very misleading and might not be not clear to anyone reads it.

Mbalula says: "In terms of the current dispensation, the fee for driving licence renewal at Driving Licence Testing Centres (DLTC) for walk-in applicants varies from province to province as the respective MECs determine these. As part of a bouquet of new services aimed at improving efficiencies in issuing driving licence cards, the minister and the MECs agreed to the introduction of new services by the RTMC.

"The online service to be provided by the RTMC is a new service that allows the motorist the option of lodging a driving licence renewal application online and effect payment accordingly, as an alternative to visiting a DLTC to lodge an application. "The R250 is for the actual renewal of the driving licence through the online portal, which includes the cost of producing the card. There are no additional costs to the motorist. The fee is not new in the sense that motorists have always paid this fee when renewing their driving licences, albeit [that] it differs from province to province. The motorist is now given a choice to either walk in at a DLTC and pay the current fee or use the online application and pay R250. This method allows the motorist to lodge the application and effect payment in the comfort of their own home. This then reduces the amount of time they spend at the DLTCs as they will no longer have to queue to collect and fill forms and queue for payment.

"They will only visit the DLTC for biometrics (i.e. eye test and fingerprints). The new services also provide an opportunity for the motorist to opt to request that the issued driving licence card be delivered to their home by courier, once again saving them time that would have been spent visiting the DLTC to collect the card."

What do you think of this R250 standard rate for licence fees when paying online. It does not include fees for expired driving licences, delivery, compared to the R228 when paying for it physically at the DLTC. Do you think we should all pay the same fee for licences in SA? Please use the comments section below, or email us your thoughts here.

While these efforts are all reasonable, the core Natis system is still problematic. It does not provide a solution to those who battle to find an online slot due to unavailability. How does this R250 online fee apply to those in the Western Cape or KwaZulu-Natal if these provinces do not use the online booking Natis system?

We have asked if this R250 fee is for Gauteng motorists only, or a national fee for all South Africans. Mbalula says: "This amount will apply nationally for every motorist that elects to renew their driving licence card online."

However, the RTMC says otherwise.

According to RTMC spokesperson Simon Zwane: "The R250 online fee cannot apply to the Western Cape or any other province who still makes use of walk-in appointments and do not use the online Natis system."

Suppose you live outside the Gauteng province or Eastern Cape, where only two DLTC use the online system. In that case, it is impossible to use if you live in the Western Cape, for example, because you can't make a booking at a local DLTC because it only applies to Gauteng and the Eastern Cape.

South Africa's unemployment rate is at a record high. Most citizens can't afford smartphones or data and have no online access. Once again, a basic need will become an impossible task for everyone, especially the poor and elderly.

But it begs the question: Why can't licence fees be standard across the country? Why can't we all pay R140 as those in the Western Cape do?

There is no website which gives the prices of driving licences across the country. The South African government's site states: "Contact your local licencing office to find out the cost."

The City of Joburg gives a list of six driving licence testing centres across Gauteng; not a single centre answered the phone. I spent the better part of Thursday morning trying to find out the cost of a driving licence card renewal via telephone, and no one answered - not in Midrand, Alberton, Randburg, or Roodepoort, or Sandton, and many more. What is our motoring public to do?

The transport department has a surplus of R262 million. Surely they can afford to create a website with something as simple as driving licence costs across the country.

The Automobile Association of SA says: "Mbalula talks about the options people have in Gauteng in terms applying for your driving licence or renewal, but the truth is they don't have any options because walk-in appointments are not allowed, so they can only make their applications online and are forced to pay a higher fee of R250.

While we understand what Mbalula says about the various MECs setting a provincial rate, we have to ask why can't there be a standard rate for everyone as it would make the process so much easier if everyone knows what it is they are expected to do and pay. There also has to be a lot better means of communication because people still don't know what the options or prices are because it is not communicated to them.

"Besides the fees and problematic system, the customer service at the DLTCs are incredibly poor, and that is a problem for many people."

Here's what the current costs are in some provinces (prices exclude the cost of ID photos):

We live in a world where facts and fiction get blurred
In times of uncertainty you need journalism you can trust. For 14 free days, you can have access to a world of in-depth analyses, investigative journalism, top opinions and a range of features. Journalism strengthens democracy. Invest in the future today. Thereafter you will be billed R75 per month. You can cancel anytime and if you cancel within 14 days you won't be billed.
Subscribe to News24
Next on Life
LETTER | My driving licence card expired a few years ago, do I have to start from scratch?