The Pretoria High Court rules that the AARTO Act and its amendment are unconstitutional and invalid.

In a landmark and eagerly awaited judgement delivered earlier today, the Pretoria High Court ruled on the constitutionality of the AARTO Acts (Administrative Adjudication of Road Traffic Offences).

OUTA challenged the constitutional validity of AARTO and the AARTO Amendment Act and asked the court in October 2021 to declare both the main act and the amendment act unconstitutional.

The government initially passed the Administrative Adjudication of Road Traffic Offences (AARTO) Act into law in 1998; the AARTO Act has been in force for more than twelve years in the jurisdictions of the Metropolitan Municipalities of Tshwane (from 1 July 2008) and Johannesburg (from 1 November 2008), according to the AARTO website.

The AARTO Act was believed to have differed entirely from the Criminal Procedure Act, which has been and still is used to prosecute road traffic offences everywhere in South Africa except Johannesburg and Tshwane.

READ MORE: What to do if you're fined for an expired driving licence card 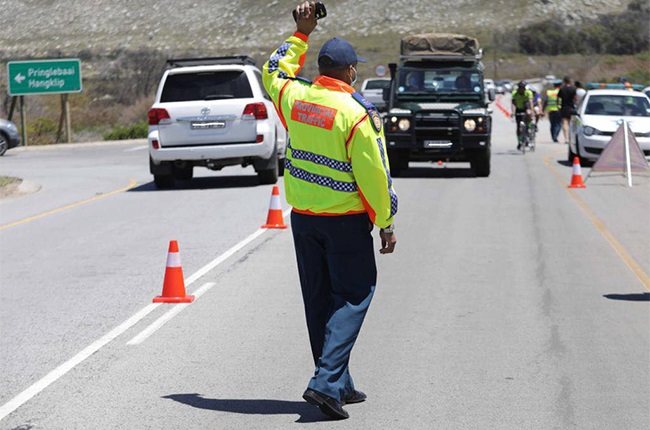 Demerit system is unconstitutional and invalid

The Pretoria High Court today delivered its ruling on the constitutionality of the AARTO Acts. Judge Annali Basson found in favour of the Organisation Undoing Tax Abuse (OUTA) and agreed with OUTA's position that the legislation unlawfully intrudes upon the exclusive executive and legislative competence of the local and provincial governments envisaged in the Constitution, preventing local and provincial governments from regulating their own affairs. The act was not about improving road safety

OUTA had raised its concerns and objections about the AARTO Act and the published AARTO Amendment Act for many years and shared its concerns with relevant authorities before the Amendment Act was published. The organisation said they believe that these pieces of traffic legislation are unconstitutional and will not assist with curbing road traffic fatalities in South Africa.

The AA (Automobile Association of South Africa) echoed OUTA's statements: "We welcome the decision as it validates our position regarding issues we've raised in relation to AARTO not promoting road safety but that it is, instead, geared towards revenue collection."

"We are very pleased with the court's decision. OUTA believes that AARTO in its current format does nothing to improve road safety, nor does it reduce the scourge of road fatalities in South Africa. We are satisfied that the judgment will be sending the government back to the drawing board. This time around, we trust the relevant departments will engage meaningfully with civil society to obtain our input when developing such important policies for the country. South Africa needs effective processes enabled by fair adjudication that complies with the Constitution," says Adv Stefanie Fick, Executive Director of the Accountability and Governance Divisions at OUTA.

Wheels24 will bring you more on this developing story, and how it will impact motorists who have received fines under the AARTO Act and its amendment.

We live in a world where facts and fiction get blurred
In times of uncertainty you need journalism you can trust. For only R75 per month, you have access to a world of in-depth analyses, investigative journalism, top opinions and a range of features. Journalism strengthens democracy. Invest in the future today.
Subscribe to News24
Next on Wheels24
SA's driving licence card printer 'in Germany' while you're forced to drive with expired card