With the High Court having ruled on AARTO, what happens to my outstanding traffic fines? A Metro Police officer talks to a motorist at a roadblock.
Nardus Engelbrecht

The Administrative Adjudication of Road Traffic Offences Act (AARTO) has been ruled unconstitutional and invalid by the Pretoria High Court. The court found that "the AARTO and Amendment Acts unlawfully intrude upon the exclusive executive and legislative competence of the local and provincial governments respectively and as such, the two Acts are unconstitutional."

The court also disagreed with Minister of Transport Fikile Mbalula's contention that any declaration of invalidity should be suspended for 24 months while Parliament rectified the Acts. The court found that were this to be permitted, then the system as a whole "would not be able to give effect to the main objective of the statute." AARTO Act drafted without sufficient care

The Automobile Association of South Africa (AA) says the judgment vindicates the mobility organisation's position stated over many years that the AARTO Act was drafted without sufficient care. "As early as a few months after the 2008 launch of the AARTO pilot project in the Johannesburg and Tshwane Metros, the shortcomings of the Act became clear in practice," it notes. "Attempts to rectify these shortcomings only created further issues, and now a court has found that the Department of Transport, in drafting AARTO, did not consider the fundamental issue of whether the system passed constitutional muster." Geared towards revenue collection, not safety

The Automobile Association, which has previously described AARTO as unworkable and geared towards revenue collection instead of promoting road safety, says it has been a vast waste of taxpayers' money which had done nothing to remedy South Africa's shocking road death rate. "There is no evidence that the AARTO pilot project has saved a single life," says the AA.

It adds that no purpose could be served by going back to the drawing board. "AARTO was assented to in 1998, and its design started much earlier. The court itself has found that the deficiencies are not curable. After almost a quarter of a century of failure, the government would be wise to concede defeat," it said.

READ: SA's driving licence card printer 'in Germany' while you're forced to drive with expired card 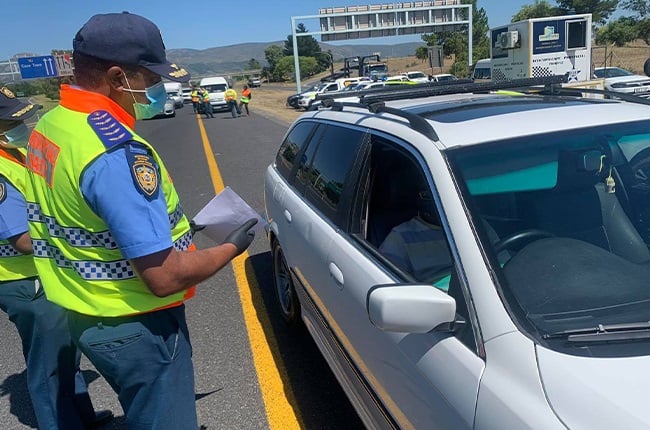 Don't throw your outstanding fines away just yet

If you have received traffic fines in Gauteng under the AARTO Act, you shouldn't get too excited that the authorities might scrap these fines now that the Act and its Amendments have been ruled unconstitutional and invalid. As per the ruling handed down by the High Court, AARTO and its Amendment Acts unlawfully intrude upon the exclusive executive and legislative competence of the local and provincial governments - these governments can still prosecute under the Criminal Procedure Act.

The Automobile Association re-iterated its previous stance, which is that traffic fines should be dealt with in terms of the Criminal Procedure Act (CPA), with some legislative amendments to protect motorists in cases where delivery of fines and service of summonses was not conducted in accordance with the law.

The AA notes: "Legally speaking, we can't confirm whether fines that were given under the AARTO Act and its Amendment will be scrapped. Our understanding is that the Criminal Procedure Act will take precedence and that the relevant authorities in areas where traffic police issued AARTO fines could still prosecute motorists for unpaid fines. If you have an outstanding fine or fines, it's advisable to seek legal advice to contest its validity if you are in a position to do so."

For now, if you have outstanding fines that traffic police issued under AARTO, it's advisable to hang onto them until the government appeals the court's ruling around the Act's unconstitutionality or there's an official announcement that government will scrap these fines. And what about points demerits?

A points-demerit system, which is one of the keystones of AARTO, could, according to the AA, be implemented as part of the judicial process.

"This is how points-demerit has been implemented in other parts of the world for half a century or longer. The AA itself called for such a system as long ago as 1963, and we would be willing to work with the government to help create it, just as we have assisted in developing many other aspects of traffic law," notes the Association.

Addressing one of the significant consequences of the judgment, the AA says that the Road Traffic Infringement Authority (RTIA), which administers AARTO, would automatically cease to exist noting that, "the RTIA is a creation of the AARTO Act itself. Without the Act, the RTIA is a nullity".

The AA concludes: "This would be a welcome step. For years the RTIA has acted outside all reasonable bounds. The Fines 4 U court case showed how the RTIA could abuse the conflicts of interest inherent in AARTO, and the RTIA's recently-dismissed previous Chief Executive, Japh Chuwe, along with other senior managers, was implicated in serious maladministration. AARTO and the RTIA have added no value to road safety and merely provided secure and lucrative employment for a select few. As such, we welcome the court's decision as a landmark in good governance in South Africa."

We live in a world where facts and fiction get blurred
In times of uncertainty you need journalism you can trust. For only R75 per month, you have access to a world of in-depth analyses, investigative journalism, top opinions and a range of features. Journalism strengthens democracy. Invest in the future today.
Subscribe to News24
Next on Wheels24
Pretoria High Court rules AARTO Act and its amendment unconstitutional and invalid