You could feel the swell of emotion in Toyota Gazoo Racing SA Dakar Team Principal Glyn Hall's voice as he rounded up the Toyota Gazoo Racing Dakar 2022 virtual post-race press conference in Johannesburg yesterday afternoon: "I remember it was about 12 years ago when we had a meeting with the late Dr Johan van Zyl upstairs here at Toyota South Africa.

"We had a deep conversation and subsequent ones about whether or not we could go to Dakar and what we could do there. I knew we were going there to win if we went, and that's what we have done. This win is a huge accomplishment for us as a team, but more importantly, this win is for Dr van Zyl."

Hall's sentiment captured perfectly the team spirit that enabled Toyota Gazoo Racing to dominate the car category in the GR DKR Hilux T1+ this year. There were too many punctures despite the move to larger wheels and new suspension. But, flat tyres weren't the only thing to worry about, as the Dakar always has new tricks to throw the way of competitors. Dakar 2022 overall winner in the cars category, Nasser Al-Attiyah, couldn't attend the press conference event. He won three out of 12 stages this year. His co-driver Mathieu Baumel was in attendance via video chat, however, and he said he was incredibly proud to have been part of the winning pair.

"When you win as a team for the first time, you can consider it luck, but when you win the second time again, you start to think there might be something there in terms of the experience that we have as a team," Baumel expounded. "Nasser and I will be back in 2023 to see if we can win again, but more importantly, for me, I felt incredible to be a part of a team that was winning every other stage of Dakar. Henk (Lategan), Giniel (de Villiers), and Shameer (Variawa) did a fantastic job driving, and their co-drivers managed to help them bring all the cars home at the end of the race, which is just amazing!" Lategan managed to win two stages this year, including the final stage. He said: "I am so pleased with my performance. It's unbelievable. When we left here, I knew we had to bring all the cars across the finish line at the end. That was the aim. We decided we're not going to push too hard and that we're going to aim for consistency to make sure we place well overall. The early punctures and my wheel coming off really got to me psychologically, but we put all that behind us to ensure we remained consistent with our performance."

His co-driver, Brett Cummings, Dakar two-wheeler turned co-driver, echoed the two-stage winner's statements: "It was very difficult in the beginning. Early punctures set us back, but we pushed through, and we managed to overtake. I am very happy with the team's performance, and I'm really looking forward to going back to Dakar to try again." De Villiers, who attempted his 19th Dakar this year, had misfortunes early on after accidentally driving into a Dakar biker. Organisers initially slapped him with a five-hour penalty, but the penalty was revoked. In the end, the veteran racing ace managed to bring his Hilux T1+ home in fifth place overall in the competition.

"After bumping the rider, I had to make sure I maintained my focus," the South African said. "Something like that affects anyone psychologically, but fortunately, I've been through the Dakar plenty of times to know that this sort of thing has to be expected at some point. It was unfortunate, sure. Overall, I am very pleased with the vehicle, and I had an excellent Dakar, and I want to go back next year and do even better." Meanwhile, Variawa said he was extremely happy with his performance and that of his co-driver's (Dakar first-time co-driver), Danie Stassen: "We knew we wanted to finish in a better position overall than we did last year, and we managed to achieve that, for which I am incredibly grateful. I am definitely going back in 2023, and this time, we're aiming to do even better."

Stassen noted: "I found it very challenging early on to get to grips with the road books and the way everything worked, but I quickly found my footing, and it was such a pleasure to be paired with Shameer. I am looking forward to Dakar 2023." 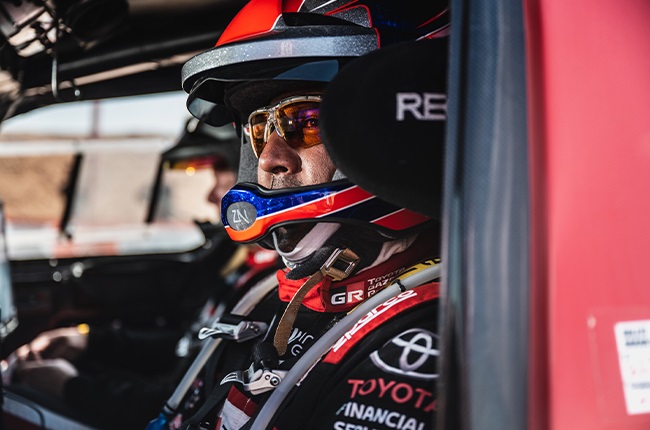 Tough on body and mind

Recounting several tales, Hall described what happened when Lategan's wheel came loose. "Henk and Brett were beating themselves up about not tightening the wheel properly after the puncture, and what we found was sand accumulating between the wheel hub and the wheel itself," the team boss explained. "We were able to communicate this challenge effectively to Nasser and the rest of the drivers to ensure that we could prevent another wheel from coming off the vehicle. It was this kind of effective communication between the drivers, the mechanics and the various teams that resulted in us winning half of the stages of the competition this year."

Hall and the drivers described the human challenges of the competition: "Staying in the bivouac is a challenge because you have lots of activity to deal with. I shared a camper with Giniel this year, and for the first time, Giniel didn't want to leave the bivouac for a hotel, even on the rest day, as the camaraderie and the team spirit was so powerful.

"The race is extremely challenging on the body and the mind, and it can take some of our team up to three weeks just for their bodies to recover from sleeping in tents on makeshift mattresses just so that we could win. I must applaud the entire team for the effort in making this Dakar so special for coming together and being motivated. Every person in our team pulls their weight because they know how important it is for us to win." 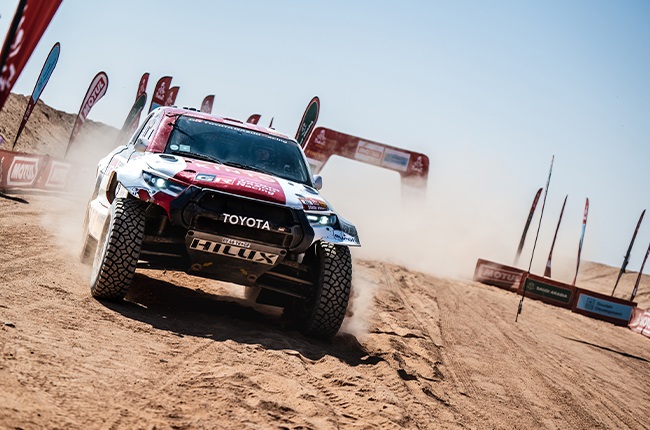 Although the Dakar 2022 dust is yet to settle, Toyota Gazoo Racing is already looking forward to next year's event.

Hall says he is taking some time off for the next few days, as they only returned from Saudi Arabia on Sunday night: "I can't switch off. So I'll be thinking of ways to make the DKR Hilux T1+ even more competitive next year. We don't know if there will be rule changes or changes to regulations, but we'd like to get the bakkie to run on biofuel, and we'd like to see what happens now that Audi has completed the event with electric vehicles."

If you can't get enough rally racing, Toyota Gazoo Racing's WRC team kicks off its 2022 World Rally Championship campaign this week at Rally Monte-Carlo with a new plug-in hybrid Yaris.

We live in a world where facts and fiction get blurred
In times of uncertainty you need journalism you can trust. For 14 free days, you can have access to a world of in-depth analyses, investigative journalism, top opinions and a range of features. Journalism strengthens democracy. Invest in the future today. Thereafter you will be billed R75 per month. You can cancel anytime and if you cancel within 14 days you won't be billed.
Subscribe to News24
Next on Wheels24
DAKAR | Toyota Gazoo Racing crews on the epic victory in all-new Hilux T1+