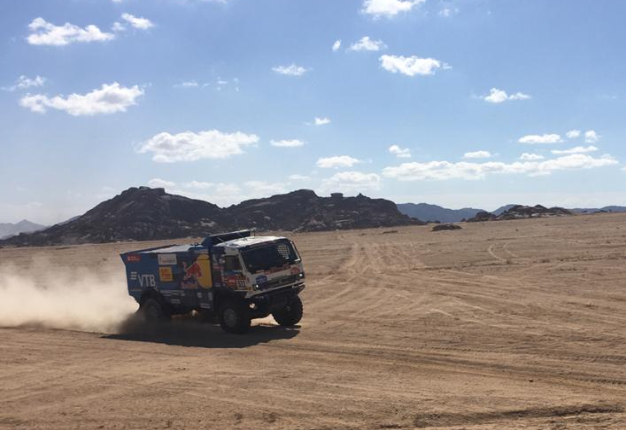 The curtain has come down on the first installment of the famous Dakar Rally in Saudi Arabia.

It was a huge opportunity for the largely secretive, controversial Saudi Kingdom to open itself to the motorsport fraternity and tourists attending the race.

Saudi women were only granted the right to drive in 2018 by the Crown Prince Mohammed bin Salman and the country is mainly visited by foreign Muslims who take the annual pilgrimage to the religion's holiest city, Mecca.

Spanish driver Carlos Sainz claimed his third win in the car category, giving Mini a well-deserved triumph in the desert ahead of 2019 Dakar champion Nasser Al-Attiyah in the Toyota.

The race was marred by the death of Portuguese motorcycle rider Paulo Gonçalves on stage seven. The 40-year-old Hero rider was competing in his 13th Dakar.

Thinking back to Saudi ???? and the beautiful terrain found in this country. #Dakar2020

The Dakar experience in Saudi

We headed to Saudi Arabia to attend my second Dakar, I had previously covered the race in 2017 in South America. But this time was different, 75% of the race was in the desert. A difficult proposition for the cars, bikes, quads, and trucks.

I arrived in the capital Jiddah to watch the opening podium ceremony, adjacent to the Red Sea, as each competitor is welcomed to the country on the eve of the beginning of Dakar 2020.

The first viewing point would be the coastal region of Yanbu, a beautiful port city on the west coast, a four-hour drive from Jiddah.

Our convoy rolled into the desert in a fleet of Toyota Land Cruisers, and despite it being winter the heat had me headed for cover in our beautiful Bedouin-styled tent.

And I didn't have to wait long to see the bikers zooming towards our spectating point and even local police officers were excited to see the action.

It's really quite startling to see these rally raid gladiators racing in the middle of virtually nowhere.

The roar of the 450cc motorbike engines at full throttle is awe-inspiring and minutes later the silence is punctured by the loud, booming modified Lexus V8 engine in the crimson Toyota Hilux.

The second spectator spot was on the other side of the Hijaz mountains in Tabuk, around 200km from the Jordanian border.

Moving from city to city via cars meant I got to see the beautiful terrain of the Kingdom. From majestic mountains to camels roaming the desert, Saudi's natural beauty was a sight to behold.

Our accommodation for the night was in a tented camp and the convoy was greeted by a delicious buffet, and warm Arabic coffee.

After a good night's rest, the following morning I was up and ready to catch the second stage of the rally. I was looking forward to watching the monstrous trucks in action.

The prospect of witnessing the 13.0-litre six-cylinder turbcharged engine with 850kW Kamaz truck storming through the desert had me beaming like a young kid again.

When they finally came roaring passed, it took me a couple of seconds to realise just how quickly a 10-tonne truck can haul ass. One of its wheels weighs in at 150kg, it's a big boy.

Trucks, bikes and cars. All the action from stage two of the #Dakar2020 #DakarRally ??: @sean_parkersa

There is an incredible amount of planning that goes into the Dakar Rally. I'm privileged to have visited Saudi Arabia for the first time and witnessed how welcoming the people were to foreigners.

It's clear the country is still getting accustomed to the novelty of having outsiders in the Kingdom. It'll take time and those issues like chaotic airport queues and the like will be ironed out.

In 2020, Saudi Arabia opened its doors to a new dawn, one that's left a lasting impression on me. Shukran Saudi.

We live in a world where facts and fiction get blurred
In times of uncertainty you need journalism you can trust. For only R75 per month, you have access to a world of in-depth analyses, investigative journalism, top opinions and a range of features. Journalism strengthens democracy. Invest in the future today.
Subscribe to News24
Related Links
'Death is part of the Dakar' - Marc Coma pays tribute to Paulo Gonçalves
WATCH | These motorcycle riders are heroes of Dakar 2020
Next on Wheels24
DAKAR | 'This one's for Dr van Zyl' - Glyn Hall on Toyota Gazoo Racing's 2022 victory