How awesome is this? South Africa's GTC series to host racing debut of VW's Golf 8 GTI 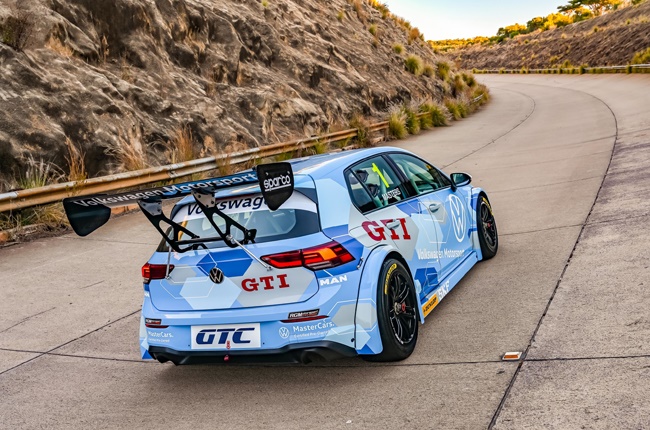 • The 2020 GTC season kicks off this weekend in Delmas.

• Volkswagen will compete with a race version of its Golf 8 GTI.

• This car will make its world racing debut in South Africa.

Come this weekend, 25 - 26 September, South Africans will get to see the Volkswagen Golf 8 GTI in action. However, this iteration of the new GTI will be slightly different from what the public will get when the car is officially launched in South Africa.

VWSA is competing in SA's premier circuit racing series, the Global Touring Cars (GTC), and will challenge the new season with a track-version of its latest Golf GTI. Round 1 will take place around Red Star Raceway near Delmas.

Mike Rowe, head of Volkswagen Motorsport South Africa, said: "We have tested the car extensively over the past few months. We are confident that the hard work that went into the initial design and building phases, as well as the setup of the car during testing sessions, will pay off when the lights turn green in Delmas.

"The car already competed in an endurance race during August in Port Elizabeth, but only as part of a shakedown and its development process. So Round 1 of the GTC series at Red Star will be the official debut for the new Golf 8 and the first real opportunity to weigh it up against its direct competitors from the other rival manufacturers."

The locally built Golf GTC racecar is the first Golf 8 race car anywhere in the world to take part in a national championship. Masters commented: "Daniel and I work very well together. We continue to learn from each other, and it makes us both more competitive as a result."

Rowe shared his sentiment: "It's a pleasure to be a part of this team and both Keagan, and I can't wait to race the beautiful Golf 8 GTI against our competitors finally. Our goal will be to claim the top steps of the podium, but we'll have to wait and see in what order."

The drivers competing in the Supa Cup, the support category for the GTC, are Bradley Liebenberg, Jeffrey Kruger, and Jonathan Mogotsi.

No fans will be allowed to attend the event, but Volkswagen will live stream the race weekend on its social media platforms. We live in a world where facts and fiction get blurred
In times of uncertainty you need journalism you can trust. For only R75 per month, you have access to a world of in-depth analyses, investigative journalism, top opinions and a range of features. Journalism strengthens democracy. Invest in the future today.
Subscribe to News24
Related Links
WATCH | SA racer Jonathan Mogotsi on keeping 'racetrack shenanigans' off public roads
New Golf 8 GTI race car to make SA debut in GTC series
Next on Wheels24
No taste of 2022 car until real-world testing gets underway for Haas' Mick Schumacher