With the second half of the 2022 Global Touring Cars (GTC) season in full swing, the series heads back to the coast this weekend (5-6 August) for Round 5 at the East London Grand Prix Circuit.

Robert Wolk and Leyton Fourie lead the respective GTC Championship and GTC SupaCup battles. Both drivers, however, have a host of determined challengers in close contention. Wolk has won three of the eight races this season, with Variawa yet to take his maiden GTC victory despite finishing as runner-up on four occasions. While the pair find themselves comfortably ahead on the points table, they have a new force to look out for following Round 4.

Hype Energy / Sparco / Universal Motorsport Volkswagen Golf 8 GTI driver, Bradley Liebenberg, broke his GTC-winning duck in refined style with a dominant performance courtesy of a grand slam of pole position, a brace of wins and the fastest laps last time out. This promoted him up the points table to third place. Trailing Variawa by 30 points, it will be a daunting challenge for the former GTC SupaCup Champion to challenge for the 2022 title with only three rounds remaining. While determined to win more races, he could influence the outcome of the overall championship between the formerly mentioned two title contenders.

Liebenberg will, however, have to fend off the challenge of veteran racer and 2022 race winner Michael van Rooyen in the second TGRSA Corolla and this season's double winner, Julian van der Watt in the Chemical Logistics Ford Focus RS. Both are within striking distance trailing Liebenberg by a mere four points in the championship. While both have won races, Van Rooyen and Van der Watt have had their fair share of on-track drama, but no more so than TGRSA's third entry, Mandla Mdakane and Investchem / RDSA Audi S3 driver, Andrew Rackstraw. Both have shown immense promise so far this season but have been luckless so far. They hope their GTC fortunes will change at the East London Grand Prix Circuit. Reigning Polo Cup Champion and GTC SupaCup rookie sensation Leyton Fourie heads to East London looking to build on his championship advantage while also pursuing a maiden double-victory. In his Express Hire / Universal Motorsport Polo SupaCup, however, Fourie has the most experienced GTC SupaCup competitor. Jeffrey Kruger, right behind him. Like Fourie, Kruger, in the Universal Healthcare Team RED Racing entry, has taken three of the eight wins on offer, with only six points separating the pair heading into the weekend. Father-to-be Keegan Campos occupies third place but will miss the East London round. In the PAGID Stradale Motorsport entry and Team Perfect Circle's Keagan Masters, Arnold Neveling will likely leapfrog him. Platinum Wheels' Jean-Pierre van der Walt currently occupies sixth place in the championship and will be making his first appearance, in any form of racing, at the circuit.

Like, brother Keegan, Jason Campos will also be missing Round 5 and could see Danie van Niekerk in the Titan Stunts Van Niekerk Racing Polo SupaCup progress to seventh place. 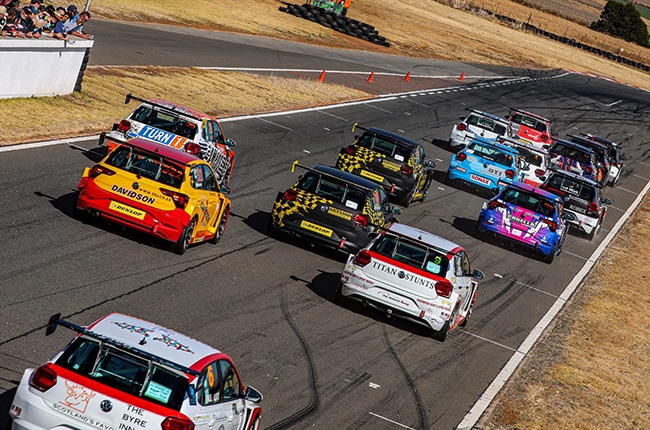 Since the tragic accident involving the Volkswagen Motorsport transporter, Jonathan Mogotsi has rejoined the GTC SupaCup fray in an entry backed by SONAX and Motul. His GTC teammate, Daniel Rowe, will make his first GTC SupaCup appearance this coming weekend as he substitutes for Team Perfect Circle's Andre Bezuidenhout for the remainder of the 2022 season, with the latter unable to compete due to injury. Round 5 of the GTC Championship will form part of the Extreme Festival at the East London Grand Prix Circuit. Saturday's two races will start at 12:40 and 15:45 and be contested over 10 and 12 laps, respectively. Spectator tickets can be purchased directly from the venue at R80 per person, with children under 12 years to enter free of charge.

We live in a world where facts and fiction get blurred
In times of uncertainty you need journalism you can trust. For 14 free days, you can have access to a world of in-depth analyses, investigative journalism, top opinions and a range of features. Journalism strengthens democracy. Invest in the future today. Thereafter you will be billed R75 per month. You can cancel anytime and if you cancel within 14 days you won't be billed.
Subscribe to News24
Next on Wheels24
VWSA's racing drivers are hilarious, salt-of-the-earth people and just two regular guys