A little over five years ago, talk of Kyalami closing down was rife. The historic racetrack was going to be destroyed and in its place, corporate offices would be built where once upon a time in 1967, a 12-year old Toby Venter attended the South African Grand Prix with his Uncle as guests of John Love.

Then in 2015, Toby Venter, the CEO of LSM Distributors, became the hero of SA motorsport when he bought Kyalami when it was being auctioned off.

In 2015, the home of South African motorsport received a much needed upgrade; July 2019 marked the fifth anniversary of the purchase of Kyalami International Grand Prix Circuit at an auction in Johannesburg by Toby Venter.

Venter said: "The purpose of buying Kyalami was to bring true international motorsport like a 9-Hour race and World Championship races for cars and motorcycles that we enjoyed in the 70’s, 80’s and 90’s of the last century, back to South Africa. "Following significant investment in reconstructing the track and upgrading its facilities, Kyalami was certified by the FIA for international motorsport, the only race track on the African continent to enjoy such a privilege."

What do you think of the Kyalami race track? What do you think should be done to improve motorsport in SA? Email us
In addition to the new track layout and safety upgrades, a world class conference and exhibition space was developed, hosting numerous events since construction was completed. 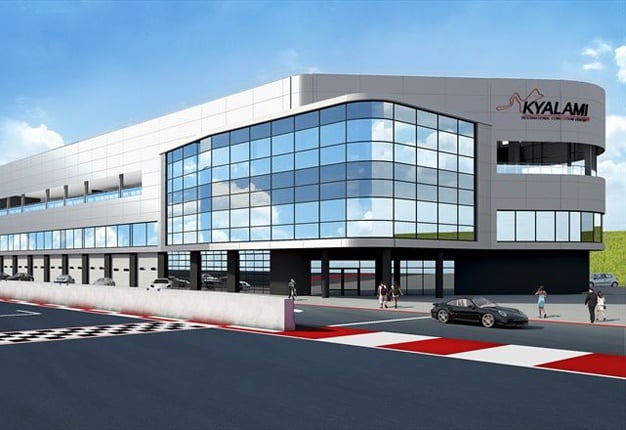 After a 37 year absence, South Africans will once again be able to enjoy a 9-Hour race on Saturday 23rd November 2019.

Venter said: "The event will be the final deciding round of the 2019 Intercontinental GT series that will have been contested on five continents.

"In Australia at the 12 hour race at Bathurst, in California at Laguna Seca, the Total 24 hour race at Spa in Belgium plus the Suzuka 10 hour race in Japan."

The Kyalami 9 hour event will conclude the season.

Eight manufacturers teams from Audi, Bentley, BMW,  Ferrari, Honda, Mercedes, AMG, Nissan and Porsche will be in action.
Successful South African works drivers, Kelvin van der Linde (Audi), and Jordan Pepper (Bentley) will be in the line-up, together with a host of local champions and teams competing for class honours.

We live in a world where facts and fiction get blurred
In times of uncertainty you need journalism you can trust. For 14 free days, you can have access to a world of in-depth analyses, investigative journalism, top opinions and a range of features. Journalism strengthens democracy. Invest in the future today. Thereafter you will be billed R75 per month. You can cancel anytime and if you cancel within 14 days you won't be billed.
Subscribe to News24
Related Links
Historic Kyalami 9 Hour returns to SA after 37 years
'We're missing a South African GP' - Could F1 return to Kyalami?
Next on Wheels24
WATCH | The Simola Hillclimb is a local motoring spectacle every petrolhead should attend