The Mobil 1 V8 Supercars field is set to start a busy second half of 2022 with Round 3 of the closely-contested championship at Red Star Raceway this coming weekend (1-2 July) which may provide a few exciting twists.  Heading into the weekend, Franco di Matteo (#3 Laude Jaguar XKR) holds a one-point advantage over defending Champion Mackie Adlem (#1 Adlem Auto Racing Jaguar XKR). Both drivers have two race wins this season, while Di Matteo has finished on the podium in all four races.

Despite it looking like a dominant two-horse race on paper, a host of drivers will be looking to find themselves in contention for championship honours at the midway point of the six-round season, and they can turn the points table upside-down quickly. Terry Wilford (#21 Fuchs Lubricants Ford Falcon) is heading up this list and trails Adlem by less than a race win. He has already finished two races as runner-up in 2022 and has shown consistent, strong pace, particularly in the qualifying sessions. Julian Fameliaris (#20 Lube-Net Chevrolet Corvette) has also looked impressive regularly, and a double-podium finish in Round 2 could also mark a turning point for him. Warren Lombard (#6 PepBoys Automotive Ford Falcon) is the only driver in the top six not to have stepped onto the podium in 2022. He is also the only driver in the top five still searching for his maiden victory and will be looking to accomplish both after resolving his technical issues from Round 2. He does have a pole position to his name and led a large portion of the season's opening race.

Two notable absentees from Round 2 will be on the grid at Red Star Raceway. Richard Fuller (#12 Reventon Auto Ford Mustang) recovered from the wrist injury that sidelined him and will be eager to add another podium finish in 2022. Like Lombard, he will also be looking for his maiden victory after making his debut in the series just over a year ago. The 2022 runner-up, Thomas Reib (#9 Mobil 1 / Café 9 Automotive Chevrolet Lumina), will also be back with a vengeance. Having missed Round 2 due to technical issues, he will be eager to add to his 11 points from one finish in 2022. As a title contender in the last few seasons and the driver who took the most race wins in 2021, he should quickly establish himself as a frontrunner.

Sam Dahl (#98 Arcprotech Ford Falcon) will be missing Round 3 as the weekend will clash with a round of the condensed Scandanavian motorsport season, where he is a title contender.

Dahl's absence could provide David Coetzee (#53 ELKSA Competition / Adlem Auto Ford Falcon) with an opportunity to leapfrog the Finn, who is just seven points ahead. Coetzee, who missed the season opener, looked competitive in Round 2, and a repeat performance could see him establish himself as a top contender at the halfway point of the season. Steve Herbst (#7 PPG Coatings / Prei Instrumentation / QI Systems Chevrolet Corvette) will also be looking to break into the top 10. 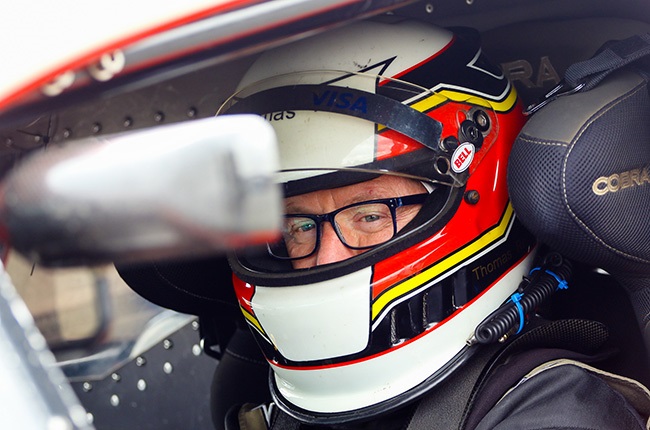 Perhaps the biggest twist of the weekend will come from the circuit itself. Red Star Raceway is the only South African circuit driven in clockwise and anti-clockwise directions. The Mobil 1 V8 Supercars events have been on the anti-clockwise layout since 2019.

African Group Lubricants' Marketing Manager, Nicole Jooste, is looking forward to the weekend ahead. "There are a lot of drivers who could still put up their hands for this year's title, and I have a good feeling that we are in for a few upsets at Red Star Raceway.

The Mobil 1 V8 Supercars battle will be the biggest reason to brave the cold winter and head to Delmas." Saturday's two 10-lap races should get under way at 11:05 and 14:10. Spectator tickets can be purchased directly from Red Star Raceway at R100 per person, while children under 12 enter for free.

The entire Extreme Festival event will be streamed live on the Mobil 1 V8 Supercars Facebook page and the 2WheelsTV YouTube channel.

We live in a world where facts and fiction get blurred
In times of uncertainty you need journalism you can trust. For 14 free days, you can have access to a world of in-depth analyses, investigative journalism, top opinions and a range of features. Journalism strengthens democracy. Invest in the future today. Thereafter you will be billed R75 per month. You can cancel anytime and if you cancel within 14 days you won't be billed.
Subscribe to News24
Next on Wheels24
Preview: GTC experience versus exuberance at Red Star Raceway