It is not uncommon for South African sports stars to create a name for themselves in more than one field of entertainment. Cricketer Clive Rice also competed in national motorsport while Peter Lindenberg was equally fast in a race car and a Formula 1 powerboat.

In the last decade, AB de Villiers hit records with his cricket bat and got recording deals with his guitar while Gennaro Bonafede had fans on their feet at the race track and before doing the same a some of the trendiest clubs in South Africa.

There is however a new name to add to this list. That is the name Oates; oh and it's not just one person, but a pair of twins. The 23-year-old Centurion-based brothers, Darren and Justin, burst onto the national racing scene during the latter part of 2015.

Currently, they are competing in the Oettinger Polo Cup for the Total Excellium Racing team; becoming early front-runners before the COVID-19 lockdown saw the season being suspended. Throughout this time, they also steadily started to craft their way into the South African music industry. Music has indeed been part of their lives from early on.

At the age of 12, they were already starting to compose their own pieces instead of practising what their music lecturers gave them to work on. It was, however, not until the age of 18 that they felt comfortable to add vocals; a move that immediately opened up more composition possibilities.

After initially recording in English, they switched to Afrikaans for marketing purposes; a move that also saw the group's name change from Telepathy to Alter Ego.

Their parents are fans of British operatic-rock quartet Queen, something that started laying the early foundations as Justin explains: "Although we never aspired to a career in music, the energy that Queen had on stage was very inspirational. The genre that we are currently recording in is inspired by acts like Imagine Dragons, Shawn Mendes, The Lumineers, Calum Scott, Ed Shereen and James Blunt. 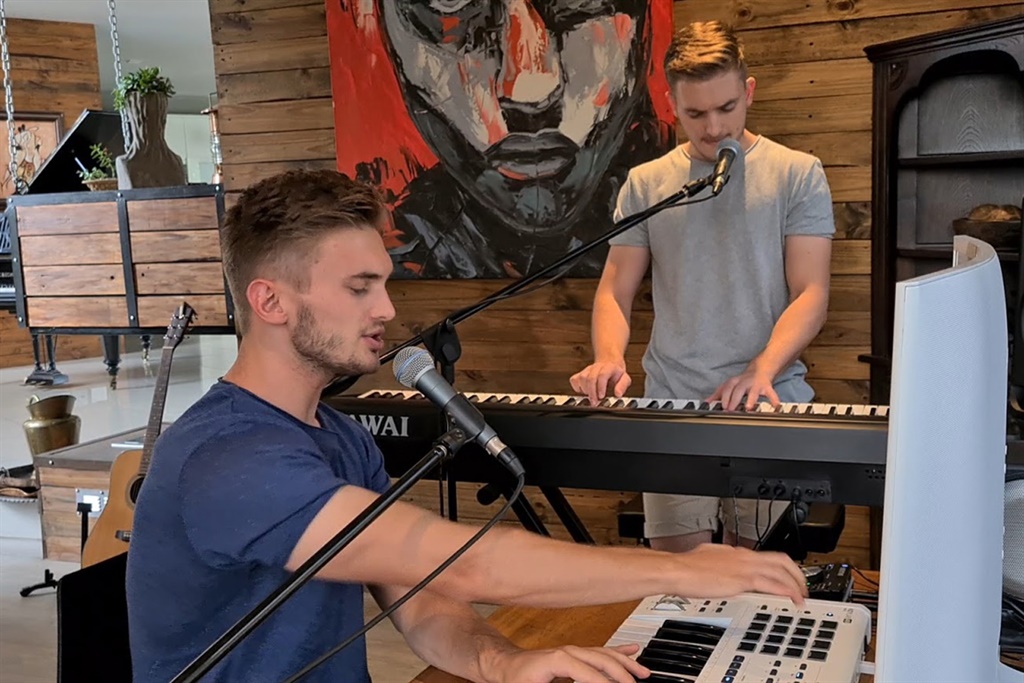 "We're hoping to bring a bit of a new look to Afrikaans music."

The name Alter Ego does not originate from some Superman-esque idea of two different lives in entertainment. Still, it does say something about the brothers, as Darren explains: "It's about us being very similar, yet very different in many ways.

"Also, as individuals, we come across as shy and clean, but we also have a heavier and deeper side we express through our music. Alter Ego is also a universal word in Afrikaans, English and a few other languages, so there is a bit of versatility to it as well."

The similarities between the twins do not stop with racing and music. Both graduated as mechanical engineers in 2019 and are furthering their entrepreneurial studies while still residing with their parents. Two competitive twin-brothers spending such a lot of time together does have it's advantages though as Justin explains: "This does sometimes lead to tension, but this also leads to us pushing for greater heights. In general, we complement and support each other."

Darren elaborates on what they're doing during the lockdown period: "We quickly set up a basic home studio before the lockdown to experiment with some ideas and productions; although this is more for self-development instead of work on our forthcoming album.

"We're also staying fit for racing by training in our home gym."

With two worlds at their feet, the Oates twins have more significant goals than the fortune that comes from fame as Justin explains: "Of course, we do want to fill up stadiums, but our goal is more to inspire a positive cultural change in South Africa. Now more than ever, a positive attitude will be of utmost importance."

Alter Ego is in the process of recording an Afrikaans album with producer Denholm Harding.

Of course, I had to add one trick question for the pair: So you open your emails, and there's an invitation to test for a significant international racing team as well as one to audition for a producer like Flood or Rick Rubin. Both are scheduled for the same time. How would you handle it?

"This is a difficult choice, but we are fortunate to be twins. We will flip a coin on who goes for the test session and who goes to the audition." And of course, just to keep with their smart approach to this: I won't reveal which one of the two answered this.

The album is due to be released within the next two months based on the Covid-19 lockdown. For more updates on this, please follow @Alterego.musiek on Facebook and on Instagram.

We live in a world where facts and fiction get blurred
In times of uncertainty you need journalism you can trust. For only R75 per month, you have access to a world of in-depth analyses, investigative journalism, top opinions and a range of features. Journalism strengthens democracy. Invest in the future today.
Subscribe to News24
Related Links
WATCH | These two SA female motorcycle racers defied the Dakar odds
Bring it home, Juan! - Cape Town drifter out to ruffle feathers in Japan against the world's best...
Next on Wheels24
No taste of 2022 car until real-world testing gets underway for Haas' Mick Schumacher

Subscribe to newsletters
Lockdown For
DAYS
HRS
MINS
Brought to you by
Voting Booth
Which of these factors are prohibiting you from buying an electric vehicle as your next car?
Please select an option Oops! Something went wrong, please try again later.
Prices should be more affordable
16% - 203 votes
Our unreliable electricity source
10% - 125 votes
There's not enough charging infrastructure
10% - 132 votes
All of the above
65% - 837 votes
Previous Results
Car Doctor
It may look pretty hot, but black cars are not that cool to maintain