• In addition to being a branding partner, it also showcased it 2021 Hayabusa motorbike.

Suzuki South Africa had a memorable outing at the 2021 Simola Hillclimb, coming onboard as branding sponsor and to showcase its all-new Hayabusa motorbike. In addition, three competitors were powered by Suzuki - in one way or the other - with two competing in the highly competitive King of the Hill Championship.

Brendon Carpenter, Brand Marketing Manager of Suzuki Auto South Africa, said: "We welcomed the opportunity to join the Simola Hillclimb and to play a small role in making it a reality. The Simola Hillclimb offers us a unique opportunity to showcase our performance capabilities and to introduce the 2022 Suzuki Hayabusa hyper-sport bike to the competitors and online audience." Franco Scribante was the first 2021 Simola Hillclimb competitor to take on the 1.9km hill with Suzuki power. Driving his 1972 Chevron B26, Scribante fitted two Hayabusa engines to his car to create a V8 engine. The Suzuki-powered B26 landed the driver his sixth - and fifth in a row - Classic Conqueror title. This race is run the Friday and forms part of Classic Car Friday.

The other two racers are Megan Verlaque and Devin Robertson.

Verlaque raced a diminutive XTREM Racing Buggy with a GS-R600 motorbike engine. Known as a competitor in the National Rally Championship and Rallycross competition, Verlaque said: "The weekend was amazing, but I still have a lot to learn. There were a few growing pains as we struggled to match the gearbox ratios to the engine. Racing at Simola is fantastic. I will definitely return, and perhaps I should consider fitting a Hayabusa engine like Devin."

She finished the King of the Hill Single Seater & Sports Car Shootout in tenth place with a fastest time of 47.876 seconds.

Robertson, a V8 supercar racer and competitor in the Inex Legend Series in the USA, drove a Radical SR1 single-seater racecar up the Simola Hill. Racing up the course in the same category as Verlaque, he posted the fifth-fastest time of the event: 41.075 seconds.

The driver said: "The car performed really well, especially if you consider that we are up against some 600+ horsepower (447kW) supercars. We did our very best to get the best possible line-up for the hill and tried our best to break through the magical 40-second barrier up the hill." 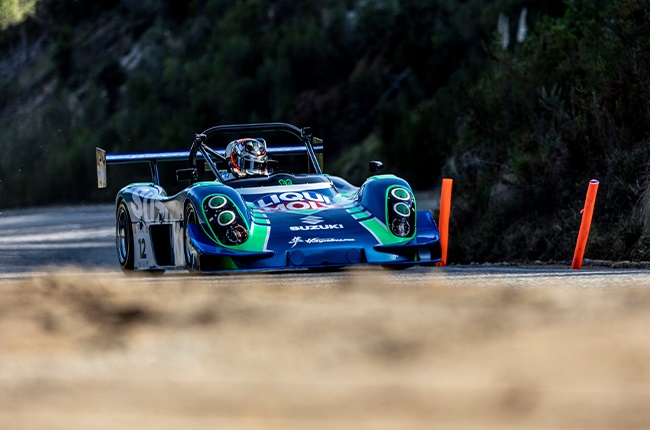 Devin Robertson
Motorpress
We live in a world where facts and fiction get blurred
In times of uncertainty you need journalism you can trust. For only R75 per month, you have access to a world of in-depth analyses, investigative journalism, top opinions and a range of features. Journalism strengthens democracy. Invest in the future today.
Subscribe to News24
Next on Wheels24
2021 Kyalami 9 Hour is all set to re-ignite South Africa's passion for motorsport