The circuit, made up of public roads on the city's southern outskirts, often sees the highest recorded speeds in South African motorsport. Wolk and Fourie took the opening race victories. At the same time, Michael van Rooyen and Jeffrey Kruger stepped onto the top of the respective GTC Championship and SupaCup podiums in the second race. The venue is also known for always attracting a significant number of spectators. This weekend was no exception, and although official numbers are yet to be released, it is speculated that Saturday's attendance was the biggest since the corresponding Extreme Festival visit in 2018. 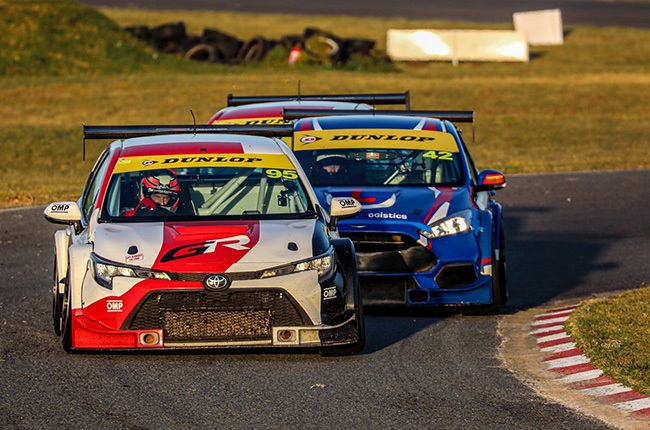 Wolk set the pace throughout Friday's practice sessions and set the third-fastest time ahead of the other two TGR Corollas of Van Rooyen and Mandla Mdakane. Julian van der Watt in the Chemical Logistics Ford Focus RS and Andrew Rackstraw in his  RDSA / InvestChem Audi S3 completed the grid after both drivers incurred penalties for over-boosting in the session. 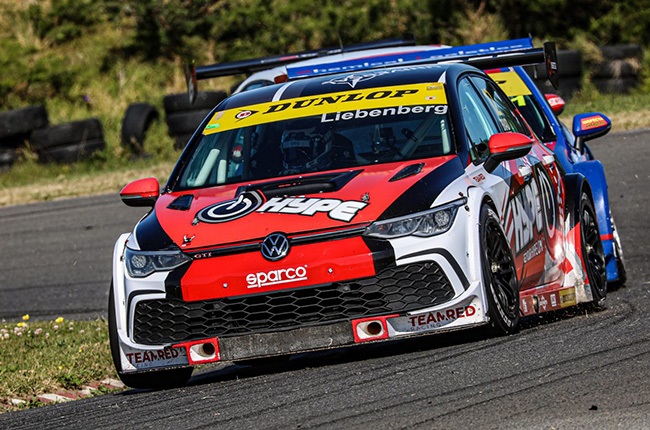 The fact there was little overtaking belied the ferocity of the battle up front, a battle Liebenberg relished as he grabbed the early lead from Wolk, Variawa and Mdakane. Variawa upped his challenge by passing Wolk into Potters Pass on Lap 3 as things then settled into a rhythm with the order unchanged for the next few laps. Wolk took advantage of an exuberant Variawa move going awry in The Complex, leaving Wolk inching closer to Liebenberg.

Into Lap 9, Wolk made his move, and Variawa followed, demoting Liebenberg to third. Van Rooyen also passed Mdakane for fourth, with van der Watt and Rackstraw ever-present in their mirrors. Variawa went on to record the fastest lap of the race. The reverse-grid second race started with a series of minor incidents. Pole man Rackstraw got tagged out of Cocobana corner on the opening lap, as did Liebenberg, with two drivers coming together on the grass infield. That left the way clear for Van der Watt to lead the field into Lap 2, closely followed by Van Rooyen, Variawa and Wolk.

Van Rooyen's pressure paid off, and he soon took the lead on Lap 2, while Variawa set his sights on Van der Watt for second place in a challenge that did not quite come off as planned when he went well off track and up an embankment. Van Rooyen settled into the lead to take his second race win of 2022, pursued by Wolk, who had worked his way into second place, demoting teammate Van der Watt and Mdakane. That situation remained unchanged for the next several laps until the final tour when Mdakane found a way past Van der Watt for third and his first podium of the season. The walking wounded followed among the GTC SupaCup front runners as Liebenberg, Variawa and Rackstraw all limped home. Rookie Variawa suffered a post-race three-place penalty for his involvement in an incident with Van der Watt to lose even more vital championship points and gain a first warning. Like in the opening race, the runner-up took the point for the fastest lap.

Fourie trumped the field for the Dunlop Pole Position in his Express Hire / Universal Motorsport car in the all-Volkswagen Polo SupaCup field, beating Universal HealthCare Team Red Racing's Kruger by a mere 0.124 of a second. Jonathan Mogotsi impressed in third on his second race back on his Sonax / Motul car, a further 0.25 seconds adrift. Team Perfect Circle's former Volkswagen Motorsport GTC duo Keagan Masters and Daniel Rowe were next ahead of Arnold Neveling's Pagid Stradale Motorsport entry. Trinity Protection Services' Nathan Hammond was seventh on the grid ahead of Danie van Niekerk in the Titan Stunts Van Niekerk Racing entry. Although claiming a lights-to-flag win, Fourie had to work hard for the position in the opening stages to hold off Kruger, who set the fastest lap on his way to the runner-up spot. Mogotsi initially held onto third place but was soon passed by Masters, while Neveling beat Rowe to fifth place, with the latter competing in his first GTC SupaCup outing. Van Niekerk and Van der Walt were the next to cross the line. Luti beat Davidson to the Masters' class win. Damian Hammond split the pair while Nathan Hammond completed the tussle and results. Rowe, who had the pole position for the reverse-grid second race, made the most of things to get out in front ahead of Mogotsi, Kruger, Van Niekerk and Fourie off the line. That was how it stayed until Lap 5 when Kruger passed Rowe.

Fourie's charge was rewarded, having initially made his way up to third before moving up another position to take second, with Mogotsi passing Rowe on the next lap to set up the final order of Kruger, Fourie and Mogotsi. Fourie did not lay off his pursuit of a double victory either, setting the fastest lap in the closing stages. Rowe, Van Niekerk. Van der Walt, Nathan and Damian Hammond were next to cross the line. Davidson closely followed the Hammonds to take the Masters' class victory ahead of Luti. Further back and struggling with mechanical issues, Nevelinig completed the field.

We live in a world where facts and fiction get blurred
In times of uncertainty you need journalism you can trust. For 14 free days, you can have access to a world of in-depth analyses, investigative journalism, top opinions and a range of features. Journalism strengthens democracy. Invest in the future today. Thereafter you will be billed R75 per month. You can cancel anytime and if you cancel within 14 days you won't be billed.
Subscribe to News24
Next on Life
Points tables on a knife edge as Global Touring Cars head to East London