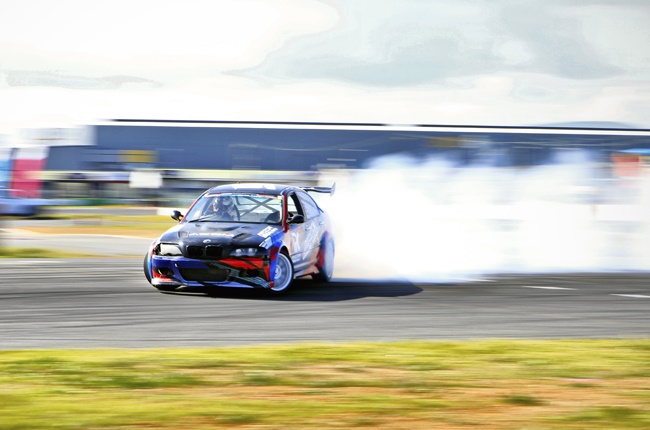 • Drift Outlaws is one of the leading drift series in South Africa.

• Drift Outlaws has been represented on the international stage in 2019.

Stemmet may be one of the best drifters in SA, but in Japan one could see how far ahead the game is to what we're seeing locally.

However, while this may be the case, Raziek Rajah (race master and founder of Drift Outlaws) knows that drifting locally is not as advanced as that of its international peers, but what Drift Outlaws and other local drift series are achieving is not to be scoffed at.

WATCH: It's Samson vs. Goliath as two Cape Town drifters will battle to become Drift King

Drift Outlaws, especially, has the support of several big sponsors, including Red Bull, the City of Cape Town, and Total. This allowed the series to grow over the last couple of years and garner a great amount of success across SA.

While Drift Outlaws are making big waves, there are motorsport fans who are not aware of just how drifting works. Rajah took to social media to explain how the sport and its scoring system works.

Compiled by: Charlen Raymond
We live in a world where facts and fiction get blurred
In times of uncertainty you need journalism you can trust. For 14 free days, you can have access to a world of in-depth analyses, investigative journalism, top opinions and a range of features. Journalism strengthens democracy. Invest in the future today. Thereafter you will be billed R75 per month. You can cancel anytime and if you cancel within 14 days you won't be billed.
Subscribe to News24
Related Links
12-year-old Muhammad Uzayr Rajah has his drift goals set - 'I want to challenge my dad'
WATCH | It's Samson vs. Goliath as two Cape Town drifters will battle to become Drift King
Next on Wheels24
WATCH | Sébastien Ogier celebrated in a new film as he returns for Rally Portugal

Get the newsletter
Lockdown For
DAYS
HRS
MINS
Brought to you by
Voting Booth
Do you think Mercedes will return to form later in the 2022 F1 season after two poor races?
Please select an option Oops! Something went wrong, please try again later.
Yes, don't discredit them.
34% - 498 votes
Who cares, F1 is exciting again!
43% - 638 votes
No, it's Ferrari's turn to dominate again.
23% - 335 votes
Previous Results
Car Doctor
How much it costs to replace tyres if you buy one of SA's 5 most popular vehicles