Will racing teams still need drivers in the future? Not by the looks of things at CES It's been an interesting week at CES with the launch of the Mercedes-Benz EQXX and the all-new, all-electric Chevrolet Silverado. However, autonomous vehicles are arguably stealing the spotlight, particularly on the track at the Las Vegas International Speedway where the Indy Autonomous Challenge (IAC) team PoliMOVE from Politecnico di Milano (Italy) and the University of Alabama (USA) won the Autonomous Challenge at CES 2022, making history as the first head-to-head autonomous racecar competition champion.

Car companies have already made it very clear that fully autonomous driving is coming to production vehicles, but this display of autonomy in motorsport raises an interesting question: Will racing teams need drivers if the cars can drive themselves in future? 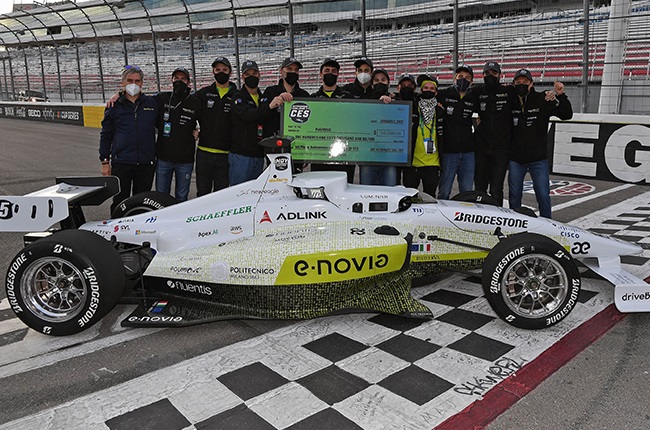 "Today was the real birth of autonomous racing," said Professor Sergio Savaresi, team lead of Politecnico di Milano. "The real high-speed multi-agent racing was pushed to its very limits. The research on autonomous cars will certainly benefit from this historic milestone." 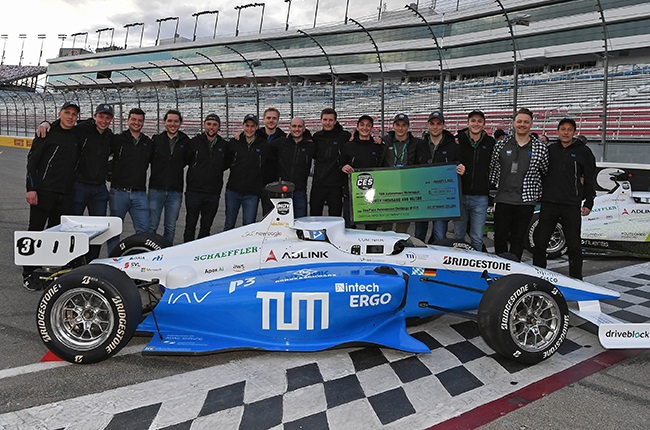 Organised by Energy Systems Network, the primary goal of the IAC is to solve real-world problems by advancing technology that will speed the commercialisation of fully autonomous vehicles and deployments of advanced driver-assistance systems (ADAS). Pushing limits for the entire autonomous community and helping to increase safety and performance is of critical importance, not only in motorsports but across all modes of commercial transportation.

The Dallara AV-21 features three Luminar Hydra LiDAR sensors to provide 360-degree long-range sensing that enables safe autonomy at high speeds. Meanwhile, Halo, a remote-piloted driverless car service operating on the American T-Mobile 5G network, served as the official pace car, leading each set of IAC teams off from the pit lane and completing a warmup lap at speeds of between 110km/h and 150km/h before the start of each round of racing.

Most importantly, gleaning from the Dallara AV-21 at the CES demo, as these cars and future racing cars will be able to drive themselves, motorsport teams won't need to hire drivers, which makes us wonder: are the days of the racing driver numbered?

Do you think motorsport will remain motorsport if drivers aren't behind the steering wheel in future? Please let us know your thoughts in the comment section or email us here.

We live in a world where facts and fiction get blurred
In times of uncertainty you need journalism you can trust. For only R75 per month, you have access to a world of in-depth analyses, investigative journalism, top opinions and a range of features. Journalism strengthens democracy. Invest in the future today.
Subscribe to News24
Next on Wheels24
PODCAST | Tough Stage 10 can do little to break South Africans' spirits in Dakar Rally