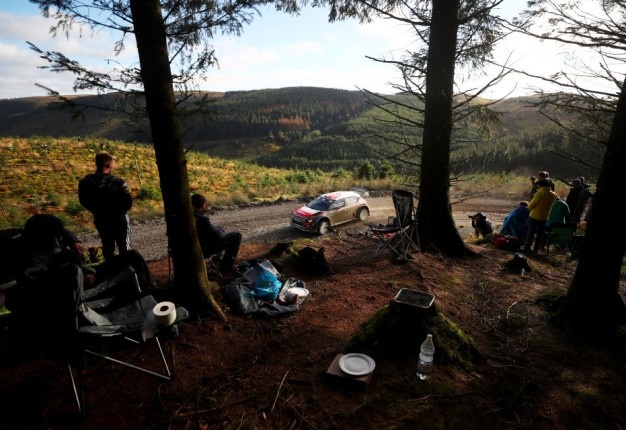 The Wales Rally GB has been cancelled due to the global coronavirus pandemic, organisers announced on Tuesday.

This year's event had been due to take place from October 29 to November 1 as the penultimate round on the 2020 World Rally Championship (WRC) schedule.

Continued concerns over COVID-19 and the current restrictions on large-scale gatherings and international travel prompted the decision.

It is the fifth leg of the championship to be cancelled as a result of the global health crisis.

David Richards, chairman of Rally GB organiser Motorsport UK, said: "This is not a decision that we have taken lightly but, in close consultation with our chief funding partner the Welsh government, it is sadly one we are obliged to make in light of the ongoing global coronavirus pandemic.

"This is not the appropriate time for us to be planning for and promoting an event that brings tens of thousands of visitors, many from outside the country, into rural Welsh communities."

The WRC season has been badly disrupted by the virus, with stops in Argentina and Italy postponed in addition to the cancellations.

Three rounds, in Monte Carlo, Sweden and Mexico, were raced.

The next scheduled race is the Rally of Turkey, in late September.

We live in a world where facts and fiction get blurred
In times of uncertainty you need journalism you can trust. For 14 free days, you can have access to a world of in-depth analyses, investigative journalism, top opinions and a range of features. Journalism strengthens democracy. Invest in the future today. Thereafter you will be billed R75 per month. You can cancel anytime and if you cancel within 14 days you won't be billed.
Subscribe to News24
Related Links
WRC: New Zealand rally scrapped over coronavirus
'1000 Lakes' Rally of Finland axed over coronavirus uncertainty
WRC | Portugal rally cancelled due to coronavirus, say organisers
Next on Wheels24
WATCH | Sébastien Ogier celebrated in a new film as he returns for Rally Portugal