The World Rally Championship's (WRC) hero teams gathered in Salzburg at the weekend to unveil three special vehicles that will lead the sport's charge into the future, quite literally. The official WRC teams presented hybrid-electric Hyundai, Toyota and Ford vehicles for the 2022 season that fires up on 20 January at Rallye Monte-Carlo.

In the championship's 50th season, the WRC will undergo significant environmental changes as new FIA technical regulations drive the series towards a more sustainable future. Plug-in hybrid-powered cars built around an upgraded safety cell chassis, 100% fossil-free fuel and sustainable energy supplies are critical to the sport's commitment to a greener future. 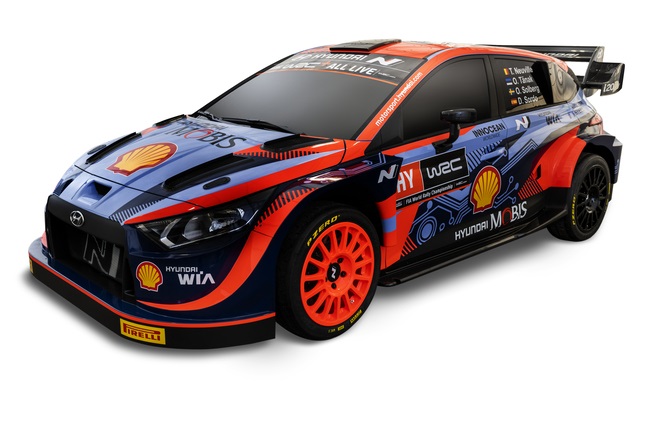 Sustainability is essential for the sport's future.

The three new hybrid cars blend a 100kW electric motor with a competition-proven 1.6-litre turbocharged petrol engine, which has powered the sport's top-tier vehicles since 2011. The package raises peak performance levels to more than 373kW and reduces harmful emissions.

FIA President Bin Sulayem, a former WRC competitor himself, said: "Today's launch of the new Rally1 era is a very proud and significant moment for the FIA, the entire rally family and I would like to congratulate the WRC Promoter for delivering a great show at the start of the championship's 50th anniversary season."

He explained that besides the hybrid technology adding a new dynamic layer of performance combined with safety improvements, the new Rally1 cars would be using 100% sustainable fuel. "Work is also ongoing to achieve greater sustainability in the organisation of each round of the series. I look forward to an exciting season," he added.

WRC Promoter managing director Jona Siebel welcomed the start of a 'landmark period' for the championship: "Here we've seen what the future of the WRC looks like. I applaud the manufacturers' hard work and commitment in readying these amazing and innovative Rally1 cars for the WRC's new era."

Do you enjoy the WRC? Which team or vehicle do you think has what it takes to win the headline Rally1 championship in 2022? Please let us know your thoughts in the comment section or email us here.

KEEP UP TO DATE with the latest motoring news by subscribing to our FREE newsletter, 'LET'S DRIVE.'

The covers have been pulled back ??#WRCHybrid has come one step closer ??#WRC | @MSportLtd | @HMSGOfficial | @TGR_WRC

We live in a world where facts and fiction get blurred
In times of uncertainty you need journalism you can trust. For 14 free days, you can have access to a world of in-depth analyses, investigative journalism, top opinions and a range of features. Journalism strengthens democracy. Invest in the future today. Thereafter you will be billed R75 per month. You can cancel anytime and if you cancel within 14 days you won't be billed.
Subscribe to News24
Next on Wheels24
Hyundai all set to fight for the 2022 World Rally Championship crown in its i20 hybrid