5 Things you need to know about the Ford EcoSport fighter, the Volkswagen Taigo

The new compact Volkswagen Taigo (pronounced 'tie-go') will join the Volkswagen T SUV model range in South Africa from June 2022. Manufactured in Pamplona, Spain, the vehicle will join the T-Cross and T-Roc as Volkswagen's trio of compact SUVs in the A0 SUV segment.

With the new Taigo, Volkswagen has produced its first SUV coupé in this segment. Highlights of the new Taigo include high-quality equipment features, raised seating position and unrestricted suitability for everyday use. The technical basis of the new Taigo is provided by Volkswagen's Modular Transverse Toolkit (MQB). The MQB platform offers a range of advantages: tight proportions are combined with a high level of body rigidity, excellent crash properties and a low body weight.

Here are five cool things you need to know and why it might be a compelling model to consider if you're in the market for a compact crossover or SUV.

1. Head-turning looks, but practical too

Powerful proportions and particularly striking lines characterise the design of the Taigo and its coupé silhouette, with its strongly forward-sloping C-pillar.

The side view is also characterised by crisp lines, which, together with the large wheels and offset wheel arch cladding, emphasise the crossover character of the Taigo.

The overhang at the rear has been extended to drive home the vehicle's functionality. The luggage compartment volume is an impressive 440 litres and offers almost as much storage space with full seating as the T-Cross with its sliding rear seat (385 to 455 litres).

All exterior lighting elements, from the headlights to the rear lights, feature LED technology as standard, making for a charismatic daytime and night-time signature look. The two-zone Climatronic air conditioning (standard in the Style and R-Line) has a new, digitalised mode of operation: touch panels and sliders now perform the functions of rotary knobs and buttons.

And if you travel with numerous mobile devices, you'll be pleased to know that located below the air conditioning module are two USB-C ports and, as an option, a compartment for inductive smartphone charging.

READ: REVIEW | As electricity takes over, we think you'd regret not buying the new Polo GTI The new Taigo will only be available with the 1.0 TSI engine with 85kW of power and 200Nm of torque. Its three-cylinder power unit is paired with a seven-speed DSG transmission that sends shunt to the front wheels.

4. It can (almost) drive itself

IQ.Drive Travel Assist technology is available as an option depending on the model. Volkswagen has bundled its systems for assisted driving under the umbrella brand, which permits partly automated driving in the Taigo.

The system can steer, brake and accelerate the Taigo at speeds between 30 and 200 km/h. To do this, the activated system relies on functions such as Adaptive Cruise Control and Lane Assist. Using a radar system in the front end and a camera behind the windscreen, Travel Assist can maintain the speed, lane and distance from the vehicle in front.

The system is activated using the Travel- Assist button on the multi-function steering wheel. The driver must remain responsible for the control of the Taigo and must keep their hands on the steering wheel even when IQ.Drive Travel Assist is active, however. 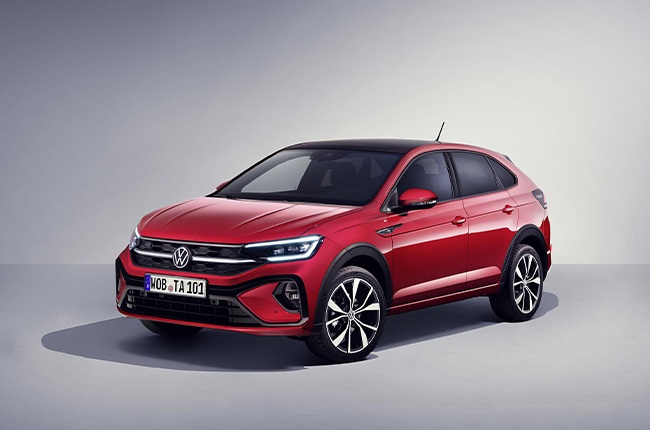 5. You can go to town with options

Although they will drive up the asking price, which VW won't tell us yet as the vehicle is yet to be officially launched, several optional features are available across the Taigo range.

The Volkswagen Taigo officially launches in South Africa in the first week of June. Wheels24 will attend its media introduction to bring you a first drive impression and the latest pricing.

We live in a world where facts and fiction get blurred
In times of uncertainty you need journalism you can trust. For 14 free days, you can have access to a world of in-depth analyses, investigative journalism, top opinions and a range of features. Journalism strengthens democracy. Invest in the future today. Thereafter you will be billed R75 per month. You can cancel anytime and if you cancel within 14 days you won't be billed.
Subscribe to News24
Next on Wheels24
Lexus' new NX hybrid SUV range promises 5l/100km without sacrificing performance, we have pricing