All you need to know about the Volkswagen Tiguan eHybrid 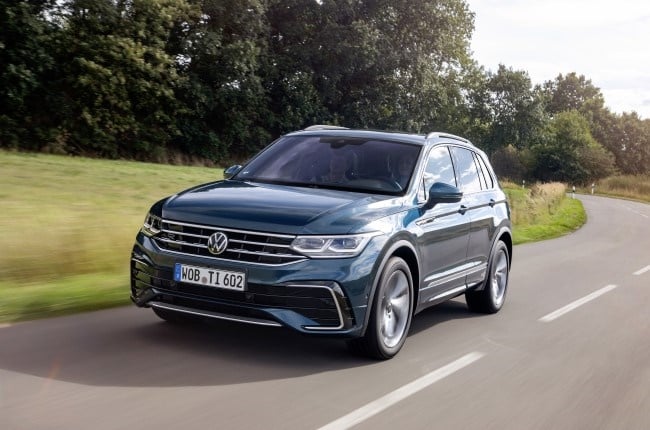 • In Europe, Volkswagen is offering its refreshed Tiguan in plug-in hybrid form.

• It's essentially the same engine combination used in the Golf GTE.

• The eHybrid's combination of a 1.4-litre turbocharged petrol engine and 85kW electric motor means a total output of 180kW and a strong 400Nm.

It's no secret that Volkswagen South Africa sells more Tiguan models than the Golf. The popularity of Wolfsburg's SUV that launched locally in 2016 is underscored by the increased number of new SUVs and crossovers.

In fact, the Tiguan was the company's fifth best-selling model in September, with 428 units sold in comparison to outgoing Golf 7's 276, according to sales data.

Boasting six-million worldwide sales since 2007 and available in 80 countries, the Tiguan is a popular sight on many of the world's roads.

Six years on and the local arm of the German carmaker will introduce a refreshed version of the Tiguan in the first quarter of 2021 in South Africa.

Even more exciting is the introduction of an R-model that boasts a 2.0-litre turbocharged engine with 235kW and 420Nm. A 0-100km/h sprint time of under five seconds is on the cards.

In Germany, the facelifted model is already available and there is a new model that boasts a plug-in hybrid drivetrain. The eHybrid is not available in South Africa.

The team at Deutsche Welle took it for a spin. The plug-in hybrid version uses a combination of an electric motor and an internal combustion engine (ICE) to deliver the goods.

The eHybrid's combination of a 1.4-litre turbocharged petrol engine and 85kW electric motor means a total output of 180kW and a strong 400Nm.

Those power outputs result in a 0-100km/h time of 7.5 seconds and all the power is transferred through the front wheels.

In electric-only mode courtesy of a 13kWh battery it has an all-electric range of 65 kilometres up to 130km/h and Volkswagen says the eHybrid model has a fuel consumption figure of just two-litres per 100km.

Inside, the Tiguan has a spruced up interior with new buttons and a redesigned facia and upgraded infotainment system. The steering wheel and gear lever are also new. It's not only the engine that's clean and green. The engineers have worked in processes whereby a 'green' route can be chosen when navigating to a destination that avoids inclines and automatically slows down when entering towns.

We live in a world where facts and fiction get blurred
In times of uncertainty you need journalism you can trust. For 14 free days, you can have access to a world of in-depth analyses, investigative journalism, top opinions and a range of features. Journalism strengthens democracy. Invest in the future today. Thereafter you will be billed R75 per month. You can cancel anytime and if you cancel within 14 days you won't be billed.
Subscribe to News24
Related Links
WATCH | A closer look at the SA-bound Tiguan R
Volkswagen adds 235kW Tiguan R to refreshed range
Next on Wheels24
Sharper, sportier and SA-bound - BMW reveals updated 3 Series and it looks good!