• Toyota has donned its Corolla Hatch model with a 'product update'.

• The Corolla Hatch Xr derivative has been spruced up with cosmetic and infotainment changes.

Not since the Run-X has Toyota had a Corolla-based hatch that has garnered so much attention.

Launched in 2019, the Corolla Hatch has drawn praise from the motoring press and simultaneously grabbed a piece of the pie in the sales charts.

A year later and the Japanese company has instituted a product update. This comes after it added its Safety Sense active safety suite to the flagship Xr model.  Toyota says the 'product enhancements are in line with market requests'.

A nice little visual change to the Xr is the addition 18-inch alloy wheels. Toyota waxes lyrical about 'these promote an even sportier stance and elevate the visual drama', but they just look damn cool. The wheels are shod with 225/40/R18 tyres. 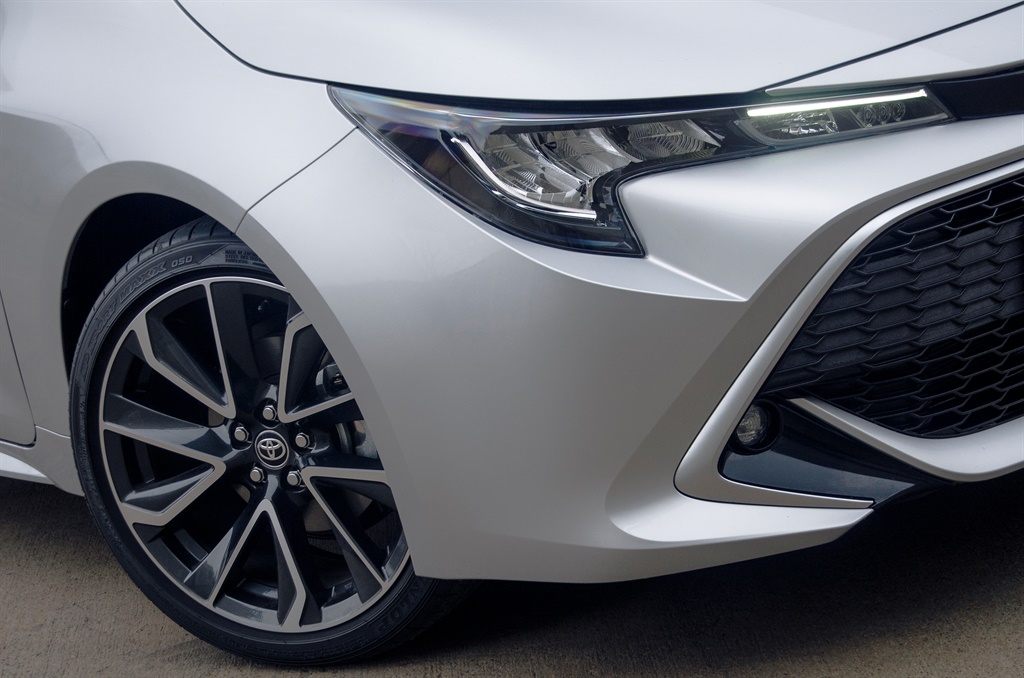 The addition of Apple CarPlay and Android Auto functionality in this part of the segment is a must. Buyers in this segment want the ease of using their mobile phone via the car and the fitment of a new-generation infotainment system across the board allows this.

Navigation applications such as Google Maps and Waze are natively included.

Earlier this year the Xr model was fitted with Safety Sense system that includes Blind Spot Monitoring. The company has now expanded features by including Rear Cross Traffic Alert (RCTA). In essence, it alerts the driver via sound during an alley-docking scenario where passing vehicles or obstacles may be out of visual range.

The colour range has been extended with Graphite Grey and Caribbean Blue added to the monotone list while a new iridescent Red (Fierce Red) replaces Scarlet metallic.

There has been no change to the engine choice, with the 1.2-litre turbocharged with 85kW and 185Nm staying put. Toyota claims a 6.3-litre per 100km average fuel consumption for manual transmission models and 6.4-litre per 100km for the CVT equipped versions.

The gearbox options are a six-speed manual transmission or '10-speed' Shiftmatic CVT.

We live in a world where facts and fiction get blurred
In times of uncertainty you need journalism you can trust. For only R75 per month, you have access to a world of in-depth analyses, investigative journalism, top opinions and a range of features. Journalism strengthens democracy. Invest in the future today.
Subscribe to News24
Related Links
From RunX RSi to Auris TRD – Toyota’s hatchback greats
WATCH: 10 things to know about the new Toyota Corolla Hatch
Next on Wheels24
OPINION | New sketch of 2022 VW Amarok makes us want one even more