Volvo says it reached an important milestone in its powertrain electrification programme with the debut of the new T5 Twin Engine hybrid system in the XC40 SUV.

The introduction makes Volvo the only manufacturer to offer plug-in hybrid versions across its entire product range, while the XC40 T5 Twin Engine is also the only plug-in hybrid car in the premium compact SUV segment.

The T5 Twin Engine marries Volvo’s efficient new 1.5-litre three-cylinder 134kW petrol engine with an 61kW electric motor in a hybrid system that delivers 195kW, making it the most powerful powertrain in the XC40 range. This power is balanced with strong environmental credentials: preliminary figures for CO2 emissions are from just 38g/km (where 19-inch wheels are specified), while combined cycle fuel consumption is expected to be up to 60km/litre, according to Volvo.

The compact, energy-dense lithium-ion battery has a capacity of 10.7kWh, enabling exhaust emissions-free electric-only driving of up to 46km (provisional data), according to driving conditions and battery charge levels. The new T5 Twin Engine joins two diesel and three petrol powertrains in the XC40 range, with an all-electric model joining the line-up next year to provide a truly comprehensive choice.

The powertrain’s efficiency and performance are supported by a new seven-speed twin-clutch automatic transmission, featured for the first time in a new-generation Volvo model. XC40 T5 Twin Engine models come with a recharging outlet on the nearside front wing. A 4.5m cable with a three-pin plug is provided as standard, while a type 2/mode 3 fast-charge cable is available as an optional extra.

Charging via the fast-charge cable will completely recharge the car’s high-voltage battery in as little as 2.5 hours. Fully charging via the three-pin plug cable takes between 3.5 and 6 hours. 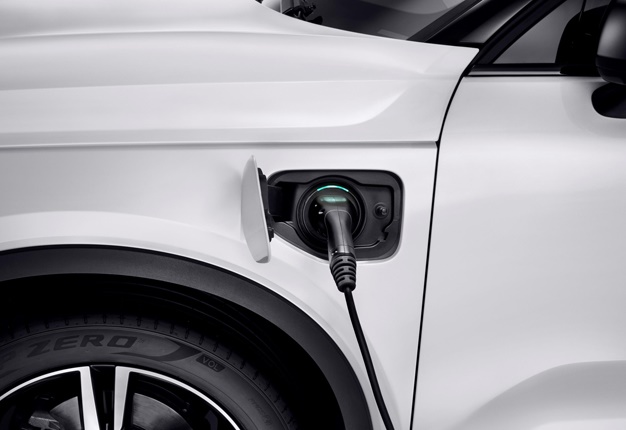 Image: NewsPress
We live in a world where facts and fiction get blurred
In times of uncertainty you need journalism you can trust. For only R75 per month, you have access to a world of in-depth analyses, investigative journalism, top opinions and a range of features. Journalism strengthens democracy. Invest in the future today.
Subscribe to News24
Related Links
DRIVEN: Volvo enhances its alluring flagship XC90
Luxury V40 punches above its weight in Volvo June sales data
Next on Wheels24
WATCH | Next-gen Ford Ranger tested to the extreme in world's toughest conditions