WATCH: 5 cool things you should know about the Hyundai Kona 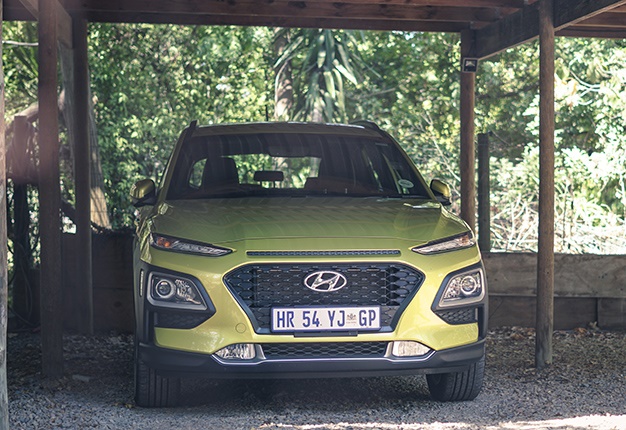 Korean automakers Hyundai and Kia have hit their stride during the last decade, producing excellent, stylish vehicles. The duo has entered the SUV market with funky models and has been riding a huge wave of success ever since.

The new Kona has edgy styling, and is a great improvement Hyundai's already good-looking cars.

The new crossover SUV slots in between the Creta and Tuscon, expanding the options for local buyers. Hyundai says the Kona is named after the coastal region on the Big Island of Hawaii: "The Kona region is well-known to thrill-seeking travellers."

Here are 5 things you should know about the new Kona:

While the Kona shares a similar footprint as its Creta sibling, it is considerably lower and wider. The result is a much sportier, funkier compact SUV for similar money.

2. It has an upside down face

By that I mean that the headlamps are situated on the front apron with the running lamps and fog lights occupy the space closer to the top.

The cabin’s multimedia system comes with Android Auto and Apple Car play which really puts the power of your smartphone into your car’s infotainment system including navigation.

4. It comes in two flavours, both petrol

You can get the Konda with a 1.0 litre turbo with a manual gearbox or a naturally aspirated two litre with an automatic.

And I don’t just mean that the penmanship is that of Luc Donkerwolke (ex Audi, Lamborghini and more), but it is. But also that it looks like it could easily slip into the Citroen catalogue, in a good way.

We live in a world where facts and fiction get blurred
In times of uncertainty you need journalism you can trust. For only R75 per month, you have access to a world of in-depth analyses, investigative journalism, top opinions and a range of features. Journalism strengthens democracy. Invest in the future today.
Subscribe to News24
Next on Wheels24
WATCH: Audi A1, BMW Z4, Mercedes-Benz CLA - Here's how these new SA cars fared in crash tests