ICYMI | Huracan Evo, GTI wrap, C63 AMG road trip... All the reviews you might have missed this week 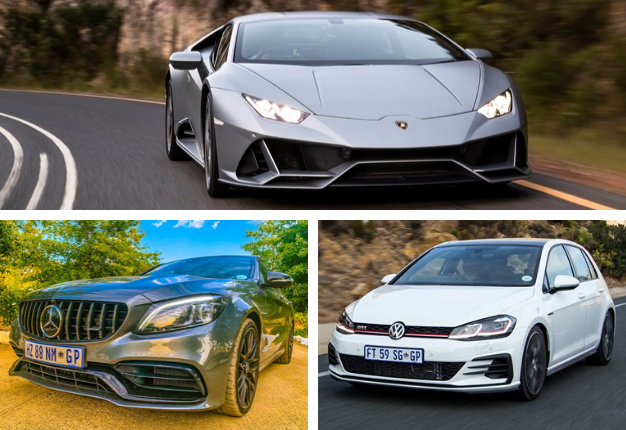 This has been a very good week for the Wheels24 team with regards to road tests and new vehicle reviews.

It’s not every day that you get to drive one of the finest sports cars on the planet. Wheels24 editor, Janine van der Post, got behind the wheel of a Lamborghini Huracán EVO. The prospect and excitement surrounding the experience got Van der Post looking forward to the experience she’s been dreaming about since being a little girl.

She wrote: "When I was a little girl and didn't know much about cars, there was one brand that stirred emotions in my soul that I could not comprehend. Now decades later, I had the chance to drive a new Lamborghini."

The Huracán EVO sells for R5.5-million and is powered by a 5.2-litre V10 engine. The motor develops 470kW and 600Nm, with all of the power sent to all four wheels via a seven-speed dual-clutch automatic gearbox.

READ: What it's like to drive a R5.5-million Lamborghini Huracan EVO for the first time Wheels24’s Charlen Raymond spent time with the C3 AirCross recently. This model forms part of Citroën’s relaunch to the South African market, and is an integral part of the automaker’s attempt at winning back customers.

The C3 AirCross is powered by a 1.2-litre engine. Producing 811kW and 205Nm, the three-cylinder motor delivers maximum torque from 1500rpm.

Raymond wrote: "The turbocharged motor’s (power) is adequate for application in this car. On the road, the engine feels somewhat delayed to throttle inputs, despite the torque being available at a lowly 1500rpm."

The model we had on test was the Shine derivative, sitting at the top of the entire C3 range.

Raymond concludes his thoughts on the C3 AirCross by saying: "This crossover is a left-field option in a segment filled with the likes of Volkswagen T-Cross and, to a degree, the Hyundai Venue. It is not a bad option to consider and it should give consumers food for thought on what the market has to offer." Wheels24’s Sean Parker was the custodian of our long-term Volkswagen Golf GTI. Over the past 12 months, Parker truly put South Africa’s favourite hot hatch through its paces and came away impressed after every test.

With the GTI’s time at Wheels24 having drawn to a close, Parker reflects on why the car left such an impression on him and why it’s such a hit among South Africans.

REVIEW: A swan song to the Volkswagen Golf GTI

He wrote: "The GTI handles superbly well for a front-wheel drive car and offers supreme levels of grip. It's the grip and a lovely weighted steering feel that gave me lots of confidence when driving enthusiastically. Raymond also had the opportunity to spend a few extra days with the C 63 S AMG and opted to take the brawny Mercedes on an in-land road trip. Covering a variety of roads, the C 63 S impressed in a number of ways, and its burly V8 engine kept on ticking without missing a beat.

This Mercedes-AMG is powered by a bi-turbo 4.0-litre V8 engine that kicks out 375kW and 700Nm. While not ideally suited to road trips, especially with that very sporty suspension setup, the car nonetheless did its part to contribute to a memorable trip.

READ: An unlikely companion - Road tripping through the Western Cape in a V8 beast

Raymond wrote: "Cars like the Mercedes-AMG C 63 S are not your ordinary, run-of-the-mill road trip cars; they’re just too… compromised. […] Fuel consumption and stiff suspension aside, this car impressed all round.

"It created smiles more than I thought it would, and it showed that serious performance sedans could double as cross-country road trip machines." Parker also drove the recently-updated Mitsubishi ASX. Two models make up the revised range – a manual and an automatic, of which the latter came in for scrutineering.

Parker said: “It's a really comfortable car to move around the city in, offering good ride comfort thanks to its fully-independent suspension. I found the seats very comfortable and a short drive to Gordon's Bay from the Cape Town CBD proved to be an effortless jaunt with hardly any wind noise creeping into the cabin.”

The ASX range is powered by naturally-aspirated 2.0-litre engine that delivers 110kW and 197Nm. 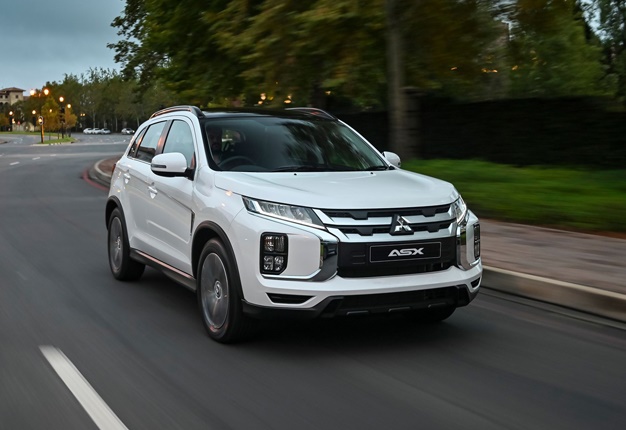 2020 Mitsubishi ASX. Image: QuickPic
We live in a world where facts and fiction get blurred
In times of uncertainty you need journalism you can trust. For only R75 per month, you have access to a world of in-depth analyses, investigative journalism, top opinions and a range of features. Journalism strengthens democracy. Invest in the future today.
Subscribe to News24
Related Links
What it's like to drive a R5.5-million Lamborghini Huracan EVO for the first time
An unlikely companion: Road tripping through the Western Cape in a V8 beast
Next on Wheels24
Haval SA readying for a big move - Here's what you should know about its new Jolion SUV