ICYMI | R.S. Trophy, Seltos, 2 Series Gran Coupe - All the new cars you might have missed this week

While the coronavirus continues to wreak havoc on the South African motor industry, we managed to keep the pot boiling with several stories on new models.

We kicked off the week with BMW's first-ever 2 Series Gran Coupe making its debut. The car covers a number of firsts for BMW, chief among which is the fact that this body shape debuts in the automaker’s premium compact cars. 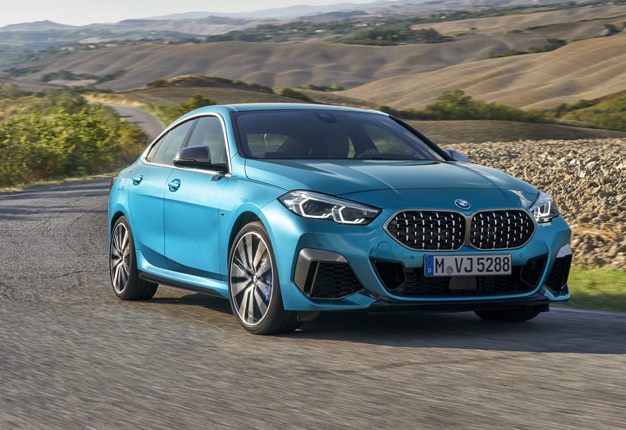 Wheels24’s Charlen Raymond made the best of his time in quarantine by preparing for a braai. To spice things up a bit, he raked in the services of the Suzuki S-Presso to ‘transport’ the wood. In a test of practicality, Raymond loaded 57kg of wood in the S-Presso’s boot.

The car might be small, but its 239L boot got the job done to comfortably swallow the two big bags. Raymond wrote: "Depending on your personal needs and purposes, you want the S-Presso to answer your burning questions. In this instance, I needed to find out how much wood the Suzuki could stack in its boot. Why? Because I love to braai!"

More than an SUV

Wheels24 editor, Janine van der Post, recently drove the Kia Seltos. While the SUV has been around since late 2019, it's been a refreshing addition to the brand's model range line-up.

Van der Post drove the GT Line turbo model, which sits at the top of the Seltos range. This model is powered by a 1.4-litre engine that produces 103kW and 242Nm. A seven-speed dual-clutch transmission sends power to the front wheels.

Van der Post said: 'Not only are gear shifts seamless, but the powertrain is surprisingly fuel-efficient despite being so throttle-happy. It goes from zero to 100km/h in 9.7 seconds, with a claimed top speed of 185km/h."

READ: Why Kia's Seltos is more than just a new SUV in a flooded segment Renault South Africa was readying to launch their new Megane R.S. Trophy on local soil when the coronavirus put a halt to those plans. Though this new hot hatch is expected to see its introduction after the 21-day lockdown has been lifted, we are quietly preparing ourselves for an epic battle between it and the Hyundai i30N.

Raymond took a closer look at why the Trophy could be a reckoned contender and notes several points that both petrolheads and prospective buyers should take note of it.

He wrote: "If Renault gets its pricing right, the Trophy could undercut the i30N by some margin and give the market something to be giddy about. Petrolheads know about Renault's rich history in motorsport, which should count for something." Wheels24's Sean Parker recently took ownership of his long-term Honda Jazz Sport. After little more than a month in custody, Parker reflects on his initial impressions of the car and notes a number of aspects one should be aware of.

In the thick of driving numerous other vehicles, Parker notes that he'd like to spend more time driving the Jazz Sport. Lockdown may limit any driving for all of us, but the excitement only builds in the meantime.

He says: "I'll be grateful to have more time in the seat after the lockdown period, but for now I've enjoyed the comfortable seats, funky styling, and solid build quality.

"For the time being, the Jazz Sport is parked safely in my garage and only needed in extreme cases. In the next update, I'll explore the interior and what the Jazz is like to live with on a practical level." We live in a world where facts and fiction get blurred
In times of uncertainty you need journalism you can trust. For only R75 per month, you have access to a world of in-depth analyses, investigative journalism, top opinions and a range of features. Journalism strengthens democracy. Invest in the future today.
Subscribe to News24
Related Links
Watch out, i30N! Here's why we can't wait for the Renault Megane R.S. Trophy's local debut
Why Kia's Seltos is more than just a new SUV in a flooded segment
Next on Wheels24
All-new Mercedes-Benz C220d - listing its two most prominent rivals

Subscribe to newsletters
Lockdown For
DAYS
HRS
MINS
Brought to you by
Voting Booth
Which of these factors are prohibiting you from buying an electric vehicle as your next car?
Please select an option Oops! Something went wrong, please try again later.
Prices should be more affordable
16% - 192 votes
Our unreliable electricity source
9% - 109 votes
There's not enough charging infrastructure
11% - 129 votes
All of the above
64% - 754 votes
Previous Results
Car Doctor
It may look pretty hot, but black cars are not that cool to maintain