Is the 4 Series the ugliest BMW yet? Reasons behind their most controversial design in years 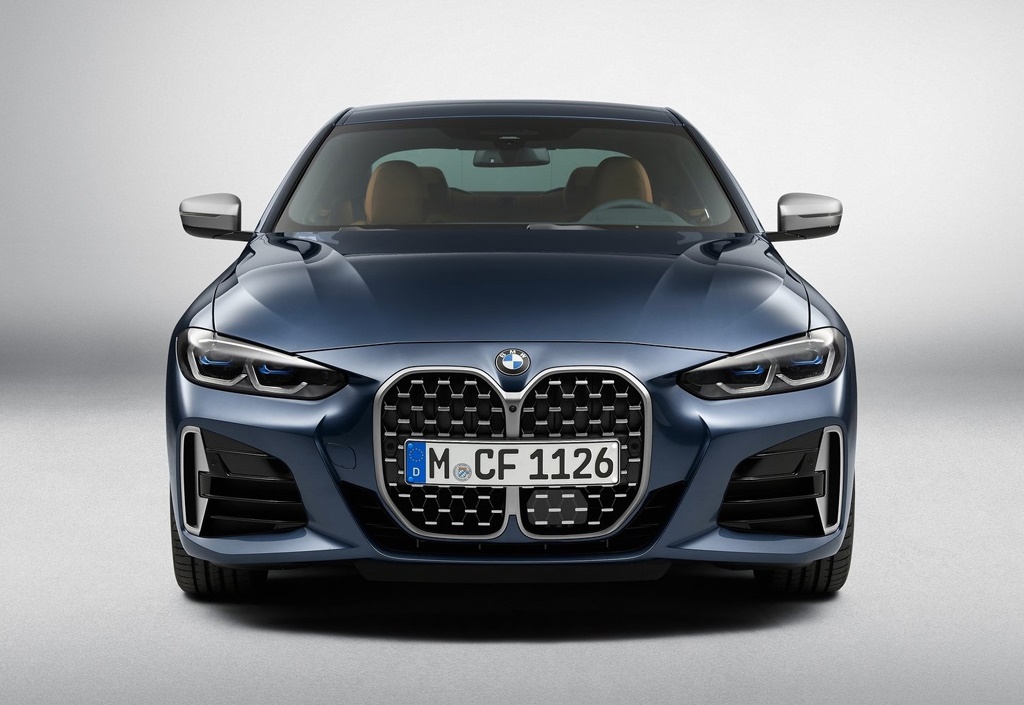 • The massive kidney grille is the most controversial feature

BMW's second-generation 4 Series must rank as the most polarizing new car reveal of 2020.

Teaser images had prepared us for the enormous vertical grille kidneys, but for some, the shock of this new BMW coupe has been too great.

Talk is of early 2000s Bangleism having returned to BMW, with designs which are too radical and have little resemblance to the brand's storied history. Upon reflection, that would not appear to be the case.

There is no question that BMW's 4 Series is not trying to be an Audi A5 clone, which is its natural rival. Its daring appearance and intrepid grille could be considered a pure shock tactic, but is there be something more significant at play, motivating this latest BMW design? What do you think of the new BMW 4 Series design? Do you think it will do well locally? Please email us your thoughts.

It has real BMW roots

The 4 Series configuration is typical BMW. It has a rear-wheel drive biased architecture. The selection of four- and six-cylinder engines remain (mercifully) longitudinal instead of transverse in their mounting orientation, above the front axle. Its core BMW engineering values are indisputable.

Where the 4 Series can claim even stronger BMW lineage, is with regards to its most controversial feature: that controversial grille. The company's original 328 (no, not the E36 of your teenage dreams), had a similar grille design.

One of the most elegant cars ever, BMW's classic 328 was built between 1936 and 1940. It was spectacularly light, at only 830kg, and powered by a 2-litre inline six-cylinder engine. The new 4 Series is clearly paying homage to this icon of BMW design with its oversized grille.

Perhaps the 328 is too much of a memory for most. To many BMW followers, the brand's first-generation 8 Series is considered its most complete and sleek coupe. Much of the 8 Series design appeal, was due to its tiny grille, made possible by pop-up headlights, which allowed for a low-profile bonnet.

Modern crash safety standards don't allow for low-profile designs such as the original 8 Series, with its low bonnet. BMW's current coupe designers face the challenges of the larger frontal area and a bonnet shape dictated by pedestrian crash safety requirements. Expected the minimalist grille profile of an original 8 Series or Z1 on any modern BMW coupe, is unreasonable.

At a time when BMW has transitioned the 1 Series to front-wheel drive and is producing more SUVs and crossovers than ever, the new 4 Series should be celebrated.

It has an audacious design in the classic BMW coupe tradition, with authentic brand DNA, delivering those proven power- and drivetrain configurations that BMW followers have always cherished.

With longitudinal engines, rear-wheel drive and a distinctively sloping roofline the new 4 Series is a proper BMW touring car.

Coupes face fierce competition from crossovers in the luxury car market of 2020 and product planners were aware that the 4 Series simply being a great driver's car, would prove insufficient. It had to look dramatic too, capable of rivalling a crossover for presence, to attract a new audience of buyers.

We live in a world where facts and fiction get blurred
In times of uncertainty you need journalism you can trust. For only R75 per month, you have access to a world of in-depth analyses, investigative journalism, top opinions and a range of features. Journalism strengthens democracy. Invest in the future today.
Subscribe to News24
Related Links
PICS | BMW's new 4 Series leaks ahead of global reveal
BMW is back with more powerful sedans: Here's why the new B57 turbodiesel engines are so good
Next on Wheels24
All-new Mercedes-Benz C220d - listing its two most prominent rivals

Subscribe to newsletters
Lockdown For
DAYS
HRS
MINS
Brought to you by
Voting Booth
Which of these factors are prohibiting you from buying an electric vehicle as your next car?
Please select an option Oops! Something went wrong, please try again later.
Prices should be more affordable
16% - 194 votes
Our unreliable electricity source
9% - 113 votes
There's not enough charging infrastructure
11% - 129 votes
All of the above
64% - 763 votes
Previous Results
Car Doctor
It may look pretty hot, but black cars are not that cool to maintain