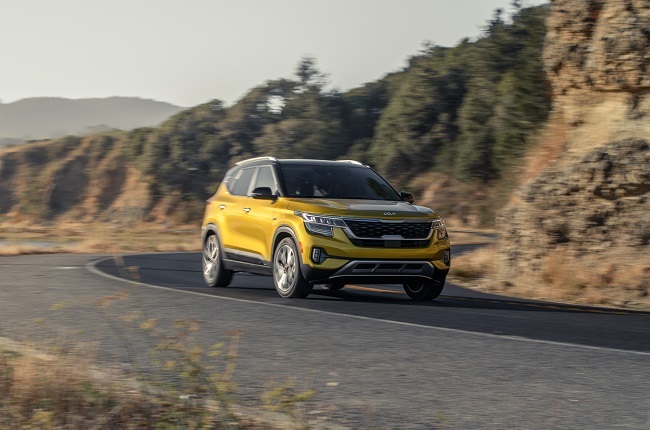 • The Seltos first made its local debut in 2019 and its been a firm favourite since.

• Kia SA says there are no plans currently to launch the Nightfall Edition locally.

Regarding local introduction, Kia South Africa says there are no plans currently to launch the Nightfall Edition with the current Seltos range to remain as it is.

The most significant changes on the model are aesthetic with standard features like the 18-inch machine-finished alloys, a black and chrome-coated grille, LED Daytime Running Lights and optional Sport design roof rails. Under the bonnet is a turbocharged 1.6-litre GDI engine that sends 130kW and 264Nm to all four wheels, courtesy of a seven-speed dual-clutch transmission. Other models in the range employ a 2.0-litre Multi-Port Injection (MPI) Atkinson engine good for 108kW and 178Nm.

The model is also packed with the best standard convenience features like automatic climate control, a 10.25-inch touchscreen display and wireless charging and keyless entry. A rear-camera display, Lane Keep Assist and Departure Warning System, and Blind Spot Collision-Avoidance Assist round off some of the driver assistance features.

Even though it is a special edition, the Turbo Nightfall Edition comes with a wide range of optional extras. Customers in the US can choose between fitting a black or white roof, illuminated scuff plates, boot tray, and an interior light kit.

In South Africa, the Seltos is priced from R399 995 and sits alongside the Sonet, Sportage, and Sorento as the Korean brand's SUV options.

We live in a world where facts and fiction get blurred
In times of uncertainty you need journalism you can trust. For 14 free days, you can have access to a world of in-depth analyses, investigative journalism, top opinions and a range of features. Journalism strengthens democracy. Invest in the future today. Thereafter you will be billed R75 per month. You can cancel anytime and if you cancel within 14 days you won't be billed.
Subscribe to News24
Next on Wheels24
Five decades of ///M - BMW celebrates its sports division with M4 50 Jahre Edition