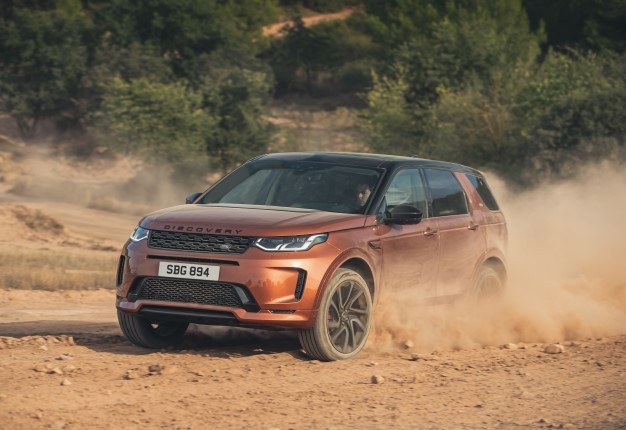 • Range Rover Evoque Autobiography is the new flagship of the range, while new Discovery Sport Black is has 213kW.

• There are also infotainment and tech upgrades offered on both model, which are due in early 2021.

Due to arrive in South Africa in early 2021, the Autobiography nameplate is extended to the Evoque as Range Rover celebrates 50 years. This special edition features distinctive and elegant exterior design accents and a luxurious interior.

Also available for 2020 is the new Evoque Lafayette Edition, featuring a distinctive contrast roof in Nolita Grey. Inspired by fashionable New York City neighbourhoods and based on the Evoque S, the Special Edition features a carefully curated selection of options, and is available exclusively as a D200 model with 147kW.

The 'Discovery Sport Black' brings a sporting derivative to the line-up. Powered by a P290 turbocharged petrol engine producing 213kW for effortless and refined performance, the Discovery Sport Black features a host of exterior and interior design enhancements for the perfect blend of eye-catching looks, family versatility and Discovery Sport’s hallmark all-terrain capability. A new engine option, the D200, is now available for the Range Rover Evoque and Land Rover Discovery Sport in South Africa. It has a output of 147kW and is more powerful than the 132kW D180 engine it replaces.

Both the Evoque and Discovery Sport benefit from the new Pivi infotainment system. According to Jaguar Land Rover the system is ready to go as soon as it's switched on – a separate data plan and battery mean there's no delay. Software updates are available over-the-air via Wifi and can even be scheduled at a time to suit. This ensures customers always have the latest maps, apps and vehicle features without having to visit a retailer.

The system is enabled by a new Electrical Vehicle Architecture and is available as either standard Pivi, or the more advanced Pivi Pro with built-in navigation, from S-specification.

Music lovers will enjoy that streaming service Spotify is integrated directly within the infotainment menu for the first time and Bluetooth connectivity for two phones at once.

There's also wireless device charging with signal-boosting option. The new second-generation Activity Key is also available, allowing customers to unlock any door, lock or even start the vehicle, just by being nearby. Water-resistant, and shock-proof, this wearable wrist device now incorporates an LCD watch. JLR is intent on making the cabin as clean as possible and with the new cabin air filtration system it is a reality. Customers can now even check the quality of the air in the cabin via the touchscreen. The system filters out harmful fine particulate matter often found in cities and high-traffic areas.

This system was added to the to the brand's existing Cabin Air Ionisation feature which filters out fine particulate matter, allergens, pollen and even strong smells. It goes so far to filter ultrafine particulates (up to and even below PM2.5).

By selecting 'Purify' mode, a filtering process starts and continually monitors the air inside the cabin relative to the air outside.

The touchscreen offers reassurance that the air within is cleaner than the air outside.Other technology updates include a comprehensive suite of new Advanced Driver Assistance features for the Discovery Sport, which achieved a five-star Euro NCAP rating.

Other cool features to expect is the new rear collision monitor which uses radars to constantly monitor the vehicle's rear, meaning the vehicle is primed to reduce the severity of an impact for the occupants, while the introduction of a 3D Surround Camera lets the driver see what’s happening around the vehicle at speeds of up to 30km/h, making manoeuvring and even navigating difficult terrain simpler than ever.

By linking up with the ClearSight Ground View and ClearSight Rear View Mirror technologies these several smart cameras stitch together images below the bonnet, while the latter provides an interchangeable rear-view mirror and video screen.

We live in a world where facts and fiction get blurred
In times of uncertainty you need journalism you can trust. For 14 free days, you can have access to a world of in-depth analyses, investigative journalism, top opinions and a range of features. Journalism strengthens democracy. Invest in the future today. Thereafter you will be billed R75 per month. You can cancel anytime and if you cancel within 14 days you won't be billed.
Subscribe to News24
Related Links
Land Rover showcases towing tech for the 21st century
These are the most powerful SUVs you could buy in SA
Next on Life
REVIEW | The Toyota Starlet proves a winning recipe can always be improved