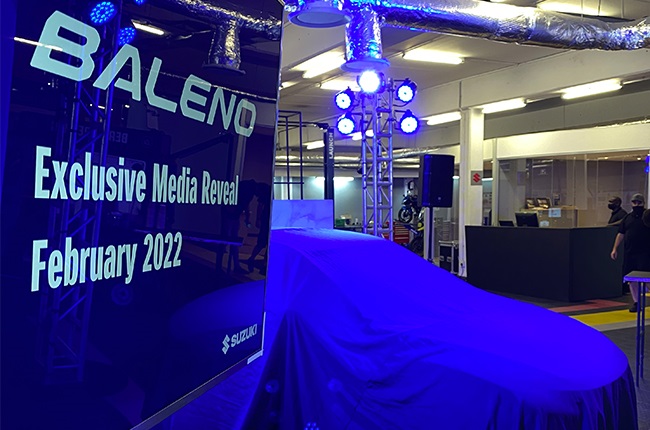 2022 Suzuki Baleno is in SA for homologation before its June 2022 launch.
Pritesh Ruthun

Earlier this week, the world wide web and social media lit up with new 2022 Suzuki Baleno content. We managed to get a glimpse of the version coming to South Africa at Suzuki's local headquarters in Johannesburg to find out exactly which models we're getting.

Only one new Baleno (a high spec auto) is currently in SA for homologation. The factory that builds this model in India will fire up the South African production run from April 2022, and we'll start to receive the first units from June 2022. They won't tell us how much the derivatives will cost just yet, and we can understand that, as the world is turbulent right now due to the Russia and Ukraine crisis. Instead of speculating around prices, Suzuki SA spokespeople said they would release official pricing in June ahead of the vehicle's media launch. Two grades of the 2022 Suzuki Baleno are coming to South Africa: GL and GLX - and both versions are packed to the rafters with features, but we'll get to that in a bit.

The GL will be available for the first time with a self-shifting automatic torque converter transmission. It's the tried-and-test four-speed unit that you get in the current model. However, the engine in the GL and the GLX is new, with more power and torque on offer.

The new Baleno is powered by a 1.5-litre naturally aspirated four-cylinder petrol engine (K15B for the anoraks) that produces 77kW of power and 138Nm of torque. Compared to the outgoing model, that's a 9kW and 8Nm increase. It might not seem like you're getting much oomph on paper, but Suzuki is confident that the lightweight nature of the vehicle, which weighs less than a ton, will ensure swift performance.

What are your thoughts on the Suzuki Baleno? Please share them with us here or in the comments section below. We'll bring you our Launch Drive report in June.

Official performance figures and claimed fuel consumption numbers for all the models coming to SA will be announced closer to launch. The current Baleno is well-appointed already, but the newcomer is raising the stakes in the segment thanks to the addition of premium features that you'd pay lots of extra money for in premium sedans and hatchbacks.

For example, the more affordable GL version comes with cruise control and climate control (as opposed to standard air-con) with rear-mounted air vents as standard. You also get a 7-inch touchscreen infotainment system as standard that supports Apple CarPlay and Android Auto. The car also sports two USB type A slots (one front and one rear) and one Type C (rear) charging port for newer smart devices.

On the safety side of things, the GL is fitted with Hill Hold Control, which was previously not available on this model, and Electronic Stability Programme, dual front airbags with anti-lock brakes, electronic brake-force distribution (EBD) and emergency brake assistance (BAS) and a leather-clad steering wheel with controls for the audio, phone and cruise control systems and electric windows and mirrors. It might be a compact B-segment player, so you'd expect it to be nice, but not 'that' nice; however, the GLX version of the new Baleno will blow your mind and the competition away.

As standard, including all the stuff you get with the GL, the GLX version will come with a more extensive 9-inch high-definition infotainment system. It also supports Apple CarPlay and Android Auto so that you can enjoy Waze, Spotify or Apple Music and other apps. The car also comes with a 360-degree camera system and a head's-up display. Seriously, these are standard features in the new Baleno. 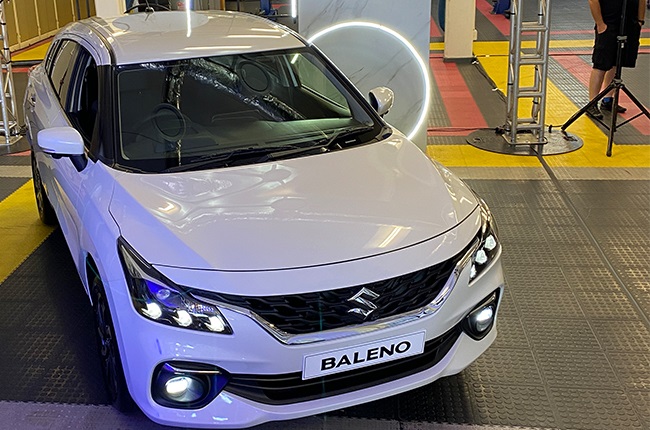 Is it worth waiting for?

The current version of the Baleno in GL format will cost you R221 900 if you go out and buy one this weekend. A range-topping automatic GLX would set you back R279 900 at the moment.

When the new car comes in June, we expect it to cost a little more than current prices, but we think Suzuki will aim to keep the range-topping model under R300 000.

Read: The great disruptor has arrived - we take the Chery Tiggo 8 Pro for its first drive

The car's still built on the Heartect platform that the current Baleno utilises; however, Suzuki says that the platform has been tweaked and that the ride and handling are vastly refined.

After scrubbing around the homologation unit for as long as Suzuki would let us, we came away impressed at what's on offer here. We think this car will talk to junior executives, moms and dads, small businesses that run fleets, and empty nesters. It's smartly redesigned with a fresh design language, and it's going to come with a decent warranty and Service Plan. We think it's worth waiting to at least test drive for yourself and explore as an option before you make any vehicle investment in this segment. 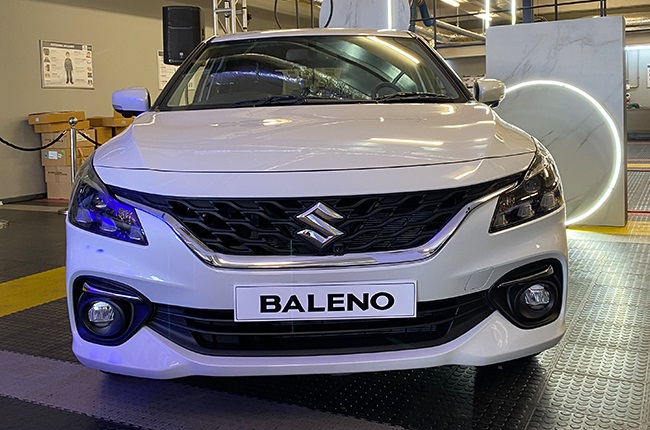 We live in a world where facts and fiction get blurred
In times of uncertainty you need journalism you can trust. For 14 free days, you can have access to a world of in-depth analyses, investigative journalism, top opinions and a range of features. Journalism strengthens democracy. Invest in the future today. Thereafter you will be billed R75 per month. You can cancel anytime and if you cancel within 14 days you won't be billed.
Subscribe to News24
Next on Life
R you ready? We drive the most potent Golf in SA, but here's why VW can't sell it just yet