• Nissan will debut two new SUVs in 2021 the carmaker announced.

• The Terra and Magnite crossover will add to the Japanese brand's local portfolio.

Nissan South Africa announced it will debut its Terra SUV in the final quarter of 2021, adding to its Magnite crossover model also due next year.

The Terra was unveiled in the Middle East and features four-wheel-drive including a four-wheel lock, brake limited slip differential and electronic locking rear differential.

The new models measure in at 4.9-metres in length, 1.9-metres in height and just over 2.1-metres in width – with a ground clearance of 243mm.

It slots in below the Patrol, and Nissan says it 'borrows some design elements' from its big brother.

Under the skin of the Terra sits a ladder-frame chassis. It features a five-link coil spring rear suspension system and rigid rear-wheel axle.

Powering the Terra is a 2.5-litre four-cylinder petrol engine with a seven-speed automatic transmission. The petrol engines deliver 124kW and 241Nm.

The SUV also features a dial on the system that allows drivers to quickly shift from two-wheel drive to a 4x4 drive.

The Terra is fitted with Hill Start Assist and Hill Descent Control while its go-anywhere nature is pumped up with  Brake Limited Slip Differential, and Electronic Locking Rear Differential. 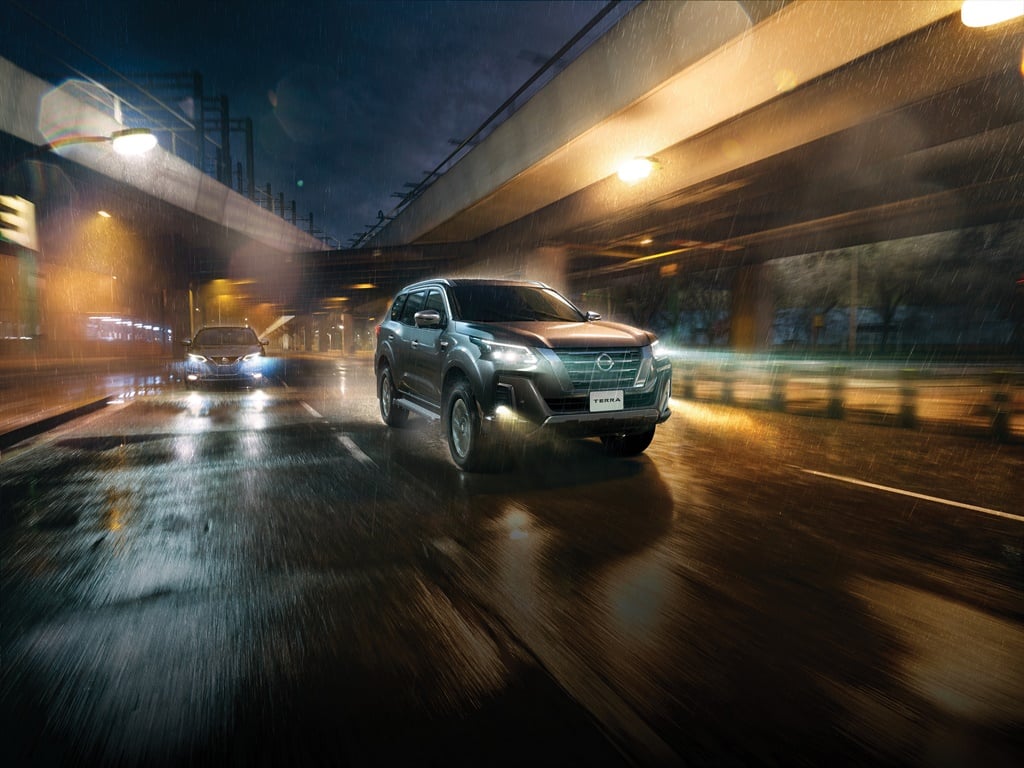 We live in a world where facts and fiction get blurred
In times of uncertainty you need journalism you can trust. For only R75 per month, you have access to a world of in-depth analyses, investigative journalism, top opinions and a range of features. Journalism strengthens democracy. Invest in the future today.
Subscribe to News24
Related Links
Nissan's new Magnite crossover headed to SA in 2021
Could this Navara station wagon become the new Sani?
Next on Wheels24
Traversing Cape Town's quiet streets in Audi's Q3 Sportback