• The Wheels24 team drives the top model in the range, the Corsa Elegance.

Opel has entered a new dawn with its Corsa. Not just globally, but in South Africa, as well.

A few years ago, Peugeot and Citroën (PSA) acquired Opel from General Motors. With the acquisition, PSA sought to become one of the world's biggest vehicle producers, and the purchase put them in good stead for an unknown future. But what the group had no doubts about was that Opel's next generation of vehicles would be built on the same platforms as Peugeot and Citroën's next generation of vehicles.

For Opel, especially, this would be a big win because, under GM's ownership, it was left floundering for breathing room and a place in the sun. Locally, Opel almost disappeared into obscurity, overridden by rival automakers. Its products - while good - failed to make it across the advantage line when it came to convincing prospect owners to sign.

Just a few months into 2021 and Opel is ready to tackle the new year by the horns. With the new Corsa hatchback launching in SA, the automaker looks to make up lost ground and hit the ball out the park. But does it have enough firepower to make an impact on a South African public set in their ways? Coming in for review is the headliner for Opel's new Corsa range, the Elegance model. This car is the only one of the three-model line-up fitted with a turbocharged engine and an automatic gearbox. The 1.2-litre three-cylinder engine offers a punchy 96kW and 230Nm of torque, with a six-speed automatic gearbox transferring power to the front wheels. The ride quality is befitting a model sitting at the top of the food chain, with steering nicely weighted and balanced.

Adding to the ride quality is a car that weighs just 1233kg in top-spec, which bodes well for the engine's willingness to perform. The rear spoiler also does its part to keep the car's rear planted during spirited driving. 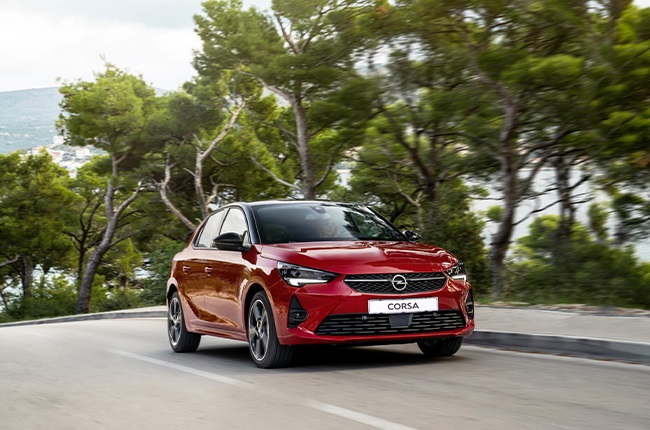 The Elegance model is also the custodian of several features that improve interior comfort. Slide into the driver's seat, and one is immediately made aware of how comfortable the space is. The steering wheel plays home to controls from which to operate the multimedia system and cruise control.

Atop the dashboard sits a seven-inch digital cluster that houses many functions, including Apple CarPlay and Android Auto and a 180-degree view reverse camera. Front passengers are also treated to heated seats.

READ: Why the new Corsa could make or break Opel in SA 2021 Opel Corsa
Quickpic
"Opel South Africa has a long road ahead of convincing the South African buyer that its products are good enough."

When one first hears of the Corsa Elegance's price, it might come as a shock to learn that it tips the scales at R386 900. It's a fair amount of money to spend on a small hatchback, but, in all honesty, it holds up well against its two most formidable foes: The Volkswagen Polo 1.0 TSI Highline R-Line auto (R369 300) and Ford Fiesta 1.0T Titanium auto (R383 300). It then begs the question: Is there even a case to be made for the Corsa?

Well, yes. Opel's PSA adoption (now called the Stellantis Group following the merger with Chrysler and Fiat) was the German automaker's saving grace. PSA saved the brand from an almost certain death, and the new product offering should see a renewed interest in its products. The Corsa Elegance is almost R100 000 more expensive than the Corsa Edition (R294 900). Still, you get a more powerful engine and technologies and features that can rival that of the segment leaders.

For Opel South Africa, though, they have a long road ahead of convincing the South African buyer that its products are good enough. And consumer confidence is not something to be taken lightly…

Would you consider purchasing the new Opel Corsa in South Africa? Email us with your thoughts or use the comment section below. 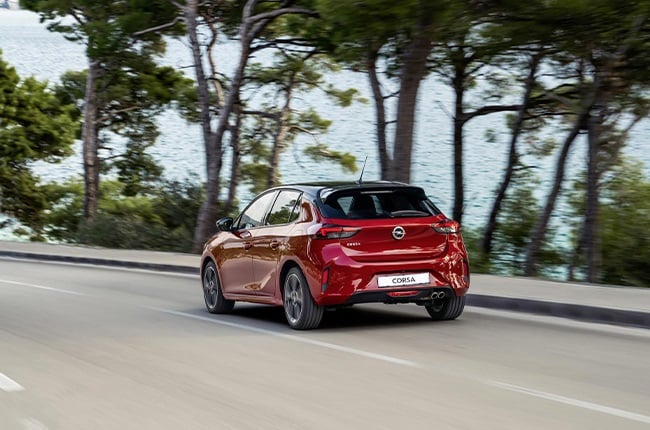 We live in a world where facts and fiction get blurred
In times of uncertainty you need journalism you can trust. For only R75 per month, you have access to a world of in-depth analyses, investigative journalism, top opinions and a range of features. Journalism strengthens democracy. Invest in the future today.
Subscribe to News24
Next on Wheels24
WATCH | Finally, Lotus will reveal its Emira sports car in July