We drive Honda's new BR-V: here's all you need to know about this value-for-money SUV 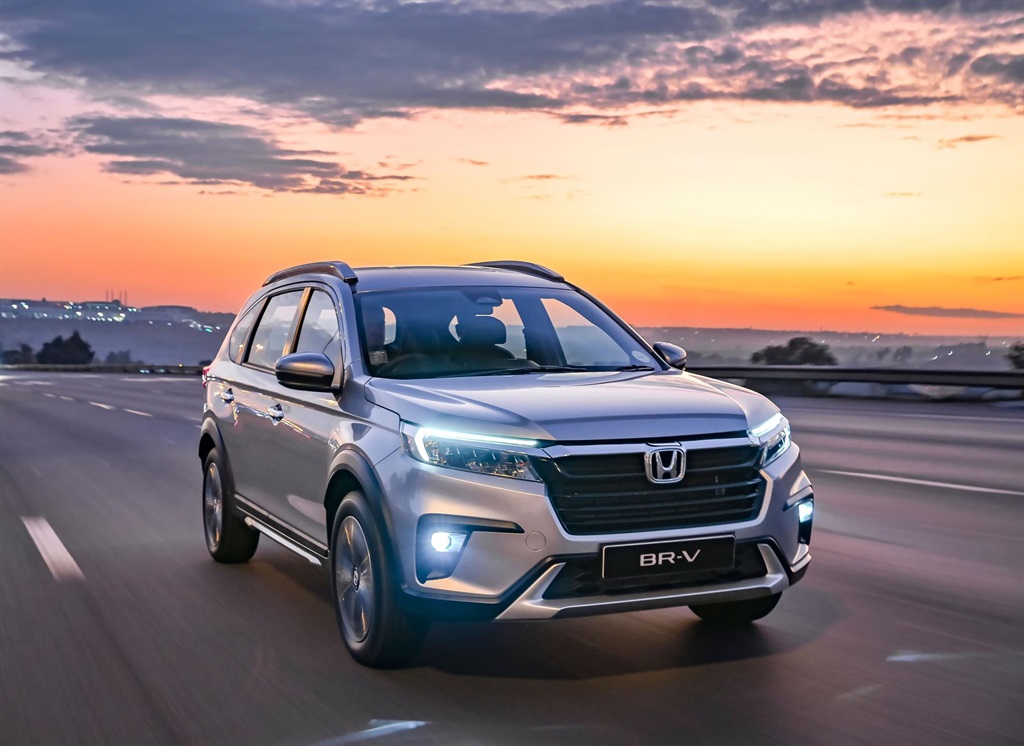 Honda South Africa has launched their third vehicle for the year, and this one could be the pick of the bunch. The new BR-V is a great value-for-money option and has only one real rival.

The Japanese automaker has unveiled its third and last new model for the year, hot on the heels of the new HR-V and Civic RS. This new second-generation BR-V could just be their winner since it has so much going for it. There is, however, one gripe that might take getting used to, but we'll get to that later. Honda has always made really good, reliable cars. There's no arguing about that, and it's probably the biggest reason they have such an incredible legacy. Despite much smaller monthly sales figures than other established brands, they still stand the test of time. They have become more of a niche automaker. Their cars have been solidly built, and their engines have been reliable for years.

An SUV instead of a seven-seater people mover

The new BR-V still comprises all of their values, evident in the build quality of this new vehicle - which is now an SUV instead of a seven-seater people mover.

Although South Africa's SUV market is somewhat oversaturated, Honda's new model fills a gap where there's not too much competition - an affordable seven-seater SUV. Yes, there are MPVs like Toyota's Rumion, the Suzuki Ertiga and the Renault Triber, but these are people movers. Honda says its brand new BR-V is an entirely different vehicle from its previous generation; hence its only real direct rival is Hyundai's seven-seater Grand Creta, which has a starting price of R456 900. Compared to its predecessor, the new model has been reworked from the ground up, from its exterior styling, standard features, technology and increased interior space - even a raised seating position to make it feel like an SUV.

Honda says the BR-V now combines the characteristics of an SUV with the space and utility offered by an MPV. There are three specification levels, only one engine choice and the option of a  manual or CVT transmission.

The first-generation BR-V was launched just a few years ago, in 2016. It represented a good value to consumers by offering customers utility, space and comfort at a competitive price. The BR-V now looks a bit more rugged with a 35mm longer and 45mm wider body, meaning there's much more space for everyone across the three rows of seats.

The body shape is different and is now more dynamic, with solid contour lines that run from the front to the back of the car, accentuating its overall length. The front end has been completely redesigned, giving it a more rugged appearance with a prominent and assertive new grille and newly designed LED daytime running lights and headlights. The rear end also has a new LED rear taillight cluster which blends in with the sculpted body lines.

Roof rails and alloy wheels (16-inch on Trend and Comfort models and 17-inch on the Elegance) round off the BR-V's rugged new look. The colour line-up for the range includes Opal White (Pearl), Modern Steel (Metallic), Lunar Silver (Metallic), and Crystal Black (Pearl). 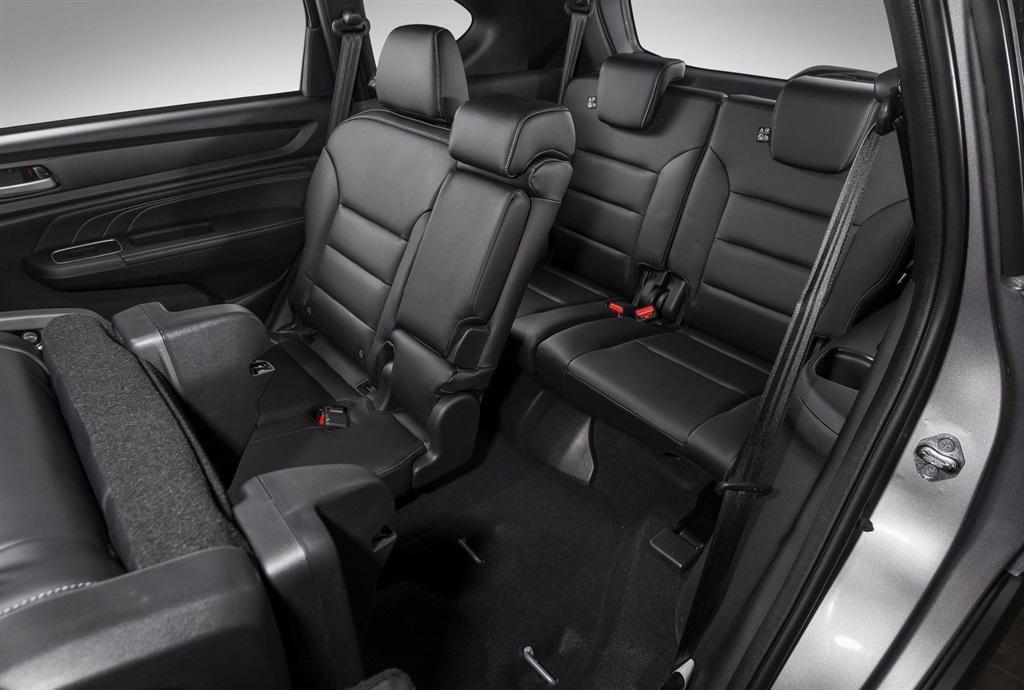 The interior is reasonably uncluttered, with quality materials and finishes throughout the cabin. The fascia showcases Honda's latest design philosophy which is being rolled out across all its latest models. Fabric seats are standard on all but the Elegance model, which – in keeping with its range-topping status – features synthetic leather upholstery and additional trim finishes to differentiate it from the other models in the range.

There's also a lot more leg and shoulder room for second- and third-row passengers, thanks to increased overall vehicle dimensions. The rearmost seats have a 50/50 split and the second row a 60/40 split, allowing for various practical seating and cargo configurations. You can fold the third-row seats down flat if you need more luggage space or need to transport much larger items. Children are often allocated to the third row of seats, but they'll be happy to find power outlets back there, too, in the Elegance derivative to keep their smartphones charged. And, there's aircon for them too. But this is where that little gripe comes in I mentioned earlier. And perhaps, it's bigger than we'd think. The dreaded CVT rears its ugly head here in the BR-V. In recent years, automakers have refined CVTs, making for smoother driving dynamics and less dragging and whining noises. But somewhere along the line, it seems Honda has taken a step back even though the CVT has been specifically tuned for this model. The reason it's so disappointing for me is that the CVT in their new Civic RS has been getting rave reviews since it is much better tuned and is not as obtrusive in the sportier model.

Besides that, the car has enough power to overtake on the highway when needed, but you'll doubt yourself and the car at higher speeds when the same move is required. It drives really well despite the annoyance, and even in more spirited driving the BR-V feels steady on the road and even held its own on a couple of twisting bends. One thing is sure though, is that it's pretty comfortable behind the wheel, and even more so when in any of the passenger seats.

If your family needs a new vehicle for school runs and close daily commutes to work, the CVT won't bother you because the car is great in every other aspect. It's on the highway; when you need to drive at the national speed limit of 120km/h, that it would likely bother you most. Then again, it might not bother you at all, so visit a Honda dealership and judge it for yourself on a test drive.

Besides its new good looks, and added practicality and space, the car is impressively frugal. It has a fuel tank capacity of 42 litres. Honda claims models with manual transmission (Trend and Comfort) only use 6.8 litres/100km in a combined cycle, while CVT models (Comfort and Elegance) return consumption figures of 6.3 litres/100km. We did varied driving on the launch around town and great open roads, where we did some more spirited driving on the latter. Even then, we managed an even better consumption of 5.9-litres on the Elegance model.

The chassis system and body have been re-engineered, with significant enhancements to the suspension, braking, steering and body construction, resulting in improved handling and stability. And you can feel the significant change in its highly improved driving dynamics compared to the previous generation.

The use of 24% higher tensile strength steel means the car is lighter and has improved safety performance and greater body rigidity. Significant improvements have also been made to the NVH performance to minimise engine and road noise intrusion. This has been achieved through changes to the engine mountings and head cover, as well as optimisation of the overall soundproofing through increased application of insulation material to the body structure.

I also think this is such a good value-for-money offering that the BR-V might intrude on the larger HR-V sales for Honda, which was also launched just a few months ago. It ticks so many required boxes that most people look for when buying a new car; the lagging and droning CVT might just be forgivable. How does it rank in the safety department?

Pretty good. Honda says there are a whole lot of active safety features, and this is collectively known as Honda Sensing. As with all Honda models, the BR-V has also been designed using Honda's proprietary Advanced Compatibility Engineering (ACE) body structure technology.

The Honda Sensing suite is only available on the Elegance models and includes the following systems:

All models come standard with a five-year or 200 000km warranty. The Comfort and Elegance include a standard four-year 60 000km service plan. Also included is three-year AA roadside assistance.