Subscribers can listen to this article
• 2021 saw the motoring industry return to some kind of normalcy.
• A variety of cars were launched across segments.
• Three very different cars stood out for Wheels24 editor Janine Van der Post, she shares her reasons.
• For motoring news, go to Wheels24.

We drove many cars in 2021, but three new models stood out for me: cars that encompassed the spirit of driving pleasure cars that just want you to keep driving.

Each of the vehicles below fall under different segments, but these were the most thrilling, and for different reasons:

Naturally, we're always objective in our reporting, but here I have to admit that I own a 1998 Toyota Corolla 20 Valve RSI. While the Runx RSI sits pretty much on par with the Corolla RSI's performance (and most models before it i.e AE, it's the models after it which was a complete letdown for me. The Auris disappointed, and the Supra most notably broke my heart as it was not initially what I expected it to be regarding power figures. The opportunity for Toyota to redeem itself as a performance carmaker missed the mark.

But then Toyota SA brought out three models of the Yaris GRMN a few short years ago, despite it not being made available to the local market, but it was a taste of what was to come... the GR Yaris. It's safe to say the Japanese automaker got its street cred back tenfold with loyal fans.

It's been a long time since a little car made me that happy, and it was a lot more thrilling to drive than VW's highly-anticipated Golf 8 GTI. The little pocket rocket makes 198kW with 340Nm from a three-cylinder engine with close-ration gear-shifting; it's just a thrill to drive. The car comes in two models, either the GR Yaris or the GR Yaris Rally model (R733 600), the latter more than R100 000 more than the base model at R621 900. 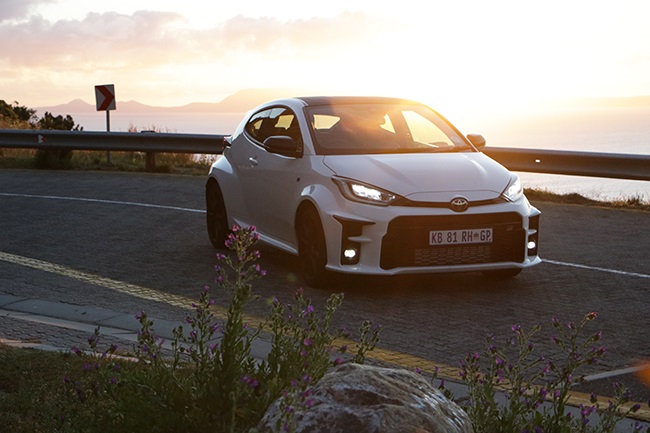 Ford made some shocking announcements last year, including no longer building cars in India. This means the Figo will no longer be sold in South Africa, along with the Ambiente base model of the EcoSport. The American automaker is clearly focusing on SUVs and bakkies for the local market, much to the dismay of many loyal fans of the brand. The writing was on the wall, though, when the Focus and Fiesta ST were discontinued before then too.

However, the Mustang is one of the brand's most iconic cars, and its legacy will live on for a very long time, even if they no longer produce that growling V8 engine in the 5.0-litre models. In January this year, Ford sold 24 Mustangs - and that's quite a tally for such a sports car in today's Naamsa's monthly figures. In 2021, Ford SA brought the limited-edition Mustang Mach 1 to say, in sparing numbers, of course (only 90 units), and all were swooped up before you could blink your eyes. Customers could choose between a six-speed manual gearbox or a ten-speed auto transmission.

With a 338kW V8 naturally aspirated engine delivering 529Nm, this was another one of those cars you just wanted to hear the drone of the engine and power unit under the bonnet purred every time you played with the throttle. The first Mach 1 made its debut in 1969, and to make this most track-focused Mustang set it apart from the rest, Ford tuned the engine for what they call a "reward-to-rev" character. Any car that fires up a roaring engine when you hit the start button is sure to make your heart race and even skip a beat. Now and then, a car like the 911 GTS comes along. A car made for driving, and a car that makes two souls collide and make you feel like one with the machine.

I could go on and wax lyrical, but the truth is few automakers get it right with such mechanical perfection as in this vehicle.

Porsche launched its new Porsche 911 Carrera GTS in South Africa late in 2021, but somehow the automaker trumps itself with each new model. How do they do it? 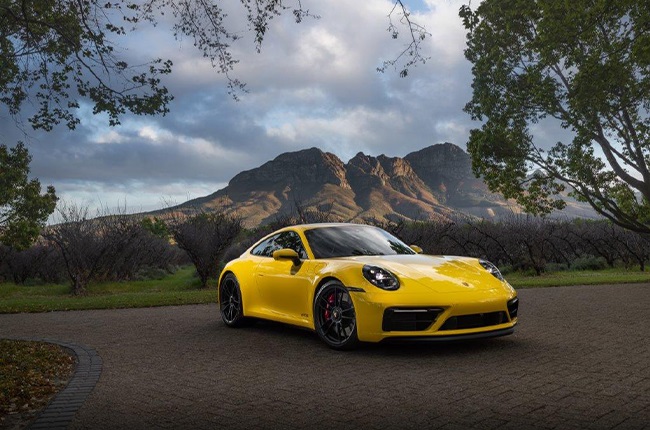 Yes, all Porsches would probably look the same to anyone who is not a true enthusiast. Still, anyone who does appreciate the beauty and craftsmanship of the 911 would immediately notice every change. While the 911 is a timeless beauty, it's not about the looks but the drive, its sonorous harmony and the absolute experience of driving the brand's most successful car - the 911 Carrera.

It's evident that there's a marvellous team of engineers and designers in the wings who manage to evolve the 911 GTS into something better than it's ever been every single time a new model is birthed. The latest offering is more powerful and louder than before without changing the recipe, and it's simply delectable to drive.

The new 911 Carrera GTS is quick, very quick. Did I mention how loud it is? (I am grinning just thinking about it.) Its deep, throaty roar is a glorious symphony. Powering this model is a 3.0-litre six-cylinder turbo petrol engine delivering 22kW and 20Nm more than the previous version. This translates to 353kW and 570Nm which can make the 911 GTS go from zero to 100km/h in 3.3seconds. It doesn't get much better than this.

I chuckled during our launch drive when my driving partner Jeanette unconsciously started speaking louder the deeper my foot compressed the throttle, to the point where she was almost screaming in normal conversation. And then we laughed, and we giggled like school girls like we always do when going through an empty piece of road with loads of twisty S-bends in a sporty vehicle from this German automaker's stable.

My usual Porsche driving partner is Jeanette Kok-Kritzinger (SA's fastest woman behind the wheel; she broke the national speed record in a Mustang once upon a time). Mainly because we can chat about anything under the sun, and mostly because we can each drive at our own pace without having to worry about what anyone thinks. But mostly because she's a damn good driver and knows how to handle any piece of machinery, and she drove the GTS getting every ounce of pleasure out of it much more than I ever could. Quite frankly, she's my role model behind the wheel.

But whether you're driving it or riding shotgun, this is the car you want to chase unicorns in at the end of a rainbow.

We live in a world where facts and fiction get blurred
In times of uncertainty you need journalism you can trust. For 14 free days, you can have access to a world of in-depth analyses, investigative journalism, top opinions and a range of features. Journalism strengthens democracy. Invest in the future today. Thereafter you will be billed R75 per month. You can cancel anytime and if you cancel within 14 days you won't be billed.
Subscribe to News24
Next on Life
OPINION | Stylish, comfy, and frugal: Hyundai's new Creta SUV ticks all the right boxes. We drive it