• We review the Audi A1 in 30 TFSI Advanced guise.

• The car is powered by a 1.0-litre engine with nippy performance.

• The A1 is not exempt from Audi's options list, which include cruise control.

I recall a time when almost every article I read on the Audi A1 concluded the same thing: it's a Volkswagen Polo with a steeper price. Heck, maybe they were right. Maybe the Volkswagen Group - parent company to both Volkswagen and Audi - is taking advantage of the trust global consumers have in their products. And while it may have been unfair to sell a rebadged Polo at a premium, it was a marketing stroke of genius.

What it did was open up a new revenue stream for the four-ring brand as the A1 became the most affordable model in Audi's portfolio. Fitted with small capacity engines and acceptable levels of technological features, the little car garnered the interest of both South Africans and the world. Locally, Audi had sold more than 13 700 first-generation A1s since it came to market in 2011. And in 2019, the second iteration of this car made its South African debut.

We recently drove the A1 in 30 TFSI Advanced S tronic guise, and while Audi has made significant leaps in terms of the product offering, there are some aspects we can't ignore. If there is one thing about the A1 we can't get enough of, it's that drivetrain. Holy moly, what a pleasant engine-gearbox combination! Audi opted to fit the Group's 1.0-litre three-cylinder engine under the A1's bonnet, and we can't disagree that it was a good choice. The mill produces 85kW and 200Nm, channelled to the front wheels via a seven-speed dual-clutch transmission. The car has no trouble increasing its speed, and finding its groove is not an issue. Road holding is another great attribute and should appease many a driver.

The familiar thrum of the three-pot engine makes its presence felt ever so gently, but it does not 'whirr and cough' like many other similar-cylinder engines on the market. Audi has gone to great lengths to keep the cabin as quiet as possible, which only improves the already-impressive driving experience. The A1's cabin has a nice premium feel to it. Everything seems in place, and the materials used come across as durable and are firm to the touch. Even the steering wheel is at home in one's hands. It's a welcoming space and creates a sense that it can match what its bigger and more expensive siblings have to offer.

But here's the catch: for you to truly enjoy the A1's technical features, you have to spend a bit of money. Audi's Technology Package, for instance, is an R10 400 option that allows for, among others Apple CarPlay and Android Auto compatibility, Audi's virtual cockpit, and the Audi sound system. Cruise control? That is part of the R10 810 Comfort package.

So, while the A1 is Audi's smallest car, it is not exempt from the option box. And as welcoming as the interior is, it seems somewhat unfair that you have to pay an additional premium to truly enjoy it - especially when you consider that cars with far lower prices have many of these optional features as standard. 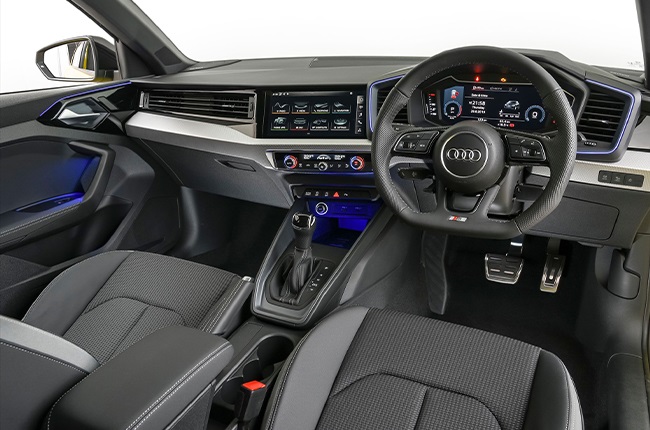 Truth be told, the Audi A1 has come a long way since its 2011 debut, and the latest iteration is proof that it can run with the best Audi has to offer. While not blisteringly quick, it almost emphasizes - again - how a premium city car should drive and handle.

However, while the drive is one of its strongest suits, the list of standard technical features could be longer. There is so much potential in the A1 that you cannot help but wanting it to succeed. And if Audi can somehow unlock the car's true potential by virtue of its standard offering, then they will indeed have a winner on their hands and finally put some distance between it and the Polo. 2021 Audi A1
Quickpic
We live in a world where facts and fiction get blurred
In times of uncertainty you need journalism you can trust. For only R75 per month, you have access to a world of in-depth analyses, investigative journalism, top opinions and a range of features. Journalism strengthens democracy. Invest in the future today.
Subscribe to News24
Next on Wheels24
REVIEW | Five reasons why the Suzuki Vitara Brezza is worth your money