REVIEW: Mercedes C350 e shows that a hybrid future is not bad at all

Cape Town - Let’s be absolutely clear about this: I’m a card-carrying petrolhead.

Some of the absolute best things I have ever done (no giggling at the back please) have happened in cars. I’ve chased Mexican federal police in their tricked-up Dodge Chargers across the Sierra Madre in an SLS AMG. I’ve drifted a C63 AMG around an ice track in Sweden.

I’ve hammered down the autobahn in an RS5 and wafted from Wales to London in a Bentley. I’ve gone dune driving in Glamis, also in a Bentley. I once did a tour of the Kruger National Park in a Rolls-Royce Phantom. These events have all made me deeply happy.

But true Petrophilia isn’t just about the posh stuff. I once drove from Oxford to Paris in a GBP200 Volkswagen Golf and we had the best adventure. I took a friend on a long roadtrip in France in a 1.2-litre Renault Clio. My first car was a 1988 Ford Bantam. It was a wreck, but I loved it.

Equally, it was a BMW 435i Grand Coupe that scythed furiously up the Glen in Cape Town to the hospital in town when a family member fell seriously ill. It was a Volkswagen Kombi that took us on one of the best family road trips we’ve ever had. And, every weekday, I pile the kids into a car and take them to school.

Cars have been at the heart of my most extraordinary adventures but, perhaps more importantly, they’re at the heart of the banality of existence. They get the groceries in and the kids to school and me to the office.

I think this illustrates the diverse roles a car plays in our lives. Nothing beats a V8-powered sports car on the right road at the right time. But the dull corollary of this is the traffic, the humdrum delivering of children to schools and groceries to fridges. This is why I’ve long been converted to the efficaciousness of hybrid cars as urban runarounds. I’ve driven two long-term test Toyota Priuses, a Lexus ES300h and had pretty much every hybrid on the market on test at some time. And they just work. I take great care to note the fuel consumption of the cars I drive and given the repetitive nature of the driving I do, it gives a fairly good comparative indication.

Nothing, but nothing, comes close to a hybrid car in town in terms of fuel consumption. And given the fact that you’re not exactly ferreting around apexes and hanging the tail out on your morning commute, that hybrids are somewhat dull automotive machines doesn’t really matter either. In the eight months I drove the new Prius, my average speed was 27km/h.

This is the very opposite of Recaro seats and carbon ceramics territory - so you might as well go with regenerative brakes and comfortable seats.

During a recent two-day trip to a car park known as Johannesburg I borrowed a rather elegant solution to this dichotomy. It turns out you can kind of have it both ways - at a price. The new Mercedes-Benz C350e is a plug-in hybrid C-Class (made in SA, nogal) with a proper seven-speed automatic gearbox (not the yawn-making CVTs you usually get in a hybrid). It’s rear-wheel drive and provides a rather healthy 205kW and 600Nm from a combination of an electric motor and 2.0-litre petrol engine that will hoof it to 100km/h in 5.9sec. 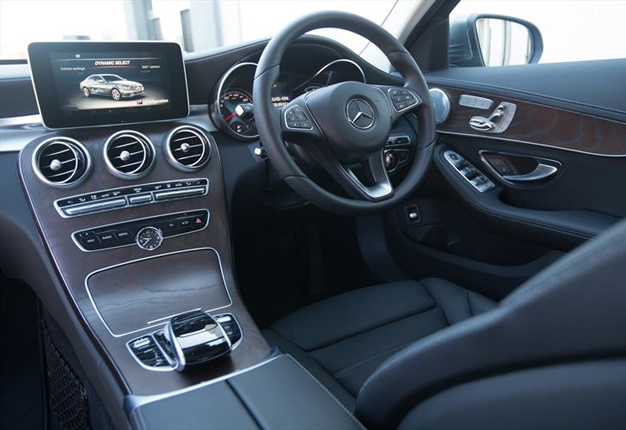 It’s the plug-in bit that counts. The C350e will do around about 30km on battery alone and will recharge from an ordinary plug in two hours. In my life, with short congested trips around the city (and a plug at home and work), I’d scarcely need the petrol engine at all during the week.

The thing that matters is that it’s still a high-end C-Class with air suspension and the best available interior. The C-Class is to me a leader in the segment, and sales in our market would seem to suggest that buyers agree with me. It’s a genuinely pleasant place to spend some time, and to do it while not burning fuel is a bonus.

The nice thing is that you don’t lose out. You can turn your elegant snout towards a distant location and hoof it in your powerful, luxurious rear-drive car. Sure, the consumption then climbs, but that’s fast roads for you.

The C350e to me shows that you can have your fuel consumption cake and eat it. It’s not cheap technology at the moment - you’ll need more than R850 000 for one of these - but it’ll trickle down in time and offer genuine cash savings beyond the strictly environmental arguments advanced at the moment. While it may be true that for the average buyer a C220d will do the job beautifully, the C350e shows that a hybrid future is not a bad thing at all.

We live in a world where facts and fiction get blurred
In times of uncertainty you need journalism you can trust. For only R75 per month, you have access to a world of in-depth analyses, investigative journalism, top opinions and a range of features. Journalism strengthens democracy. Invest in the future today.
Subscribe to News24
Related Links
SA car-building milestone: Mercedes to build first hybrids in Africa
SA-built Mercedes C350 e all charged up
Next on Wheels24
REVIEW | Getting to know the updated Audi A4 35 TFSI Advanced S Tronic