Subaru's Forester has garnered a cult following in South Africa throughout the past two decades, which is odd. We think this vehicle should be more popular (certainly more mainstream with more bums in seats when it comes to month-on-month sales) considering the meteoric rise of the sports utility vehicle (SUV) culture.

It's a no-nonsense kind of family car. The latest versions are packed with advanced driver assistance features, but there's this old-school charm to it. To be precise, we had a go in the recently facelifted version of the Forester in Sport trim, and we came away impressed.

Our test car gave us the confidence to drive through very inclement weather in Johannesburg, and it offered handling that can only be described as the best you'll find in this class - because it's able to change direction like Spider-Man, according to my four-year-old. 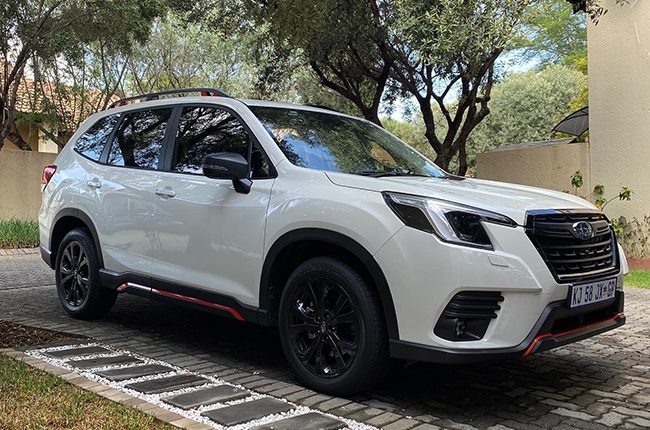 As the heavens opened up during most of our time with the Forester Sport, we had to deal with lots of standing water puddles and large potholes. On one particular stretch of road we use for testing, we had to make evasive manoeuvres left and right to avoid these puddles (they could be hiding potholes too) and broken tarmac craters.

We weren't doing any high speeds at all, but I remained in complete control of the car as we scampered from here to there to avoid damaging tyres, rims, and suspension components. My boy asked why we were jumping around the road like Spider-Man.

READ: Honda's FIT Hybrid an exceptional fuel saver, but we wish more people could afford it

He was spot on about the car being able to change direction like Spidey, thanks to 50:50 all-wheel drive. All the time, you are precisely aware of how much grunt will be sent to the wheels, and you're able to anticipate for slip and understeer accordingly. In variable all-wheel-drive SUVs, they're usually front-wheel drive and only when the car detects front-wheelspin does it shuffle power to the back.

That delay causes a disconnected driver feel. There's no disconnect in the driver feel in the Forester Sport, though, as it goes where you point it, regardless of whether you're on lousy tar or even worse gravel roads. X-Mode is available for really slippery conditions, but we left it in Normal mode for local conditions and let it sort things out for itself, which it did terrifically. 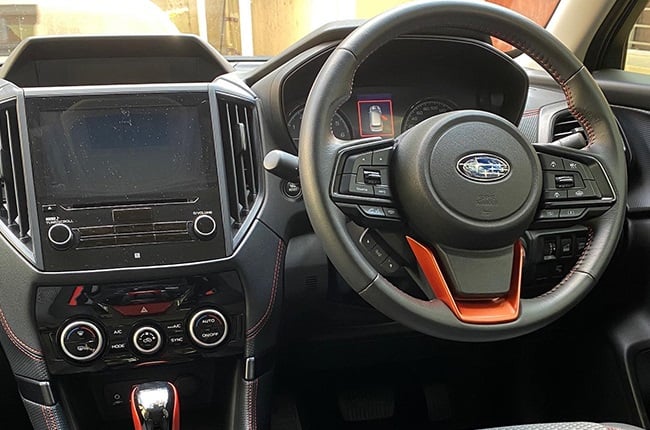 It could do with more poke

As it has a Sport badge on its rump, you'd expect this Forester to warm the tarmac when you unleash the ponies, but that's not the case. It does have a decent amount of power at 136kW and a fair whack of torque at 239Nm, but it can handle so much more firepower as a package. In fact, this version of the Forester would be perfect for a compact boxer turbo engine like we used to get in the Forester XT in previous generations.

The 2.5-litre naturally aspirated four-cylinder boxer that beats under this hood is excellent and sure, it's going to be much more durable in the long term than a boosted engine. Still, we averaged 12-litres/100km, which is within the range of a modern compact turbo engine. If you're paying to feed these horses, we think they should be turbocharged horses.

Nevertheless, if you don't mind stepping on the gas and revving the vehicle out to make haste to overtake safely, you might enjoy its eagerness to pick up revs in this setup. It works well with an intelligent CVT self-shifter that tries to give you this sense that it's actually changing gears. You can tailor the power delivery for a sporty drive or a more relaxed one using the SI-Drive system's buttons on the steering wheel. According to Subaru, 0 to 100km/h will take 9.5 seconds. Claimed consumption is 8.3-litres/100km, but we struggled to get it to use under 10.0-litres/100km around town. 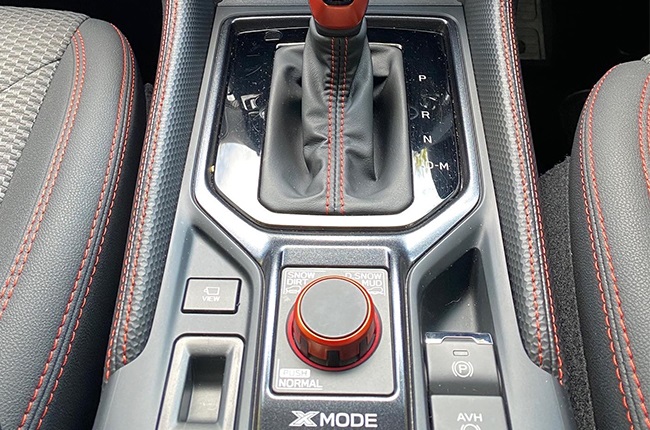 You're paying for the safety tech

This is not a bad thing at all, but when you buy the Forester Sport, you're not purchasing it for its Sportiness. You're actually buying it for its comfort and safety technologies. You see, the new Forester Sport is one of the safest cars Subaru's ever made thanks to the inclusion of EyeSight - an advanced driver assistance (ADAS) package that comes as standard.

The vehicle is fitted with an array of cameras front, rear and each side, and it uses scanners to measure distances to cars and objects around it at all times while you are on the move. It also monitors you inside the vehicle, with cameras and sensors aimed at the driver to ensure you are always alert behind the wheel.

READ: REVIEW | Peugeot's new 208 has the looks to turn heads, but is it better than the VW Polo?

If you are tired, the car will prompt you to stop. The vehicle also maintains following distances and will steer you within the lane as long as you keep your hands on the wheel. Other cars can do this, but it worked flawlessly in the Forester Sport on test.

There was never a moment where the car felt like it was overcompensating with steering assistance, and it didn't waddle between the lines trying to keep you in the centre of a lane. It just worked, with millimetre precision, that you didn't feel like artificial intelligence was at work. Subaru has nailed it here when it comes to driver assistance and safety kit, as you get all this advanced stuff, plus seven airbags, ISOFIX, a large boot (520 litres), and enough space to comfortably carry up to five adults. Is it worth buying?

There's undoubtedly something very old-school and charming about the way the Forester Sport drives in that it offers that sure-footed handling, reasonable body control and solid engineering. Seriously, nothing rattled or squeaked, and this car had some mileage on it already. Yes, it took a couple of drives to get used to the CVT, but once you've acclimatised to the way it works, you'll enjoy its smoothness.

The 4x4 drivetrain is also such a boon, particularly in slippery conditions.

At R599 000, this is not a cheap car, but it is competitive considering some of its rivals (Toyota Rav4, Honda CR-V, Mazda CX-5). If you want something that will last you well beyond the time it's paid up, it makes sense as there's no high-stress turbo system to worry about, but just remember it can get thirsty. You will enjoy its spacious cabin, its comfy seats, the commanding view of the road from the interior and the vibe you get as it's just so well put together and solid-feeling in the hands.

The Forester comes with a five-year or 150 000km mechanical warranty and a three-year or 75 000km maintenance plan.

We live in a world where facts and fiction get blurred
In times of uncertainty you need journalism you can trust. For 14 free days, you can have access to a world of in-depth analyses, investigative journalism, top opinions and a range of features. Journalism strengthens democracy. Invest in the future today. Thereafter you will be billed R75 per month. You can cancel anytime and if you cancel within 14 days you won't be billed.
Subscribe to News24
Next on Wheels24
DRIVEN | Defender 90 D300 HSE: Taking Land Rover's latest tank to the Tankwa