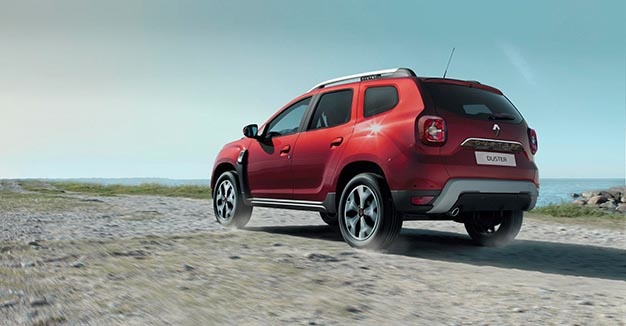 Image: Quickpic
The Renault Duster gets yet another facelift and it will be 2021 before the new generation model comes to India.

The guys at NDTV drive the new Duster Facelift and give you a lowdown on the updates.

When Renault first introduced its Duster a few years ago, pricing for the base model came in at under R200 000. A rugged, off-road vehicle was now finally more affordable and more reachable for owners who previously thought they could never afford something to off the beaten track.

It's become increasingly popular too with Naamsa reporting in excess of 200 figures every month, with more than 17 000 units already been sold since it was launched locally.

The Renault Duster 4x4 has a 1.5-litre dCi engine under the bonnet, mated to a six-speed Dual-Clutch automatic gearbox, packing 80kW and 260Nm. Gear changes are silky smooth and quite fast too.

But my absolute favourite thing about the Duster is its frugal fuel consumption which the automaker claims to be rated at only 5.2-litres/100km. During my stint with the 4x4 version, I managed to reach 4.8-litres/100km on a good day. With ever-increasing fuel hikes, this comes as a blessing.

The interior is different too and it seems even more spacious than before. The upholstery and equipment details are now in a high-quality finish.

It also has an incredibly large boot, one that made me look twice when I had to lean in and reach for some bags I had placed further back.

It might not be a full-on off road vehicle, but I'm pretty sure it could tackle Sani Pass if we tried since it comes standard features including a MultiView Camera, 4x4 Monitor, Hill Descent Control, and Blind Spot Detection.

You could even get through some high rainfall grounds with its 210mm ground clearance. It has an approach angle of 30° and a departure angle of 34° when you need do some more eager all-terrain driving too.
We live in a world where facts and fiction get blurred
In times of uncertainty you need journalism you can trust. For 14 free days, you can have access to a world of in-depth analyses, investigative journalism, top opinions and a range of features. Journalism strengthens democracy. Invest in the future today. Thereafter you will be billed R75 per month. You can cancel anytime and if you cancel within 14 days you won't be billed.
Subscribe to News24
Related Links
Renault Kwid versus Datsun Go: Which has the best resale value at auctions?
Renault's Sandero Stepway Plus punches above its weight in tough segment
Next on Wheels24
REVIEW | Rocky baptism for Ford Ranger Stormtrak en route to SA's star capital