REVIEW | Toyota's new Corolla Hybrid is all about efficiency and technology

• The Toyota Corolla is now in its twelfth generation and on sale in South Africa.

• The line-up consists of several models, including a hybrid model.

• The Corolla first debuted in South Africa in 1975.

The Toyota Corolla is one of the most popular cars ever made, having been an instant success since its 1966 arrival in Japan. South Africa would get its first taste of the Corolla in 1975, signalling the selling and local production of what would become the most successful passenger in the country.

46 years later, the twelfth generation Corolla is on sale in South Africa, with the line-up consisting of several body shapes and models. One of these is a hybrid - the first in the Corolla's history.

Wheels24 contributor Tyrone Paulsen goes for a drive in the Corolla 1.8 Hybrid Xs and explains why it is probably the most important car in South Africa today. 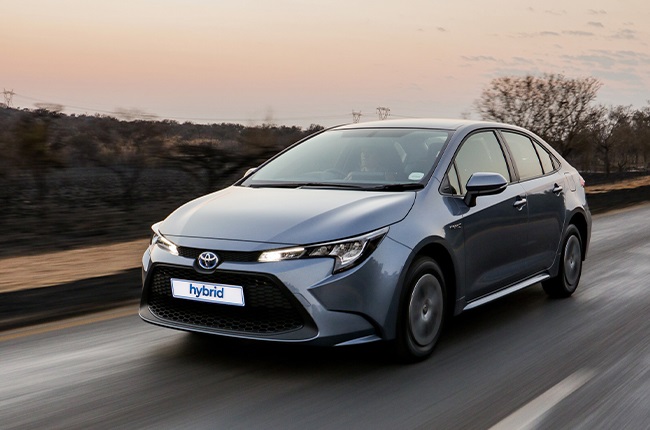 2021 Toyota Corolla 1.8 Hybrid XS
Motorpress
We live in a world where facts and fiction get blurred
In times of uncertainty you need journalism you can trust. For only R75 per month, you have access to a world of in-depth analyses, investigative journalism, top opinions and a range of features. Journalism strengthens democracy. Invest in the future today.
Subscribe to News24
Next on Wheels24
REVIEW | Why more South Africans should consider Fiat's 500 as a next buy