• The latest Kia Sorento wins the 'Large SUV of the Year' in What Car? awards.

• The all-new Sorento is set to be launched in South Africa this year.

Well-known UK car publication What Car? awarded its Large SUV of the Year award to the latest Kia Sorento. 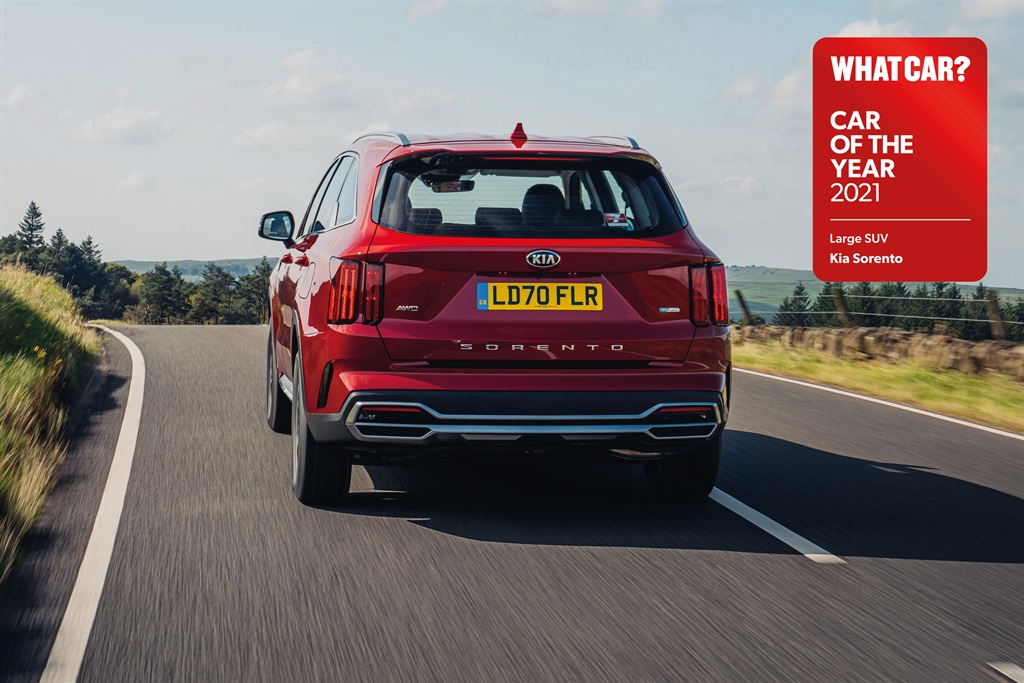 The award is part of the consumer publication's Car of the Year awards and the judging panel said the flagship SUV possessed attributes such as impressive fuel economy, driving dynamics, high levels of standard specification, and exceptional build quality to take the win. "The Sorento's hybrid tech combines good real-world fuel economy with comparatively low CO2 emissions, while the ride is comfortable and the steering accurate. Throw in a nicely made and well-equipped interior, and a driving position that’s lofty enough to make HGV drivers jealous, and the Sorento is an outstanding all-rounder," said Steve Huntingford, Editor of What Car? magazine. "It is always a great honour to receive awards for the vehicles that we produce, and particularly from such well-known and highly regarded publications as What Car? magazine. The fourth-generation Sorento is a car we are very proud of, particularly as it represents the first application of electrified power in our flagship SUV,"  said Won-Jeong Jeong, President at Kia Motors Europe.

Kia South Africa said specification and powertrains for the South African market will be released closer to the local market introduction. We live in a world where facts and fiction get blurred
In times of uncertainty you need journalism you can trust. For only R75 per month, you have access to a world of in-depth analyses, investigative journalism, top opinions and a range of features. Journalism strengthens democracy. Invest in the future today.
Subscribe to News24
Related Links
Kia's new logo embodies 'bold transformation'
Latest Kia Sorento obtains five star Euro Ncap safety rating
Next on Wheels24
FIRST DRIVE | New Opel Corsa finally in SA – the late editions